St. Louis Police confirmed officers responded to a call around 7 p.m. on Saturday for at least six shots that were fired. 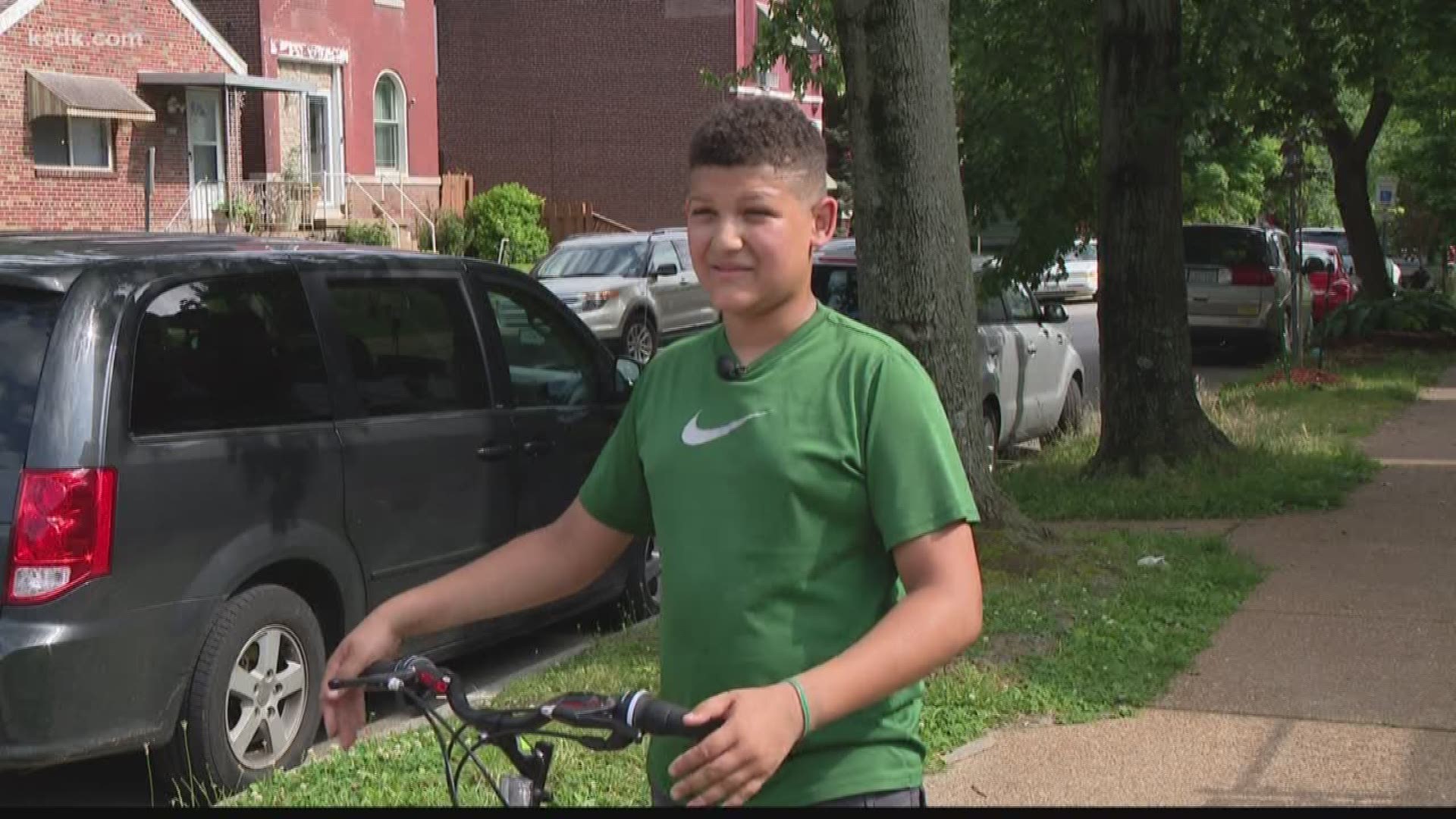 Jon Leonard, 13, was outside with his family Saturday night when they heard gunshots.

"They did a drive-by over there on Michigan," Leonard said. "We saw a bunch of police running down the street. Then, while we were watching that, someone else started firing more shots and then they had to chase them."

St. Louis Police confirmed officers responded to a call around 7 p.m. on Saturday for at least six shots that were fired. No one was hit Saturday, but the shots were fired in the same block where two little girls were shot last Sunday. One of them, three-year-old Kenndei Powell, was killed.

That shooting is just around the corner from where Leonard's family lives.

"If I'm in the wrong place at the wrong time, my little sister could get shot," Leonard said. "Or my little cousin."

"Every night," Leonard said. "It's kind of like a lullaby to go to sleep, but if I'm outside in the day and I hear gunshots near me, it freaks me out."

"This is a nice neighborhood with good people," Swain said. "I bought this home because I love this area."

Swain said the association has had to shut down numerous nuisance properties over the years over issues like drug dealing and prostitution. He said he's heard the incessant gunfire, and he's been threatened for speaking out.

"I've had guns pointed me," Swain said. "They trashed my car."

Despite past retaliation, Swain continues to encourage residents in his neighborhood to push elected city officials to create change. He said law enforcement has a visible presence in the neighborhood and that he sees regular community policing.

"I think it's going to take more than that," Swain said. "It might get to the point where we need to declare Martial Law. I think it's getting that bad."

In spite of his frustrations, Swain said he has not left his neighborhood because he loves his city and his community.

"St. Louis has everything you could want from a vibrant city," Swain said. "But these violent elements reflect negatively on our community and the city. It's not who we are."