Hill was shot and killed Friday night while standing on a porch with his father. 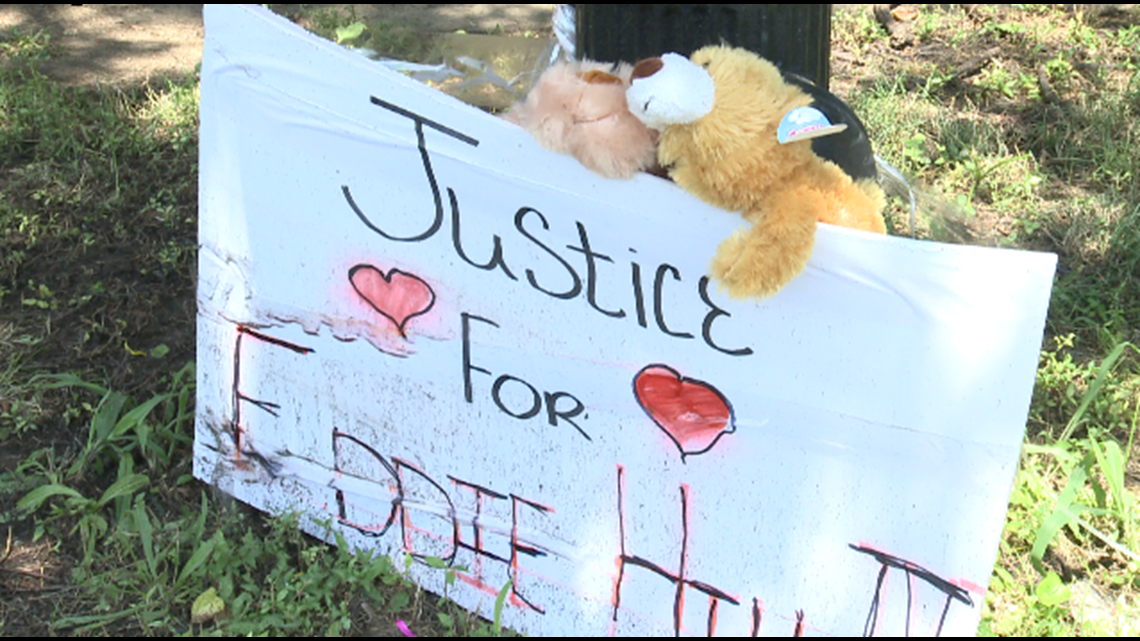 'He was killed in cold blood' | Father recounts moments before son was shot, killed in St. Louis
ST. LOUIS - It's been four days since 10-year-old Eddie Hill IV was shot in front of his home. Since then a memorial was created in front of it with all of his favorite things and a sign that says "Justice for Eddie".

Thursday's vigil was hosted by Better Family Life and featured many faith and community leaders who spoke to the crowd about the need to end gun violence in the city.

Both Eddie Hill III and his wife spoke about their son at the vigil. Hill told the crowd he's speaking out for a cause that's greater than just his son.

"It's not just about Eddie," Hill said. "It's not about the past Eddies. It's about the future Eddies, I don't want any mother or father to go through the pain me and my wife are going through."

Hill told the vigil attendees that people need to "stop what we're doing to each other."

One pastor urged the crowd to come forward if they know who may be responsible.

Hill said he wants people to remember his son for the light that he was to his family and friends.

"He was always a playful boy," Hill said. "He was always enjoying himself. When you come around, he's going to entertain you. He'd made sure you're entertained."

RELATED: 'He was the most loving kid', Family remembers teen, after he drowns in the Current River