In an expanded effort to find him, CrimeStoppers created digital billboards with James Kempf’s photo, contact information and the word ‘WANTED’ in big, bold letters 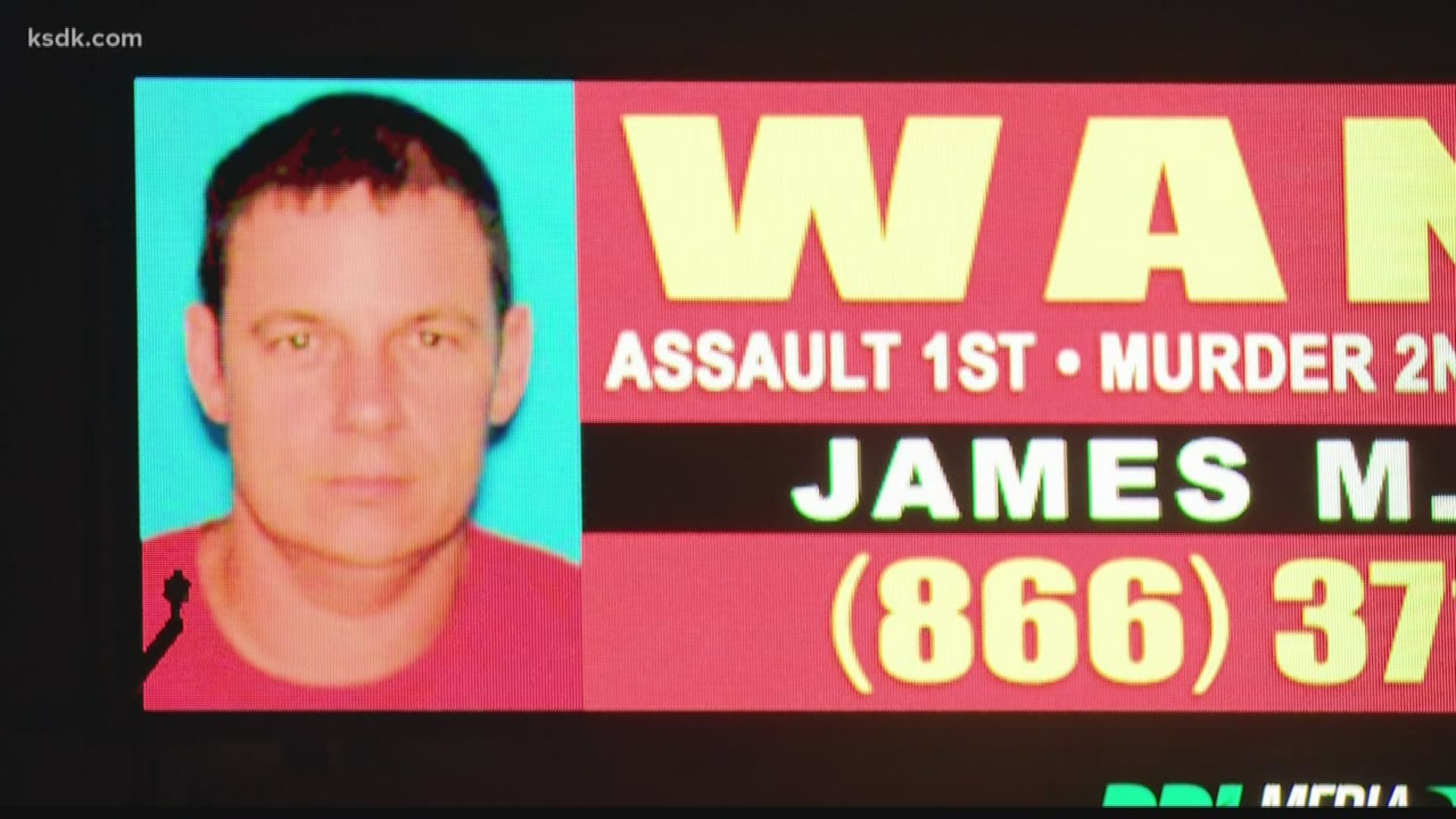 FENTON, Mo. — The face of a man wanted for murder is now being flashed to drivers in St. Louis County.

On Jan. 23, police responded to a home in the 1800 block of Charity Court near Fenton. According to court documents, Kempf went into his wife’s home and shot her in the leg.

The woman’s father was also in the home and tried to intervene in the struggle. Kempf is accused of shooting him in the head. He was pronounced dead at the scene. Police identified him as 66-year-old John Colter of Fenton. A spokesperson for SSM Health confirmed Friday afternoon that Colter was a "beloved" pharmacist with SSM Health. Kempf's wife is a firefighter/paramedic with the Mehlville Fire Protection District.

Kempf fled from the scene after the shooting. Police are still searching for him.

In an expanded effort to find him, CrimeStoppers created digital billboards with Kempf’s photo, contact information if anyone sees him and the word ‘WANTED’ in big, bold letters. Drivers will notice the mugshot on several billboards in the Fenton area.

Neighbors who live near the fatal shooting said they were shocked by what happened.

“We don’t have a lot of crime out here in this area, so obviously it was kind of breathtaking,” Jesse Bean said. “It’s just not something that happens out here that often.”

The fatal shooting happened near Rockwood Summit High School. The school district spokesman said police let them know about the search, but stressed that students weren’t at risk.

"Rockwood School District is aware of an increase in police activity in Fenton," a text message sent to parents said. "Police are continuing a search they began, Friday. Police say the safety of Rockwood students and staff is not at risk and there is no need to take special measures in our schools."

Anyone with information on Kempf’s whereabouts should call CrimeStoppers at 866-371-TIPS(8477).

RELATED: Police: 5 arrested after breaking into Swansea home in the middle of the day, stealing car