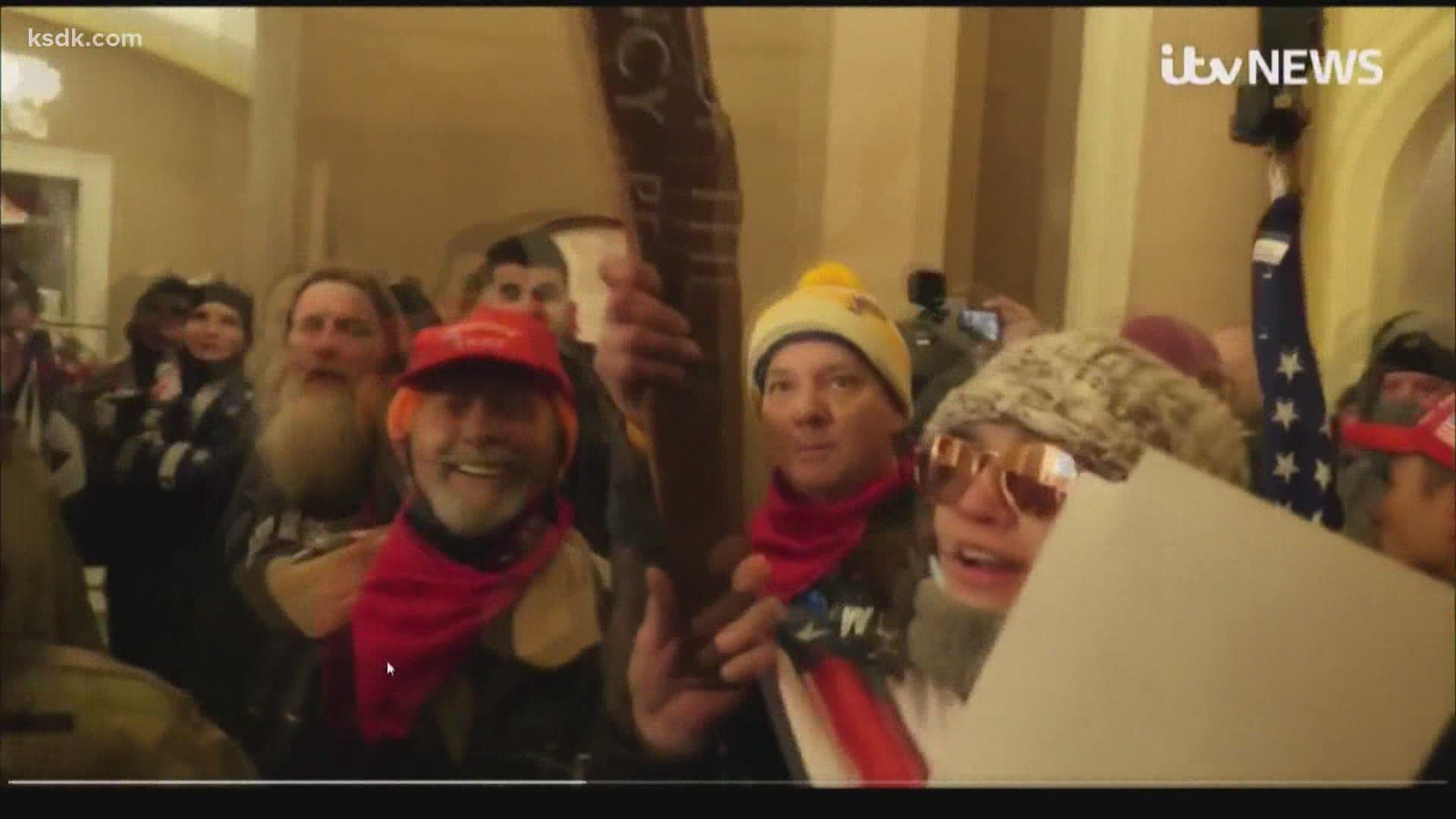 ST. LOUIS — A fourth person from the St. Louis area has been charged in the riot that happened at the U.S. Capitol on Jan. 6.

Nicholas Burton Reimler was arraigned Friday afternoon and made an initial court appearance. He’s charged with violent entry or disorderly conduct and entry of a restricted government building. Both are misdemeanors.

Reimler, 28, is from Cedar Hill, Missouri, which is in Jefferson County.

In his Facebook profile, Reimler shared posts in support of Donald Trump. On Dec. 30, he posted the former president’s tweet calling on people to go to Washington on Jan. 6.

Conversations in the comments indicate he planned on driving with at least two others, leaving Jan. 5 and returning Jan. 7. A federal public defender represented Reimler in his initial court appearance, while he said his family worked out details on hiring an attorney.

Reimler is the latest suspect from the St. Louis area to be charged in connection with the riots in Washington, D.C. more than a month ago.

Charges were announced earlier this month against William Merry and Paul Westover.

Westover’s Lake St. Louis home was the scene of an FBI investigation, where agents were seen collecting evidence they said was in connection with the riots. He was identified in a viral video by St. Louis social media users. He was seen inside the Capitol holding up part of a broken sign from House Speak Nancy Pelosi’s office. Westover was wearing a Blues hat in the video.

Want more breaking news delivered straight to your inbox? Sign up for our 5 On Your Side newsletter.

Merry also was seen in the viral video holding the sign. Court documents include still photos that appear to show Merry holding the sign up and carrying it through a crowd. The documents also reveal he is the maternal uncle of Emily Hernandez, the 21-year-old woman from Sullivan arrested last month for her role in the day's events. She is seen in the photos and video wearing sunglasses.

Hernandez, Merry and Westover were released and their cases will continue in Washington, D.C. courts.

This is a developing story that will be updated as 5 On Your Side continues to confirm details.