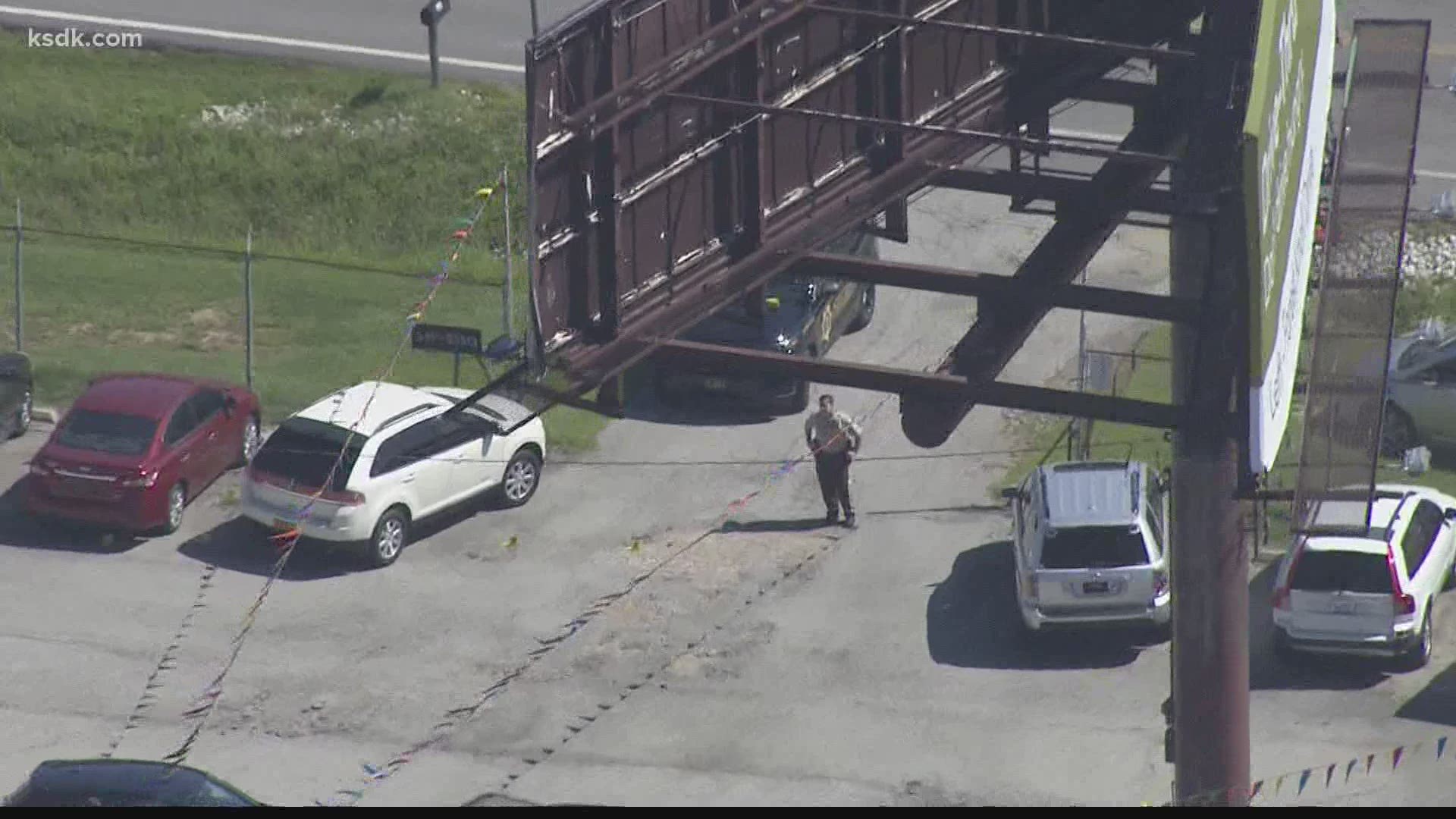 JEFFERSON COUNTY, Mo. — Three people have been charged after a pursuit in Jefferson County Wednesday morning.

It all started when the Jefferson County Sheriff’s Office received a call of people going through cars at Turtle Creek Apartments, in the 200 block of Turtle Drive, around 4:50 a.m.

According to Jefferson County Sheriff’s Office spokesperson Grant Bissell, when a patrol sergeant was on his way to investigate, he noticed something was happening in the parking lot of a used auto lot – BBC Motors – and he heard multiple shots fired.

Deputies found out the shots were directed toward a woman who lives in a house next to the used lot. She heard a noise outside in the car lot and went to check it out. The woman said the suspects were kicking in the window of the used car lot when they noticed her. She asked them what they were doing, and they began to shoot in her direction.

The woman was not hit by gunfire, though it damaged several vehicles on the lot.

A pursuit with the Camry began and eventually both suspects jumped out of the car. One of them had his ankle rolled over by the car and was taken to a hospital before he was booked into jail.

All three of the suspects are from St. Louis. Bissell noted that it’s an ongoing problem of people coming into Jefferson County to commit crimes. He said people are coming in and looking for cars that are unlocked and looking for things that can be sold.

“These people do not appear to value life,” he said.

Bissell said the sheriff’s office wants to remind people to lock their car doors and take out your valuable items, especially firearms.