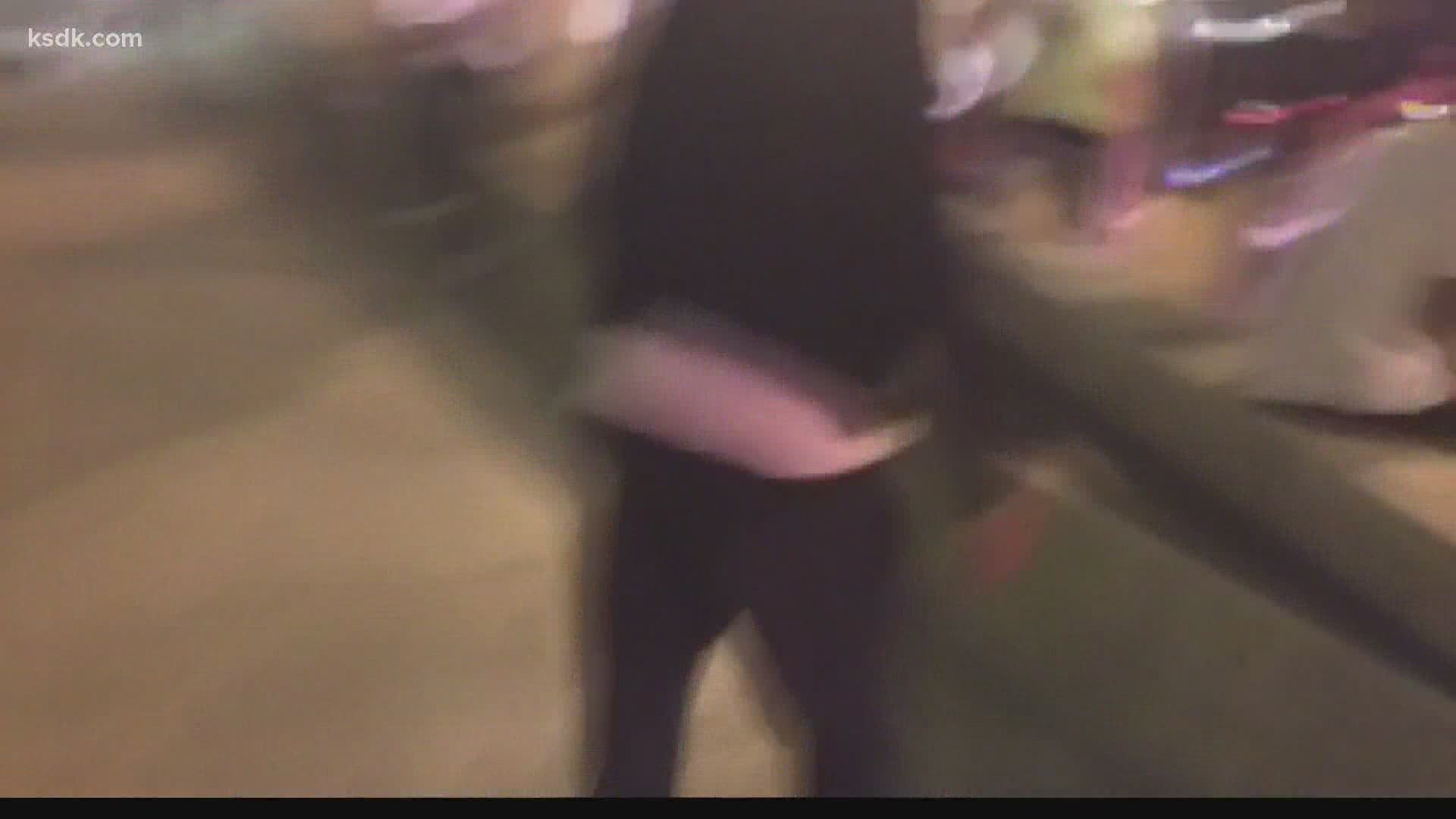 ST. LOUIS — The first week of trial for three white St. Louis police officers accused of assaulting a Black undercover colleague wrapped up Friday with a field trip for the jury, the end of the victim's testimony and three additional witnesses.

The jury started its day at the corner of 14th and Olive streets, where Officer Luther Hall was beaten while working undercover as a protester during the 2017 protests that followed the acquittal of a white St. Louis officer accused of murdering a Black drug suspect.

That night, defense attorneys asserted Hall tried to "secret" himself between a generator and an electric utility box as officers descended on the area. So they rented the same make and model of the generator that was there that night to re-create the space as best as possible, all in an effort to show it was too small of a space for all of their clients to fit into at the same time and beat him.

In all, five St. Louis officers were federally indicted for their roles in the assault. Two, Randy Hays and Bailey Colletta, have already pleaded guilty. This week, former officers Chris Myers and Dustin Boone, along with current Officer Steven Korte, are on trial.

Once the jurors returned to the courtroom, Hall again took the stand. He spent nearly eight hours on the stand Thursday as prosecutors and defense attorneys asked him to recall every detail of the assault and walk through pictures and various videos taken from different vantage points — including his own cellphone.

Every time he talked about the beating, he teared up and his voice cracked.

Defense attorneys continued their strategy of attacking Hall's credibility as well as the credibility of the federal investigation that led to the charges against their clients. They've frequently pointed to the officers who have already pleaded guilty in the case as the ones who assaulted Hall along with several other unnamed officers seen in photographs and videos.

On Friday, John Rogers, who is defending Korte, called attention to the various statements Hall gave to medical personnel and others about how he got injured.

His client is accused of kicking Hall in the face with his boot, injuring his jaw, so he tried to create doubt about how Hall got his jaw injury at every turn.

"Yesterday you testified you didn't fall, you were picked up and thrown face first into the sidewalk," Rogers said.

"That's been my statement since the beginning," Hall said.

On redirect, First Assistant U.S. Attorney Carrie Costantin noted how Hall didn't tell the medic he first encountered about his neck pain but circled his neck on a diagram to indicate that was where he was experiencing pain.

She also asked if it was unusual for the department not to disclose to other officers he was working undercover — another point defense attorneys have made, alleging commanders didn't tell officers there were undercover colleagues out there.

"In the past, if the department would put that out there, it would get leaked out to the media or the protesters," Hall said.

"So the fewer people who knew, the better?" Costantin asked.

Hall also reiterated the officer who kneed him in the back was the same officer who took the battery out of his camera — an offense for which Myers is accused. Prosecutors are alleging Myers was trying to destroy evidence, but his attorney Scott Rosenblum focused heavily on pictures showing what he believes is Hall's cellphone feet away from Hall during the assault.

Costantin ended her redirect by asking Hall to once again tell jurors where his hands were during the arrest.

He again teared up and explained he held his cellphone in one hand and his camera in the other hand in front of his body as officers approached him. He told jurors he was then tackled from behind, picked up and slammed again into the sidewalk. He said officers kept shouting to put his hands out but that he couldn't because they were standing on his arms.

Jurors also heard Friday from the orthopedic surgeon who performed a spinal fusion on Hall's neck months after the assault, the officer who drove Hall to the medic tent after the beating and the FBI agent who led the federal investigation.

Rogers spent the most time cross examining the FBI agent, noting his client wasn't charged until a year after the first four officers were charged. He noted the only way his client's name came up was in text messages Hall's friends sent him as they relied on "nothing but rumors" to find out who was involved in the assault.

The trial is scheduled to conclude March 26, with testimony expected to resume Monday.