"I want them to know that they can destroy a sign, but they cannot destroy a movement, and this movement is very powerful," said Pastor Barbara Gadon 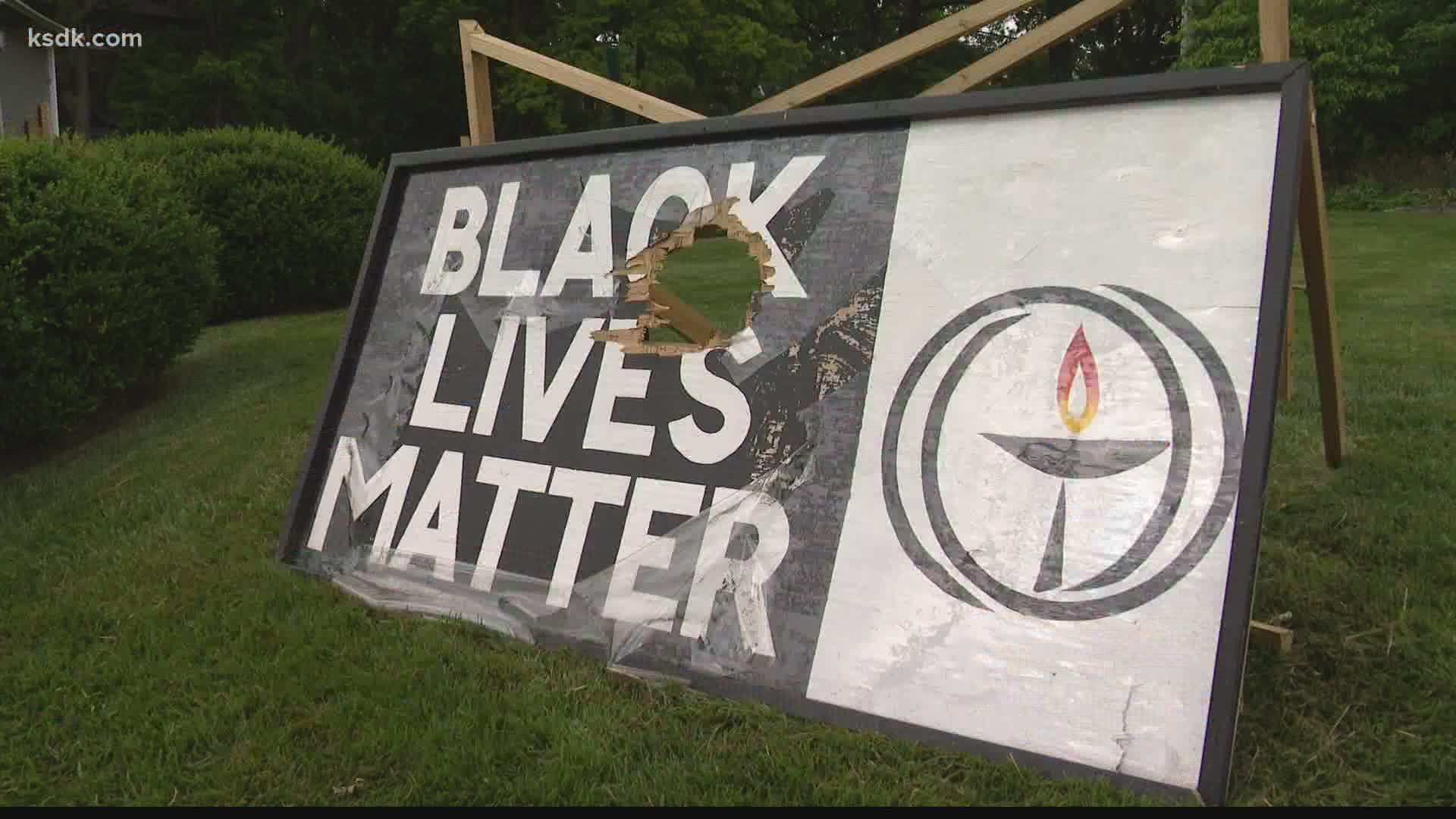 KIRKWOOD, Mo. — "I made that sign for Eliot and we haven't had any problems until now," said Sunset Hills resident Bob Becker.

Six months ago Becker was glad to make a Black Lives Matter sign for his church, Eliot Unitarian Chapel in Kirkwood.

"It's something that the church wanted and Eliot felt strongly about, social justice," said Becker.

Since the death of 18-year-old Michael Brown in Ferguson nearly seven years ago, members and church leaders at Eliot Unitarian Chapel have taken a stand against racism, police brutality and other issues.

Every Tuesday night the church holds a vigil for hope and healing.

On this Tuesday night the moms, dads and their kids were back holding their signs and speaking out against crimes against their church.

"I just think the people who did this are misguided," said Bob Becker.

Becker's talking about the bold vandals who damaged their historic church's Black Lives Matter sign that sits on the front lawn.

On May seventh, the culprits pushed over the sign.

"The next time they kicked a hole in it and tore the plastic," said Bob Becker.

Just after midnight Monday, the vandals went back to the church that's across the street from Kirkwood Farmers Market.

"It's just painful," said Church member, Deborah Eldarrat who demonstrated with her husband and their 7-year-old daughter.

The "painful crimes" on sacred grounds are disappointing, but they are not deterring this church family.

"To the people who did this, I want you to know that you can destroy a sign, but you cannot destroy a movement and this is a powerful movement," said Senior Pastor Barbara Gadon.