Once the investigation is complete, the findings will be referred to a prosecutor for an independent charging decision, which could include a hate crime enhancement 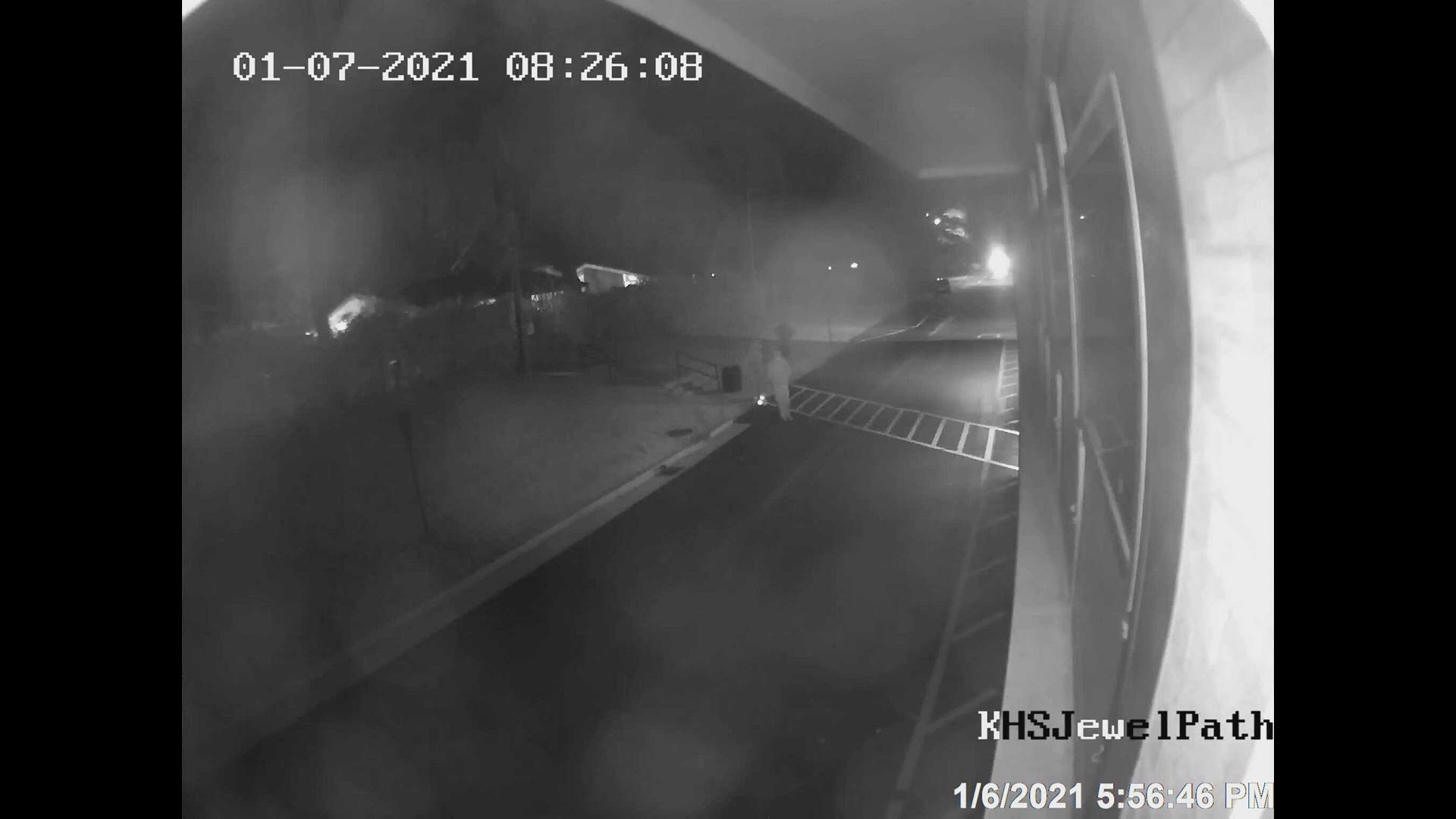 The department Monday released surveillance video and images of three people who spray-painted the exterior of Kirkwood High School on Jan. 6. Police said the suspects may also be responsible for vandalism at the district's two middle schools that occurred that same night.

Surveillance video shows three people approach the high school with cans of spray paint. They are all wearing hooded sweatshirts and at least one of the suspects is wearing a face covering. After a car pulls into the parking lot and flashes lights toward the three suspects, they run away.

The City of Kirkwood said in a statement last week that once the investigation is complete, the findings will be referred to a prosecutor for an independent charging decision, which could include a hate crime enhancement.

After the graffiti was discovered and reported, the district's superintendent sent a message to students, staff and parents.

"Our staff members, the District administration, and the Board of Education strongly condemn racism, hate speech, and acts of vandalism. We are dealing with this head-on. We are continuing the important conversations and education on racial equity for our entire community. Each building principal and counseling staff addressed this situation with their students, staff and families," Kirkwood School District Superintendent Dr. David Ulrich said in part in a statement.

Anyone who has information about the incidents is asked to contact Kirkwood Police Detective Jennifer Burton at 314-984-6902 or Burtonjl@kirkwoodmo.org.