Michael Campbell is accused of shooting a suspected thief and dragging him into a field where he died. 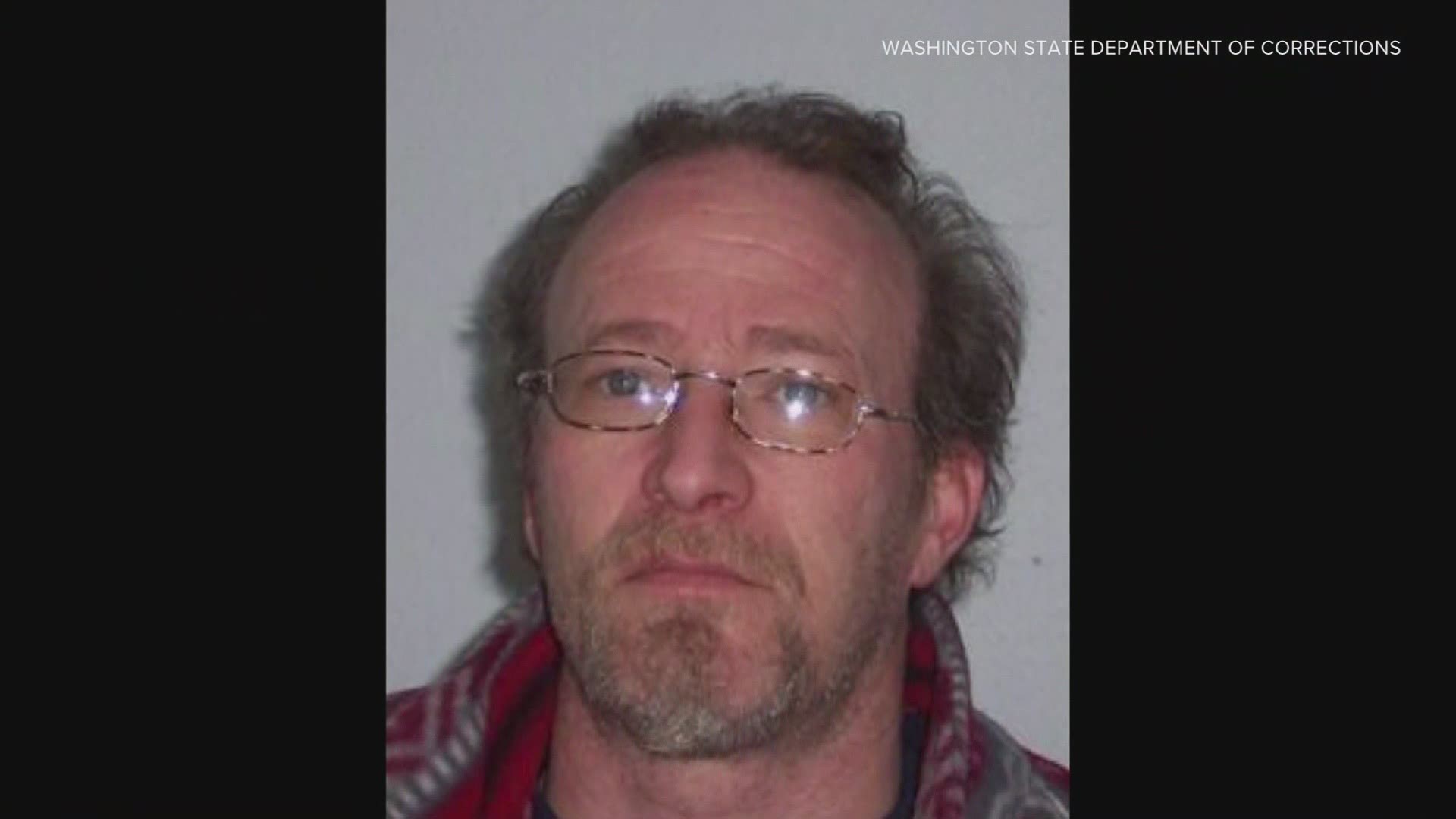 LAKEWOOD, Wash. — A 54-year-old man is accused of shooting and killing another man who was attempting to steal a catalytic converter from his truck, and then dragging the man's body behind the truck and dumping it into a field in Lakewood.

The victim was identified by the medical examiner as Brent Peltomaa, 40.

According to court documents, Michael Scott Campbell told police he was sleeping in his Ford F-150 around 3:45 a.m. Saturday when he was woken up by someone attempting to saw the catalytic converter off his truck.

Campbell told police he saw two legs sticking out from under the truck when he opened the passenger door and fired “straight down” at the suspected thief. Campbell said he then fired two more shots at the man, according to court documents.

The man attempted to get into his vehicle but collapsed, court documents say. Campbell told police he then tied the man to the ball hitch of the F-150. Campbell said he dragged the man into a nearby field and left him.

Campbell told police the suspected thief was still alive and talking when he was tied up and dragged to the field before being abandoned, according to court documents.

Credit: Department of Corrections
Brent Peltomaa, 40, was killed after allegedly trying to steal a catalytic converter from a truck in Lakewood, Wash. on June 12, 2021.

According to court documents, a truck driver was sleeping in their vehicle in the parking lot where the incident took place and was woken up by a loud noise. The witness told police he saw two men in the parking lot in front of his truck and recognized one of the men as Campbell.

Shortly after, documents say, the witness saw Campbell get into his truck and began dragging an object behind the truck through the parking lot to the field nearby.

The witness told police Campbell was in the field for about a minute before he drove back to the parking lot. The witness called 911 and “narrated the events to the 911 dispatcher because of the suspicious nature,” according to court documents.

After Campbell returned to the parking lot, the witness said he saw Campbell get into Peltomaa’s vehicle, drive away, and return a few minutes later on foot. Campbell was then seen picking up items on the ground around the area and drove off in the F-150.

When officers arrived, they found a “significant” amount of blood in the gravel parking lot, along with tire marks and a “distinctive drag mark.” Authorities were able to follow the drag mark directly to Peltomaa’s body, according to court documents.

The witness told police the blood was in the same location where they had seen Campbell and Peltomaa’s vehicles parked earlier.

Responding officers were able to locate Peltomaa’s vehicle from the witness description and discovered blood on the inside and outside.

While officers were interviewing the witness, a white Ford F-150 drove past the location and was pointed out by the witness.

Officers pulled the F-150 over near 100th Street and South Tacoma Way. The witness was taken to the traffic stop and identified the vehicle and driver as the ones involved in the incident in the initial 911 call, court documents say.

The driver and registered owner of the F-150 were identified as Campbell.

Campbell’s vehicle was impounded and searched. According to court documents, there was “obvious amounts of dirt on the tires and rims” along long, yellowish grass that was similar to the type of grass in the field where Peltomaa’s body was found.

Investigators also discovered a Browning Highpoint 9mm pistol in the F-150 and green rope that visually matched rope found at the crime scene.

Campbell is accused of second-degree murder and kidnapping. He also has previous felony convictions and is prohibited from owning firearms. He is scheduled to appear in court on June 28.

"The reason they’re going after the catalytic converter is to recycle the precious metals that’re inside," said Sgt. Darren Moss Jr. of the Pierce County Sheriff's Department. "That process is not one that anyone can do, you have to take it to a recycling center that will extract the metal from those converters."

Those metals have made converters a prime target for theft.

Numbers from the Pierce County Sheriff's Department show that more converters have been stolen in the past six months than the past two years combined.

Police say tracking down the converters can be challenge, given how fast they can be taken and where they end up.

"We posted a video on Facebook, and it only took 30 seconds from the time they got out of their car to get back in their car and cut the converter off the vehicle," Ross said. "The issue now is where are all those converters going, who is the person collecting them, which recycling center is doing all of this for these people."