Laundromat owner: After being beaten and robbed, clerk shoots suspect

Two men in their 30s went into the store and stole $300. In the process of robbing the place, the two men beat the 60-year-old. 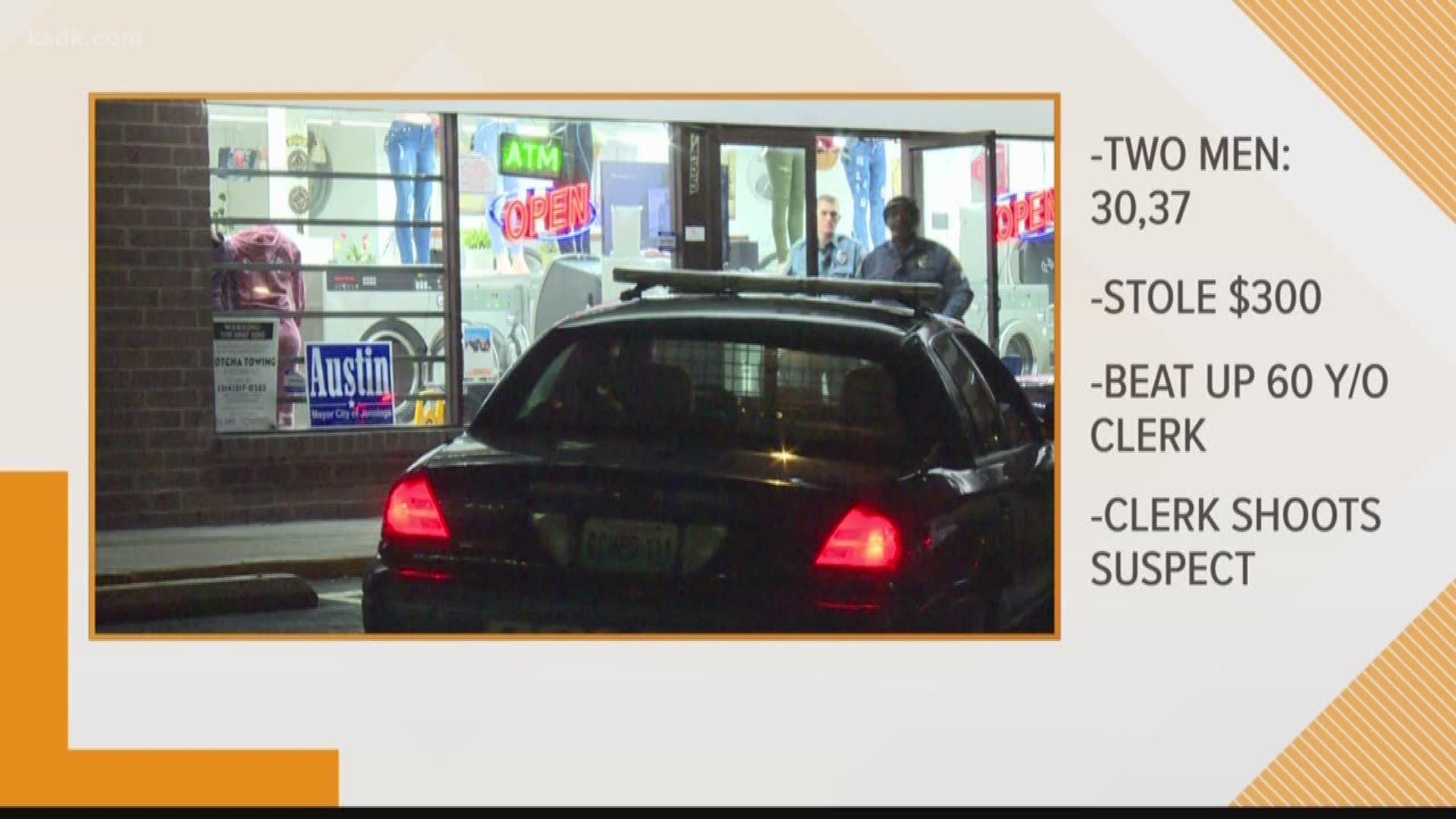 ST. LOUIS COUNTY, Mo. – A laundromat was robbed early Wednesday morning and a 60-year-old clerk shot one of the robbers, while the other one was able to get away.

The owner of Mally Laundromat, Moe Mally, told 5 On Your Side he left his store before midnight and got a call about 15 minutes later from his 60-year-old clerk telling him the store was being robbed.

Two men in their 30s went into the store and stole $300. In the process of the robbery, the two men beat the 60-year-old.

According to Mally, one of the men smacked the employee in the head with a pistol and when he fell to the floor, they started beating him up.

The clerk then shot one of the men and the other was able to get away.

Police said the man who was shot is at the hospital in the Intensive Care Unit. The clerk was also taken to the hospital and is expected to be OK.

Mally told 5 On Your Side the clerk has been working at the laundromat for two years. The owner also said the same two men caused trouble in his store about a month ago.