Leaders hope expanding a violence de-escalation program is the answer to reducing crime in St. Louis 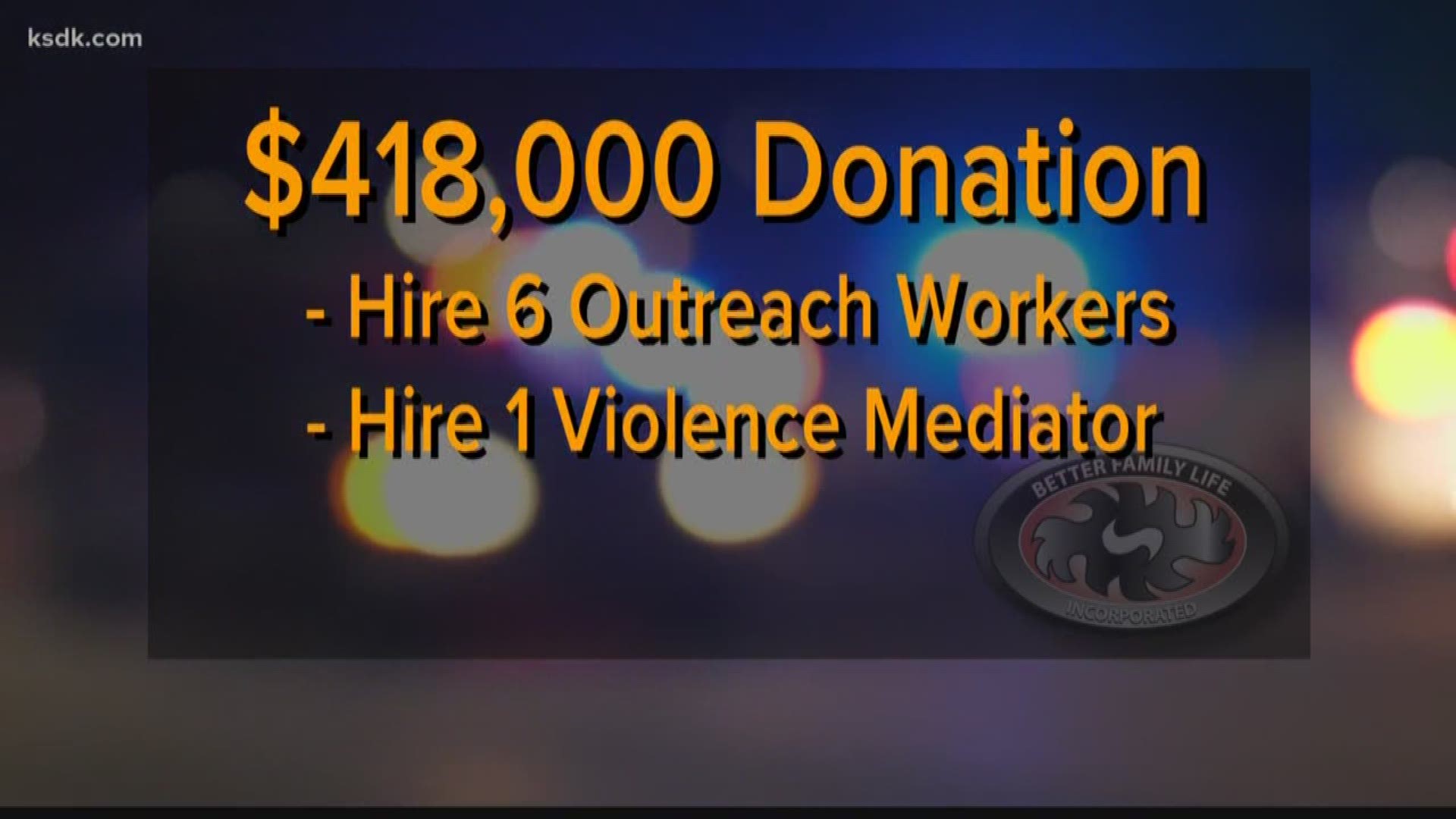 Even with a pretty limited staff, James Clark with Better Family Life announced he was able to host 83 successful de-escalation meetings so far this year.

So with that in mind, the commission announced they will give more than $400,000 that will go towards hiring six outreach workers and one more violence mediator.

Two of those outreach workers will be specifically trained to work on gun violence de-escalation.

James Clark said these type of investments are critical because the alternative could spell disaster for the region.

Later, he qualified what he sees as the threat.

"Corporations are not looking to come here, we are losing conventions and the number one reason is because of our crime and violence. We have got to get a handle on it now because if we don't, we will continue to be overlooked," said Clark.

Clark eventually wants to triple his de-escalation staff, but none of the lawmakers committed to making that happen Monday afternoon.

Ed Dowd, a local attorney and the President of the St. Louis Regional Crime Commission, announced the community is adopting a three-prong strategy to fighting crime.

2) Giving more resources to crime deescalation to prevent crime in the first place.

3) Continue to tear down vacant homes that can be a hotbed of crime.

Dowd promised results within a matter of months.

"Together, we will have a huge impact and you will see that STL is a safer city a year from now or a year and a half from now. You will see a major reduction, I guarantee it," said Dowd.

But will those bold predictions come to fruition? Only time will tell.

RELATED: Repairs on Illinois exit ramp next week will cause PSB lane closures on both sides of the river