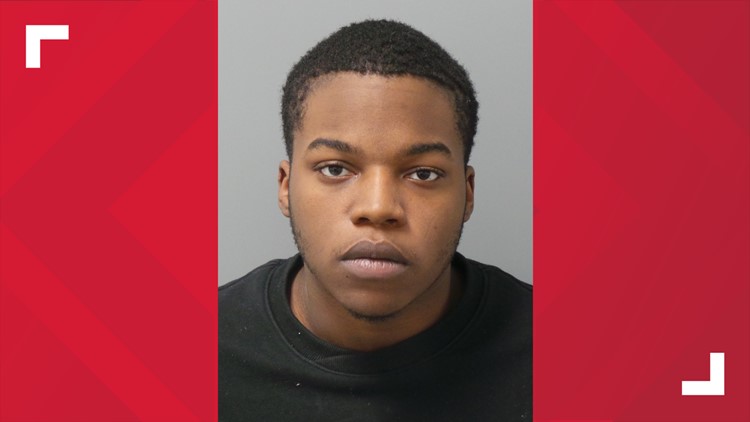 Police said he also robbed another woman then used her credit card at the market in the lobby of the apartment building.
Author: Sam Clancy
Published: 11:25 PM CST February 10, 2020
Updated: 8:47 AM CST February 11, 2020

ST. LOUIS — A man was charged Saturday in connection with a pair of robberies, one of which was in the lobby of the apartment building where he and the victim both lived.

Troy Sharkey, 18, was charged with two counts of first-degree robbery and two counts of armed criminal action in connection with two January robberies.

Police said the first robbery was in the lobby of the City View Apartment building on Olive Street in downtown St. Louis on Jan. 16. They said Sharkey walked up to a woman in the lobby, pressed what appeared to be a gun to her chest and demanded her property. The woman handed over her phone and told him the passcode, and Sharkey ran off.

Security doors at the apartment building require key fob activation, and police found Sharkey used his girlfriend's fob to get into the building.

Police said two weeks later, a woman walking into the lobby of her apartment building on North 23rd Street felt a tug on her purse. When she turned around, she said she saw Sharkey armed with what appeared to be a pistol.

She told police Sharkey yanked the purse away from her and ran off.

Police said the woman's credit card, which was in the stolen purse, was used at the market inside the City View Apartment building.

Police were eventually able to arrest Sharkey at the City View apartment he shared with his girlfriend. At the apartment, police found a semi-automatic pistol and clothing matching one of the victim's descriptions.

Online court records said he was given no bond.

RELATED: 'They are abusing us' | Residents receive lawsuits, eviction notices from embattled TEH Realty