Sanitago Esparza, described by prosecutors as “a known gang member,” served time for seriously injuring his son by throwing him against an object. 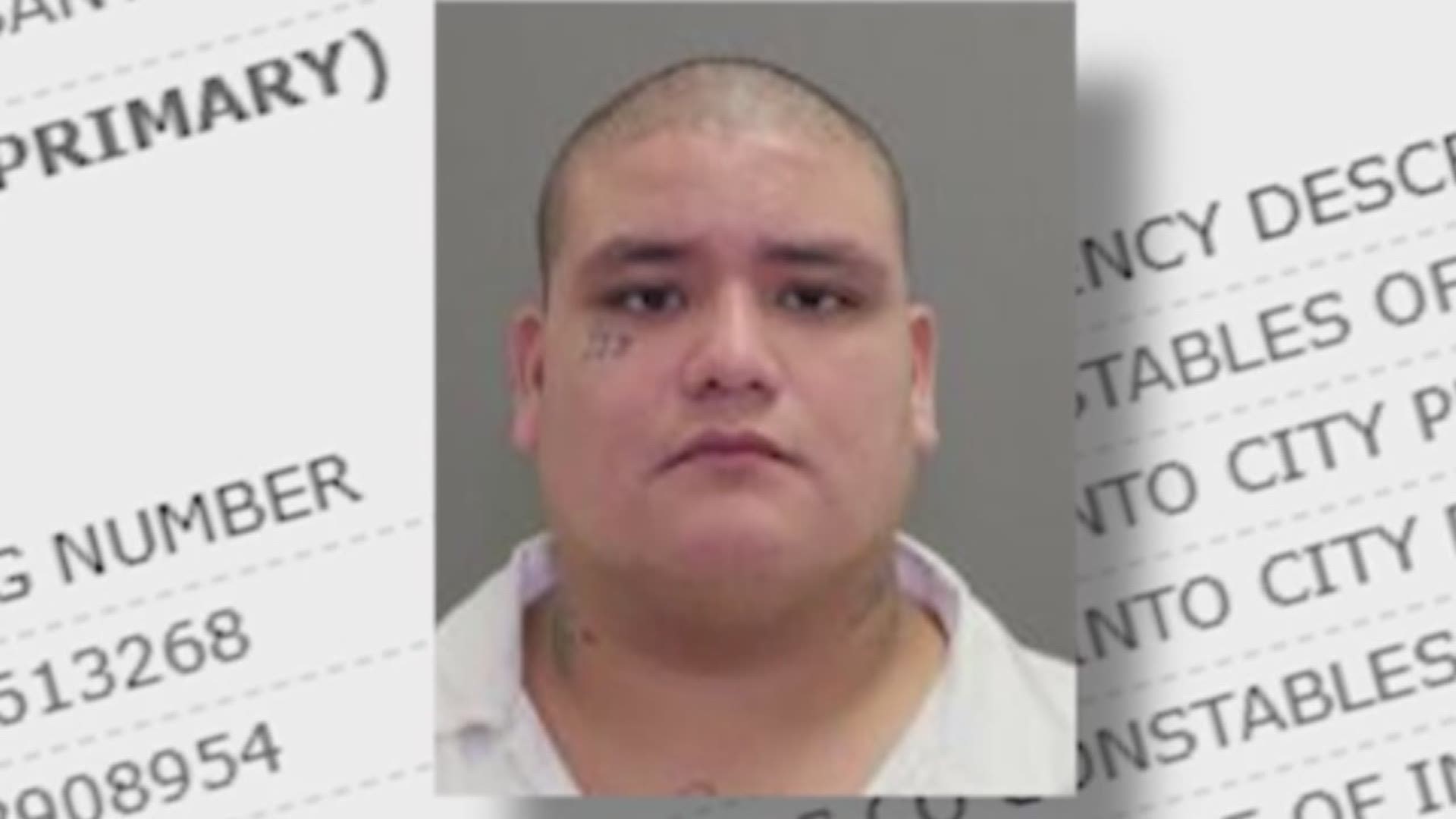 HOUSTON — Police have arrested Santiago Esparza, the man charged in connection with the death of his girlfriend’s 5-year-old daughter. He was picked up in Baytown.

Esparza, 30, and Patricia Torres, 27, are charged with tampering with a human body involving the death of Sierra Patino.

The little girl’s body was found in a closet on Labor Day after relatives reported a strong odor coming from the couple’s apartment.

Esparza, described by prosecutors as “a known gang member,” has a long rap sheet riddled with violence.

According to court records, Esparza was 17 the first time he was arrested as an adult.

Charge: Felony injury to a child with serious bodily injury

While awaiting trial on that charge, Esparaza was busted again.

Plea: Guilty to a lesser charge

While out on probation, Esparza was arrested again.

Since Esparza broke his probation in the injury to a child case, he had to face a judge again.

On April 4, 2011, Esparza was sentenced to four years in prison.

While in prison, he broke the law again.

Charge: Having a prohibited substance or object in prison

After Esparaza was released on April 21, 2014, it didn’t take long before he was in trouble again.

Charge: Failure to stop and give info

Charge: Tampering with a human body

Patricia Torres told police she and Sierra moved into Esparza’s apartment on Friday, Aug.23 and he offered to give Sierra a bath while she made dinner.

Torres claimed the door to the bathroom was closed and when she opened it, she saw Sierra’s skin peeling and found bruises on Sierra’s forehead.

Torres said her and Esparza agreed to put Sierra to bed that evening without calling 911.

Torres said Sierra died the afternoon of Tuesday, Aug. 27. She told police they wrapped Sierra’s body in a blanket and put her in a bedroom closet without calling police.