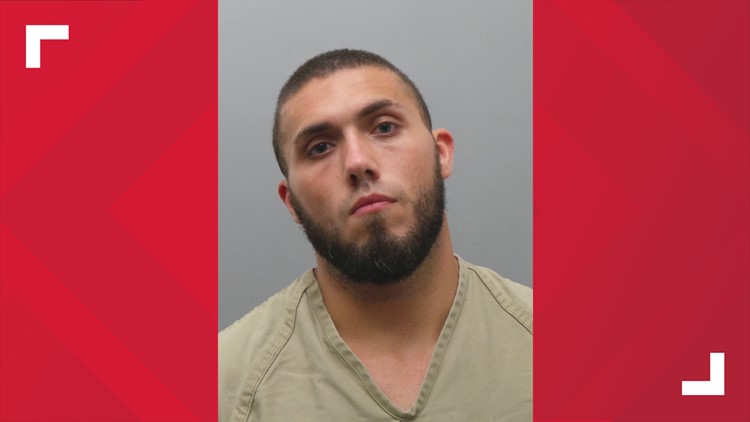 Photo by: St. Louis County PD
Bradley Krafft, 24, was charged with kidnapping, tampering with a motor vehicle, and Resisting/Interfering with arrest.

Police: Man met up with victim he met on Facebook then tried to take the victim's car

ST. LOUIS COUNTY, Mo. — A man is facing kidnapping charges after police said he met his victim on Facebook and tried to drive away in the victim's car.

Bradley Krafft, 24, is facing one count of first-degree kidnapping, first-degree tampering with a motor vehicle and resisting arrest in connection with the overnight incident.

Police said Krafft met a man he developed a relationship over Facebook. The man agreed to pick up Krafft from Krafft's home and drive to a park.

Both men got out of the car and Krafft tried to get into the driver's seat and drive off, according to police. The victim got back into the car, but police said Krafft forced the victim into the back seat of the car before driving off.

Police eventually spotted the car and tried to get Krafft to pull over, but he sped away.

A short time later, Krafft crashed the car, jumped out and tried to run away from police. Officers eventually tracked him down and took him into custody.