ST. LOUIS — One of two people charged in a carjacking that led to the death of "Gus Gus Fun Bus" owner Mike Arnold was sentenced to 20 years in federal prison Wednesday.

Curtis Alford, 22, pleaded guilty in November 2019 to the crime, in which he and then 18-year-old Jana Stowers carjacked two women and struck two men, including Arnold, while speeding away from the scene.

Arnold, 54, was known as a prominent voice in St. Louis' restaurant and beer scene. His business, the Gus Gus Fun Bus was a 14-passenger 'fun bus' available for tours and events around the region.

He died just days after the attack.

Alford’s defense attorney, Justin Gelfand, asked for 15, arguing his client’s history of severe child abuse, mental health issues and addictions were not “excuses” for his behavior that day, but rather “explanations.”

Gelfand also noted Alford’s status as a transgendered individual will put him at further risk.

“This individual, who sometimes identifies not as a man will be in a man’s prison, and is someone who will be subjected to all those challenges that unfortunately exist,” he said during the hearing, held via video conference.

U.S. Magistrate met the attorneys in the middle with a 20-year sentence followed by five years of supervised release.

“Although he didn’t set out that day saying, ‘I’m going to kill someone, he did end up killing Mr. Arnold and that’s as serious as that could be,” she said.

“I am profoundly sorry,” he said, his voice echoing as he read his statement from inside a cinder block jail cell. “If I could go back in time, I would do anything to bring him back to his family …

“I make no excuses for my actions, but I want the court to understand what was going on in my life at the time … Drug addiction, homelessness … I pray that people can accept my apology, but I also understand if that’s not possible.”

According to charging documents, Alford and Stowers approached two women who had just parked a truck along the 700 block of Chestnut for the ‘Taste of Downtown STL’ in June of 2018. Police said Alford pepper-sprayed the victims, took their keys and drove off in the truck.

Charging documents alleged he intentionally struck Arnold -- who was trying to record the crime on his phone -- and one other person, Harry Frye, then 85, while speeding away from the scene.

“I have a medical background … and some military background … and I’ve never seen something like this,” he recalled, adding that he tried to rush to Arnold’s aide, even though he, too, had been struck by the fleeing car. “I heard him fall, and I heard his head crack.”

After he struck the two men, Alford stopped for a moment to pick up his accomplice and drove northbound on Seventh Street, and Alford swerved at officers, forcing them to jump out of the way.

The car crashed a short time later and Alford and Stowers were arrested.

D’Agrosa said the crash was an act of divine intervention.

“During his attempted escape, he sped down the street toward a crowd of pedestrians who were there for a food fair including two pol officers, all of them had to scatter and jump out of the way, he hit a junction box and a pole that disabled the truck,” D’Agrosa said. “That’s the only reason why more people weren’t injured or killed.”

D'Agrosa also added he knows many people who struggle with addiction, mental illness and trauma in their childhood who are not violent.

He also read a victim impact statement on behalf of Arnold’s mother and son.

Arnold’s daughter read one of her own, struggling to make it through her tears.

“Why was a vehicle worth more than a family’s future with a loved one?” she asked. 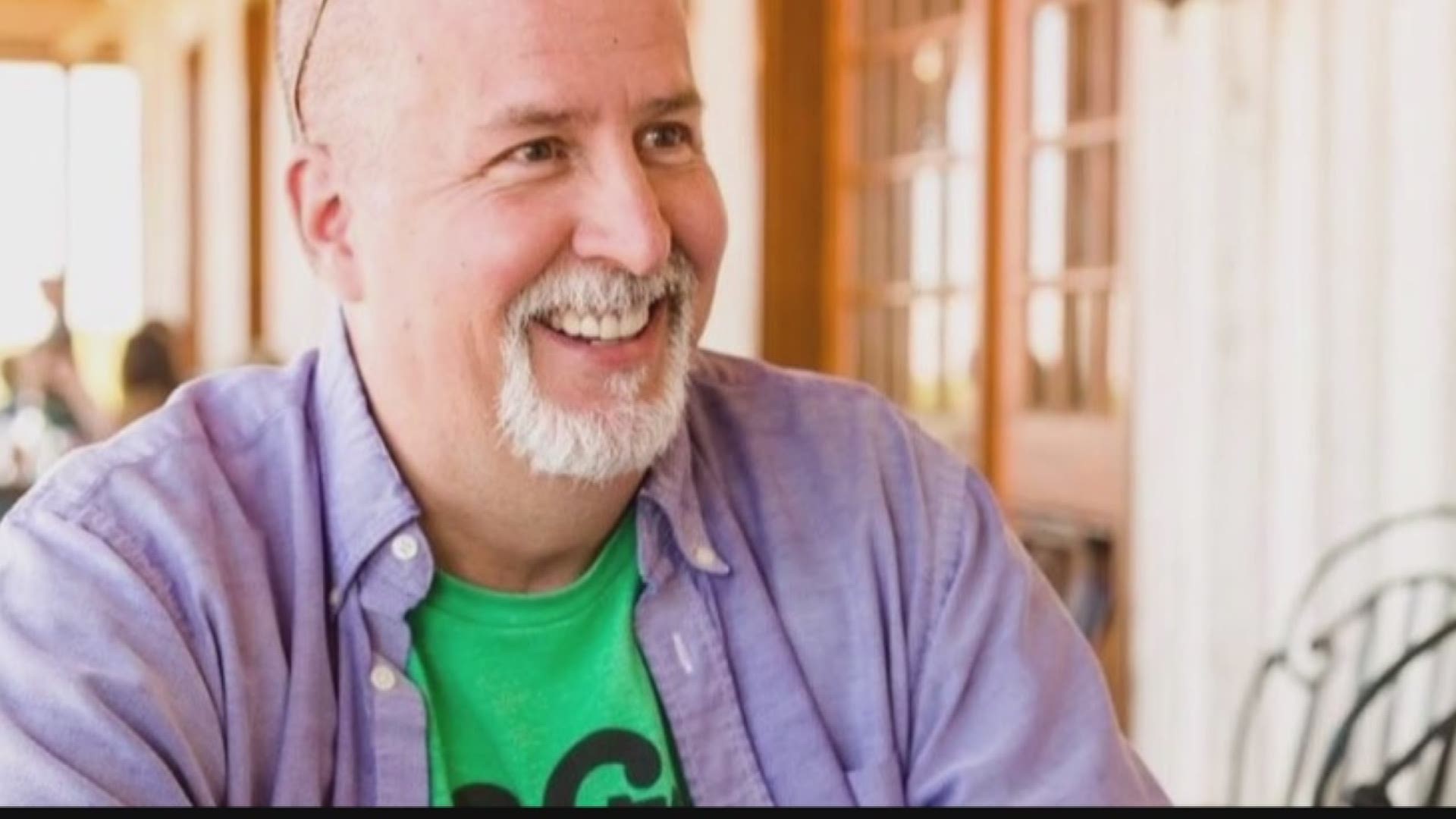