"I think he was just trying to pistol whip me in the face. What happened was when he hit me, the gun went off in my face" 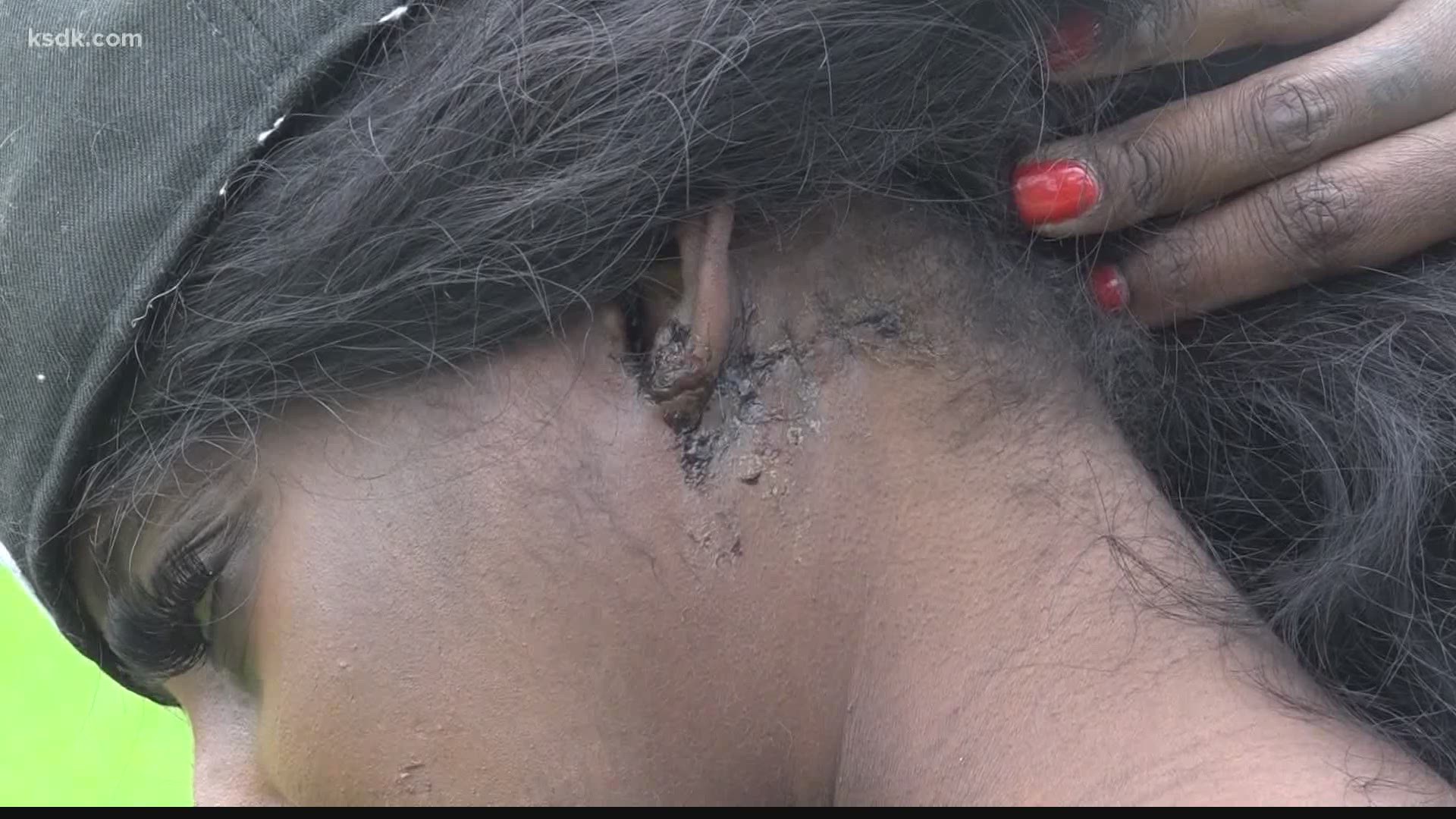 ARNOLD, Mo. — A man is on the run after calling a woman racial slurs, pistol whipping her and then shooting her in the ear and neck in early August, according to investigators.

The victim, April Brown, said it’s the most horrifying experience she’s ever been through and she’s still dealing with the trauma.

"I can't eat at all, not even applesauce," Brown said.

Not all of her wounds are physical.

“It was mortifying,” she said.

Brown was visiting a friend in Arnold on the night of Aug. 6, according to police records. While at her friend’s home, she got into an argument with one of his roommates.

April said she was in the house for no more than 10 minutes when she began to leave.

Then, she said, the verbal attacks turned physical.

"Then [he] held a gun from about 2 feet away, moved closer with the gun, called me the n-word again, then shot me on the left side of my face," Brown said.

Brown said Pillow got away while she was bleeding and confused.

“I was kind of out of it,” Brown said. “My hearing at that point was gone. There was blood pouring out the left side of my face, pouring out."

She needs plastic surgery to fix her ear. She said it’s still unknown if her hearing will ever be the same.

She wants justice to be served.

"Very scared that he's still out there," Brown said.

A judge issued a no-bond warrant on Pillow. If you know of his whereabouts call the Jefferson County Sheriff’s Office at 636-797-6467.