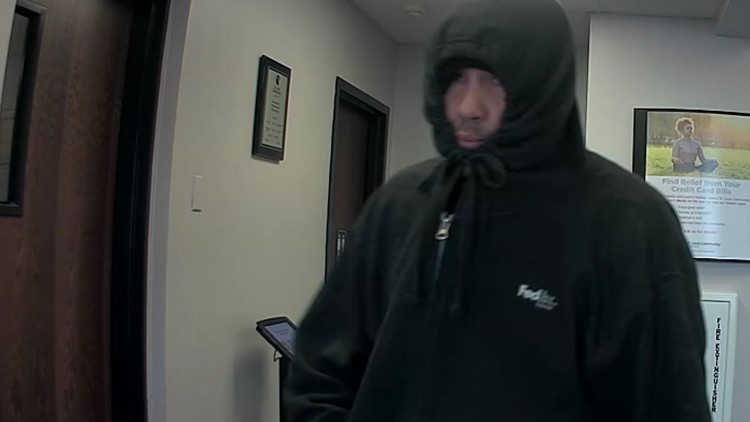 ST. LOUIS — Investigators are asking for your help to solve an attempted robbery at a St. Louis Community Credit Union last week.

They are looking for a man who they said threatened a teller at the bank on the 4400 block of Chippewa Street but didn't get away with any money.

Police said he walked into the bank on Jan. 8 at around 1:40 p.m. and passed a threatening note to the teller. He didn't show a weapon or get any money from the back before running off.

Photos of the man showed he was wearing a FedEx jacket and unique-looking shoes at the time of the attempted robbery.

If you have any information in connection with the incident, you are asked to call CrimeStoppers at 866-371-8477.

RELATED: Proposed bill would create parental review boards for public libraries, could result in fines or jail time for librarians

RELATED: Man sentenced to 5 years in prison for robbing Post Office at gunpoint