Maryland Heights police officers arrived to find an 18-year-old man who had been shot in his abdomen. The suspect and victim knew each other, police said 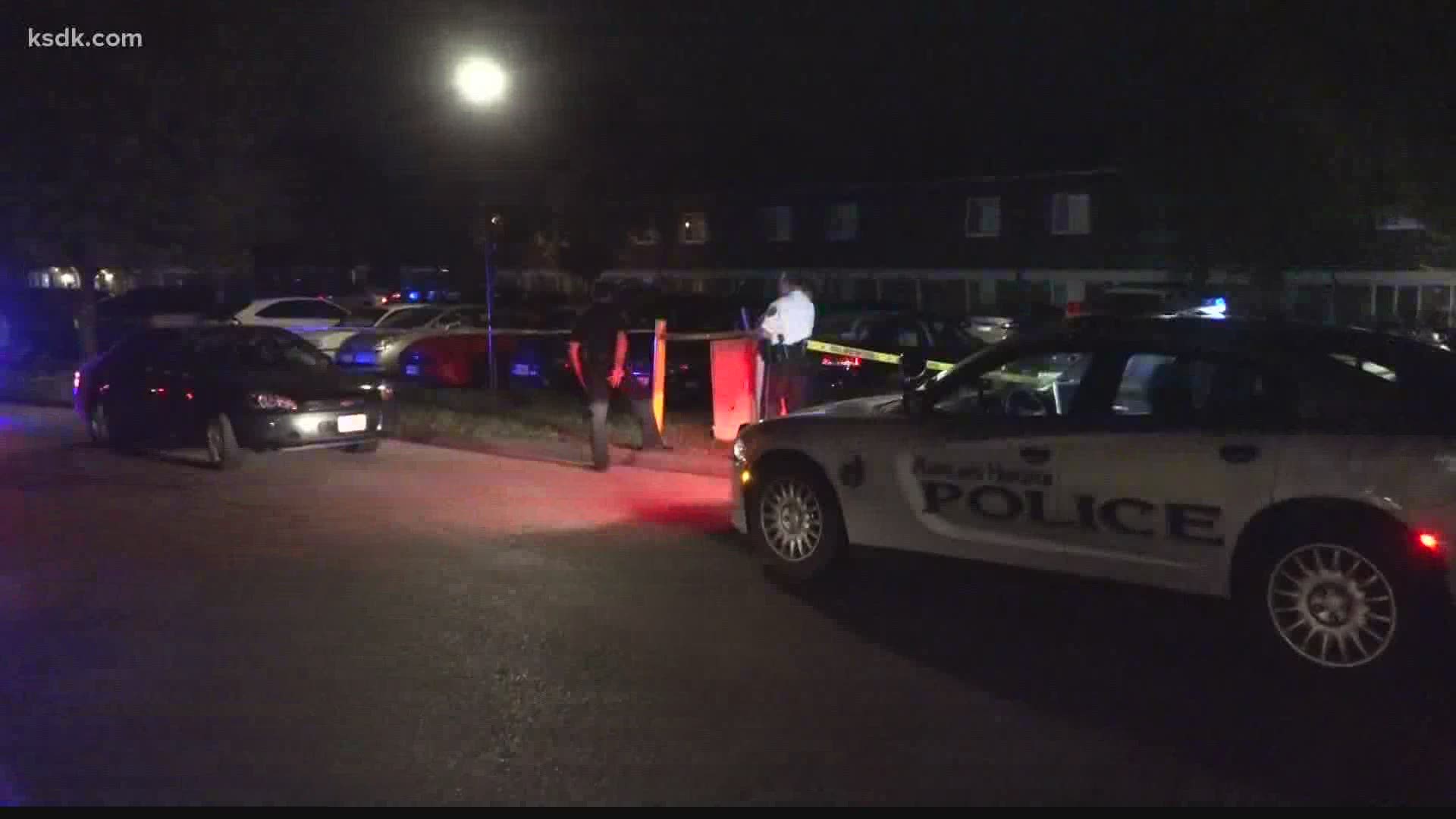 MARYLAND HEIGHTS, Mo. — A domestic incident led to a shooting at an apartment complex in Maryland Heights over the weekend, police said.

Officers responded to an apartment building at 10 p.m. Sunday in the 2000 block of Basston Drive for the report of a shooting.

Maryland Heights police officers arrived to find an 18-year-old man who had been shot in his abdomen. He was rushed to a nearby hospital, where his vitals were stable.

Police said the shooting appeared to be "in retaliation for a domestic incident that occurred earlier in the day." The suspect and victim knew each other, and the suspect was arrested.

"This is an isolated incident between the parties and there is no known threat to the community related to this incident," police stated in a news release.

Maryland Heights police said no further information would be released until charges are filed with the St. Louis County Prosecuting Attorney's Office.

Neighbors said they heard several gunshots. A 5 On Your Side photojournalist counted at least 14 evidence markers on the ground.

One neighbor said he’s concerned about his safety.

“It’s scary, but this kind of thing happens all over the place now,” Corky Giesting said. “We thought we moved here to be safe and it happens right down the street.”