Closing arguments were heard in the trial of Joseph Elledge, accused of killing his wife, Mengqi Ji. 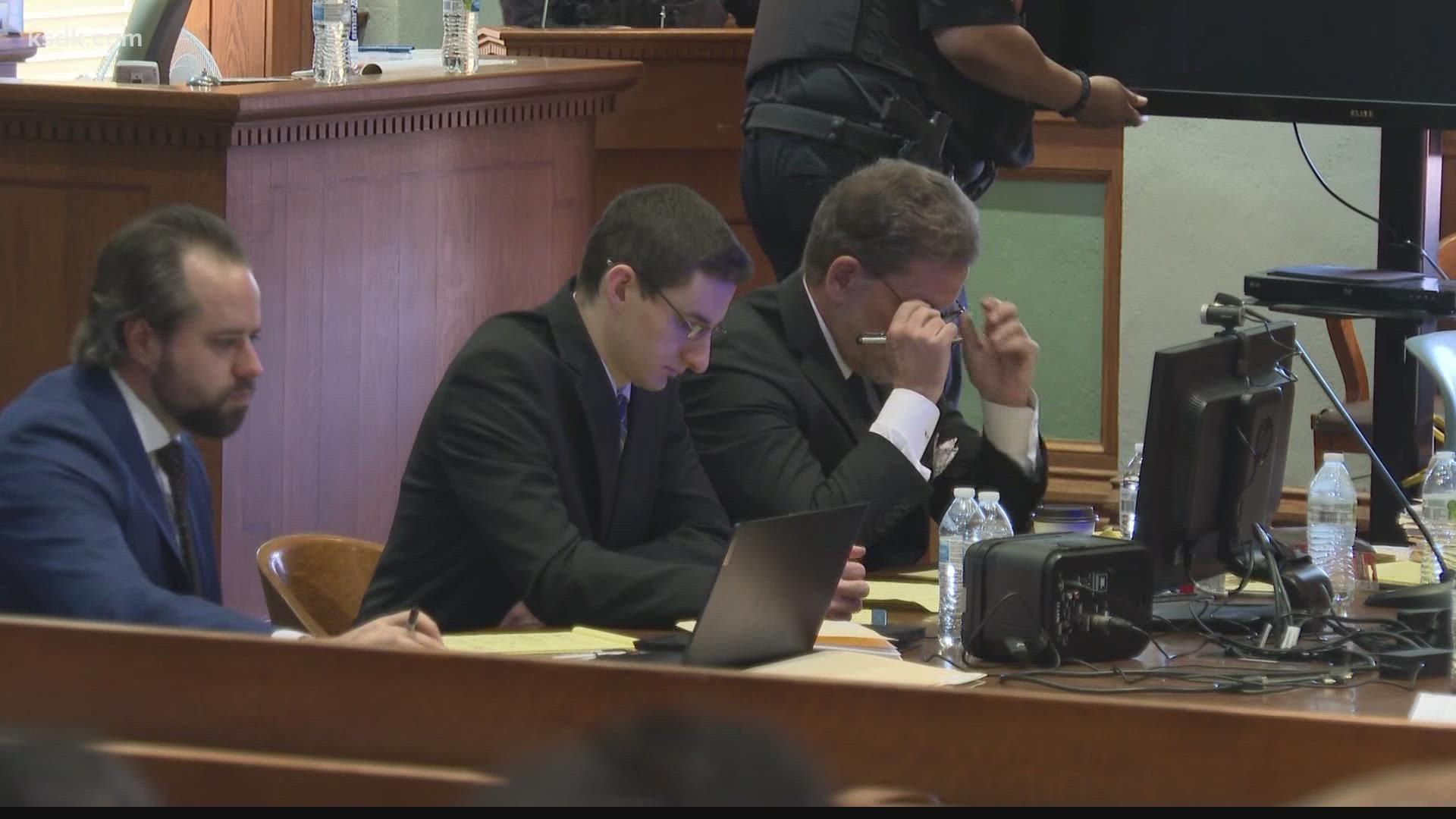 COLUMBIA, Mo. — A Missouri man accused of killing his wife and burying her body two years ago is a “stone cold killer," a prosecuting attorney said Thursday.

Boone County Prosecutor Dan Knight urged a jury during closing arguments in the trial of Joseph Elledge to find him guilty of first-degree murder in the death of his 28-year-old wife, Mengqi Ji.

Scott Rosenblum, Elledge's attorney, countered in his closing argument that Elledge was “awkward” and made “dumb decisions” but never intended to kill his wife.

The couple married in 2017 after Ji had moved to the U.S. from China and earned a master's degree from the University of Missouri. The couple had a daughter who was 1 year old when Ji died.

First-degree murder requires the state to prove that Elledge killed Ji intentionally after deliberating about it, and Elledge's intent was central to arguments throughout the trial.

Credit: AP
Defendant Joseph Elledge points to a photo under questioning from Boone County Prosecuting Attorney Dan Knight during his murder trial Wednesday, Nov. 10, 2021, in Columbia, Mo. Elledge is accused of killing his 28-year-old wife Mengqi Ji, whom he reported missing in October 2019. Her remains were found in March in a park near Columbia, Mo. (Don Shrubshell/Columbia Daily Tribune via AP, Pool)

During his testimony earlier this week, Elledge acknowledged that he buried his wife's body and lied about her whereabouts. But he insisted that she died accidentally after she fell and hit her head during an argument at their home in Columbia on Oct. 8, 2019.

He said the argument began after he confronted his wife about sexual messages he said she was exchanging with another man.

Elledge said he found her dead in bed the next morning and put her body in the trunk of a car because he panicked and couldn't decide what to do. He drove to several spots the next day but could not find a place to bury her, he said, and returned home. He did not tell anyone she was missing on Oct. 9.

On Oct 10, with the couple's daughter in the car, Elledge said he drove to a park near Columbia, dug a grave and buried Ji. He then returned home and reported her missing.

After extensive searches, Ji's remains were found in a park south of Columbia in March.

During his closing, Knight discussed about nine hours of audio recordings he played during the trial that included the couple arguing and Elledge frequently insulting or threatening his wife, and criticizing her for her appearance and how she treated him.

Knight also told the jury Elledge “is a huge liar.”

Rosenblum argued during the trial that the audio recordings were presented without context and did not show the full range of the couple's relationship.

In his closing argument, Rosenblum said if Elledge did not respond to his wife's death as jurors might have expected, it's because he is “as awkward as can be," not because he wasn't telling the truth.

“Was he making unbelievably dumb decisions? He was. But it was hard to turn back,” Rosenblum said.

In testimony on Wednesday, Keith Norton, a forensic pathologist at the Boone County Medical Examiner’s Office who performed Ji’s autopsy, said he could not determine an exact cause of death but it “was caused by another person.” He said he did not rule the death an accident.

Rosenblum argued during the trial that Ji died from a subdural hematoma, or bleeding in the brain, after she was pushed by Elledge in the couple’s kitchen and hit her head.