"You could see them all around my car just everyone had their guns already out before I can even do anything," she said 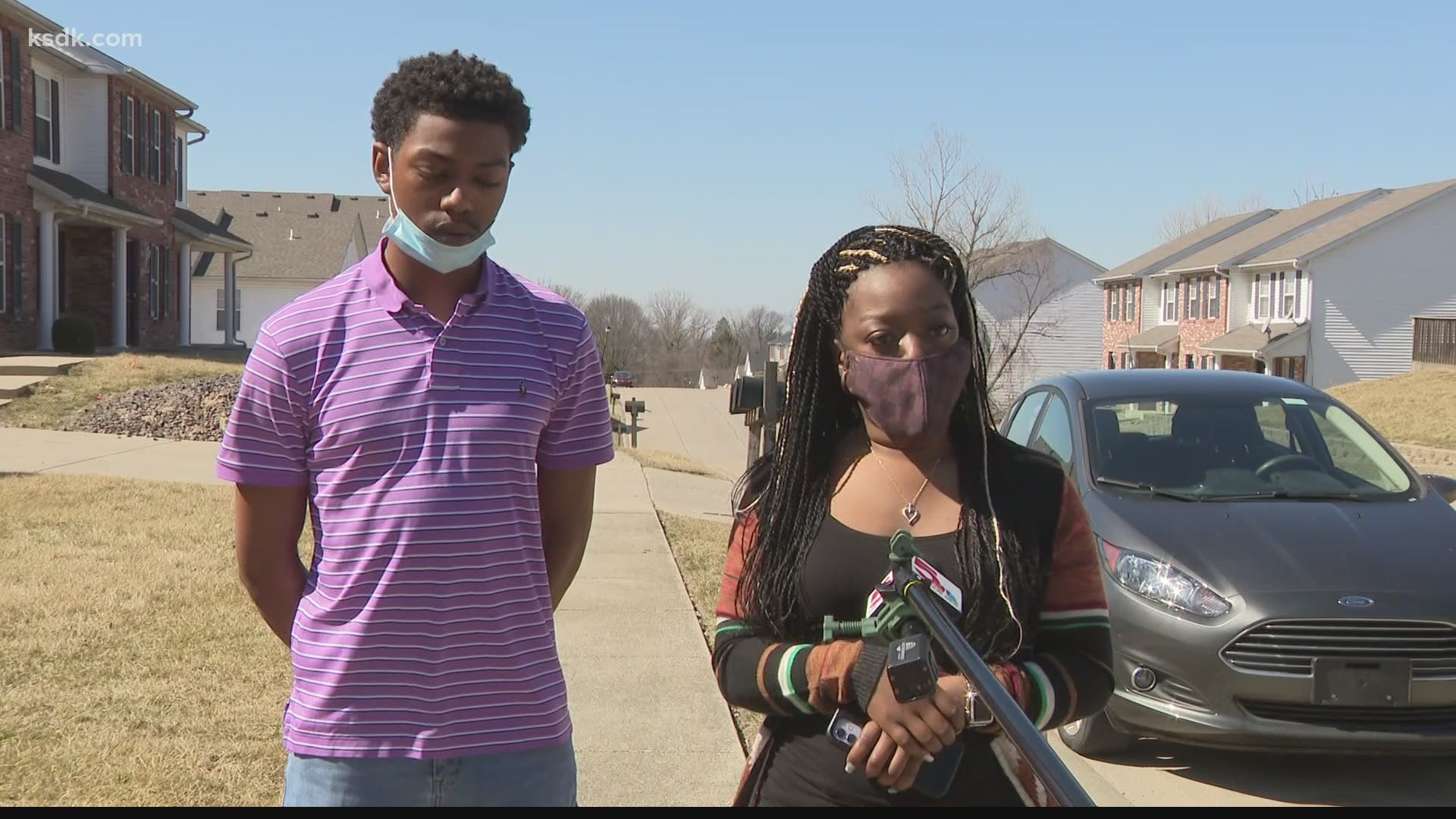 COLLINSVILLE, Ill. — Police are apologizing after making a big mistake in the Metro East.

A woman claims she was handcuffed and put in the back of a squad car, pleading the entire time that she was the wrong person.

"I was so afraid like I couldn't stop shaking, I couldn't stop crying I just knew that this was not real we didn't do anything to deserve this," said Desnikka Kilpatrick.

Standing alongside her brother, Kilpatrick played back a harrowing traffic stop from March 1. It happened around 8:15 a.m. on Summit Avenue in Collinsville when officers from the Collinsville Police Department surrounded her and her 19-year-old brother, who was a passenger.

"You could see them all around my car just everyone had their guns already out before I can even do anything," said Kilpatrick.

Collinsville police let 5 On Your Side watch the video of the nearly seven-minute arrest with permission to record audio.

The department's chief, Steve Evans, said officers were searching for a robbery suspect and received information matching Desnikka's vehicle and location. They later acknowledged that the informant was ill-informed.

"Breonna Taylor, wrong person and it cost her her life, I'm a woman and I'm black," said Kilpatrick.

Collinsville police declined to speak on camera but released a statement. They said Desnikka and her brother were released from the scene with an explanation and an apology.

On February 21st, 2021, the Collinsville Police Department received a report of an armed robbery that occurred at approximately 5:30pm at 258 Skyline View Dr.  While taking the initial report, it was learned that the female victim had agreed to meet another female to sell her marijuana.  When the victim arrived, she and her occupants were ambushed by two black males who approached on foot armed with handguns and were subsequently robbed of both money and drugs.  During the incident, the female victim was struck in the head with a firearm.

As the investigation unfolded over the following days, suspects were developed using a variety of sources, leading to a potential address for the suspects, which happened to be in close proximity to the robbery scene. Additional information was received for potential suspect vehicles which we believed to be credible at the time, one of which being a white BMW bearing out of state registration.  As it would later turn out, that information proved to be inaccurate.

On March 1st, 2021, investigators were able to locate what they believed to be the suspect vehicle, a white 2016 BMW with out of state registration, leaving what was believed to be the suspects address.  From a distance, it appeared to investigators that the occupants entering the vehicle matched the description of suspects in this case.  Due to the nature of the original crime, a felony traffic stop was conducted, consisting of handguns drawn and the occupants being placed in handcuffs.  Almost immediately, it was determined that the occupants were not the suspects we were looking for and information that was developed was not accurate.  After approximately 7 minutes from the initiation of the traffic stop, both occupants were released from the scene with an explanation and an apology.  Our investigation into the original offense is ongoing.

While we believed we were acting on credible information at the time of the traffic stop, we are sorry that these individuals were put through this traumatic experience.

"It's not OK to be traumatized this way just for you to say this way 'I'm sorry.' I still can't sleep I'm sorry I'm still crying I'm sorry that when I see law enforcement I think they might pull me over because they don't know what you're doing," said Kilpatrick.

Collinsville police said the initial investigation into the robbery is still ongoing.

They say it's standard practice when dealing with a felony traffic stop to arrest first and ask questions later, for the safety of everyone involved.