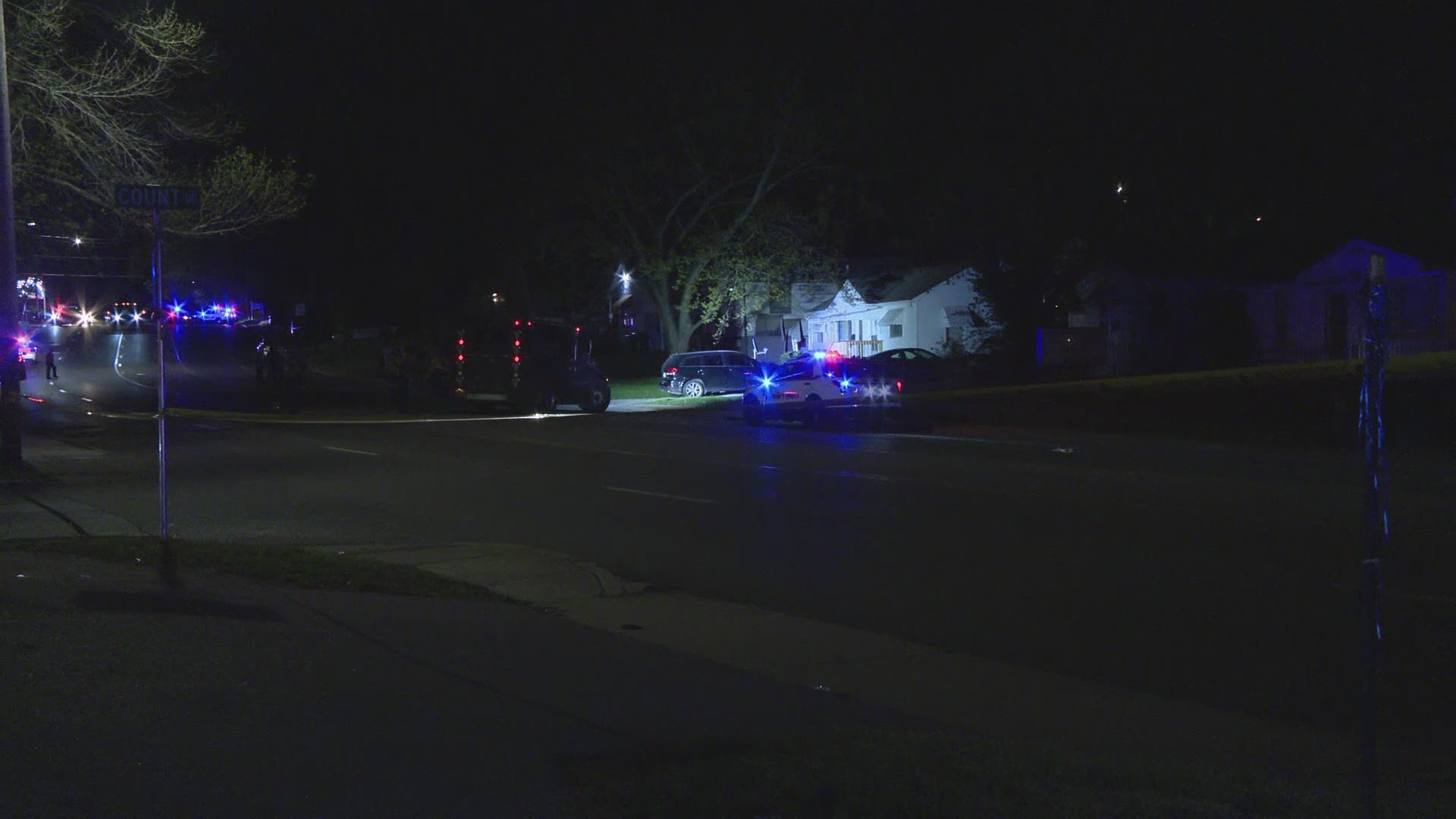 ST. LOUIS COUNTY, Mo. — A man has died after a shooting at a Moline Acres home Tuesday and police are searching for a potential suspect, who officers first thought was barricaded inside the home.

Around 6:46 p.m., Moline Acres police responded to a call for a shooting at a home in the 2300 block of Chambers Road, which is just east of Halls Ferry Road.

Officers were able to go inside the home and found a man suffering from what appeared to be multiple gunshot wounds, according to a press release from St. Louis County police.

The man was taken to a hospital, where he died. Wednesday, police identified him as 28-year-old Marquise Foston of St. Louis.

The department's tactical operations unit responded to the scene and police asked the public to avoid the area.

However, police later said the suspect left the scene before officers surrounded the home.