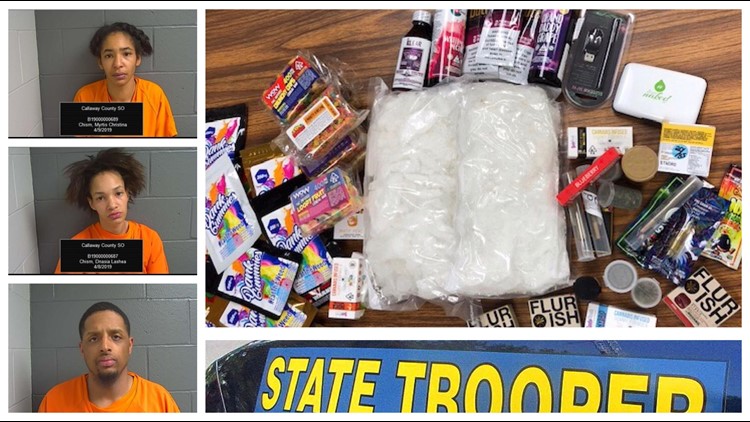 Photo by: MSHP
Myrtis Chism(Top), Dnasia Chism(Middle) and Quayde Kelly are all facing drug charges after the MSHP said they found $217,000 of drugs during a bust.

CALLAWAY COUNTY, Mo. — Three people from out of the state were arrested during a large drug bust by the Missouri State Highway Patrol Monday evening.

The highway patrol said troopers made the stop along Interstate 70 in Callaway County at around 5 p.m. Troopers said they recovered about $217,000 worth of drugs, which included nearly six pounds of methamphetamine.

All three are facing five drug charges, including drug trafficking and unlawful possession of drug paraphernalia by a prior offender. Kelly was also charged with driving without a valid license.

All three are being held without bond in the Callaway County Jail.

RELATED: Investigators: St. Louis man coming back from California on bus busted with 31 pounds of meth