Footage from inside a police interrogation room details the dramatic chain of events that unfolded once officers had the now-convicted killer in their custody. 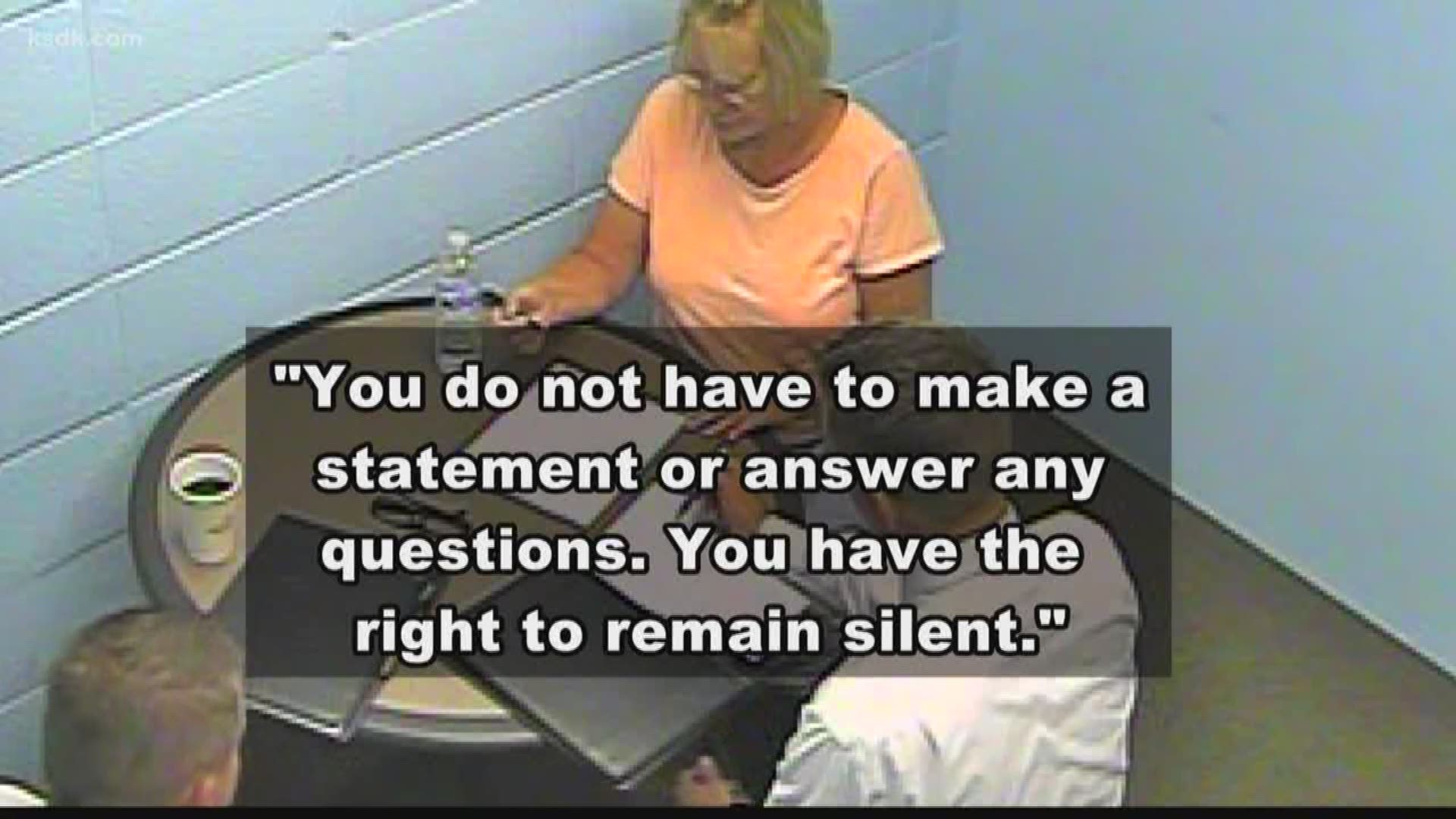 ST CHARLES, Mo. — It's one of those mugshots that's impossible to forget.

Pam Hupp wearing an orange jumpsuit with messy blonde hair and large white bandages covering most of her neck.

But now we are learning more about the bizarre and dramatic moments that unfolded in police custody right before that picture was taken.

The deal means Hupp is pleading guilty and acknowledging the state has enough evidence to convict her beyond a reasonable doubt, but she's not admitting guilt to the crimes of which she's charged.

The guilty plea also means prosecutors can publicly release evidence in the case to those who request it.

The 5 On Your Side I-TEAM sought and received several pieces of video and pictures from the Gumpenberger investigation conducted by St. Charles County Prosecuting Attorney Tim Lohmar's Office.

Some of the footage stems from inside the O'Fallon, Missouri Police Department on August 16, 2016.

Officers had just arrested Hupp for killing Gumpenberger, a mentally challenged man who was a total stranger to her, in what they described as a staged home invasion and attempted robbery.

According to prosecutors, Hupp was trying to divert attention away from her in the unsolved 2011 stabbing death of her friend, Betsy Faria, out of Lincoln County.

The video shows officers reading Hupp her rights and Hupp signing her initials to acknowledge she understands what was happening.

Then the officers leave the room in an attempt to go contact Hupp's attorneys.

Nearly 10 minutes go by before Hupp makes her big move.

In the footage, you can see Hupp grab a water bottle on the table as a way to try and disguise the fact she's also grabbing an ink pen at the same time.

Then, you see her take the pen and hide it behind her back and in her jeans.

A few more minutes go by before you see Hupp feeling the side of her neck. It's almost as if she's contemplating where she's about to stab herself.

Then, an officer re-enters the interrogation room to let Hupp know she's being escorted to the bathroom.

The officer appears to have no knowledge that Hupp is now armed with the pen.

About five minutes later, you can hear a lot of commotion off-camera and out of the room.

Officers are screaming Hupp's first name and yelling that they need a medic. By this point, Hupp has unsuccessfully attempted to take her own life in a bathroom.

Evidence photos released by prosecutors show Hupp stabbed herself multiple times in both sides of her neck and in both wrists.

It's the reason why she's covered in those bandages in her booking photo and why she was placed on suicide watch at the St. Charles County Jail.

Prosecutors were intending to present evidence about the suicide attempt had the case gone to trial.

They said it speaks to her consciousness of guilt in taking the innocent life of Gumpbenberger.

Hupp is scheduled to be sentenced officially in August. Under the terms of her deal, she's looking at life in prison without the possibility of parole.

RELATED: Louis Gumpenberger's mother: 'My life has been hell since' his murder