The couple said a thief stole cash, checks and gift cards from their wedding. 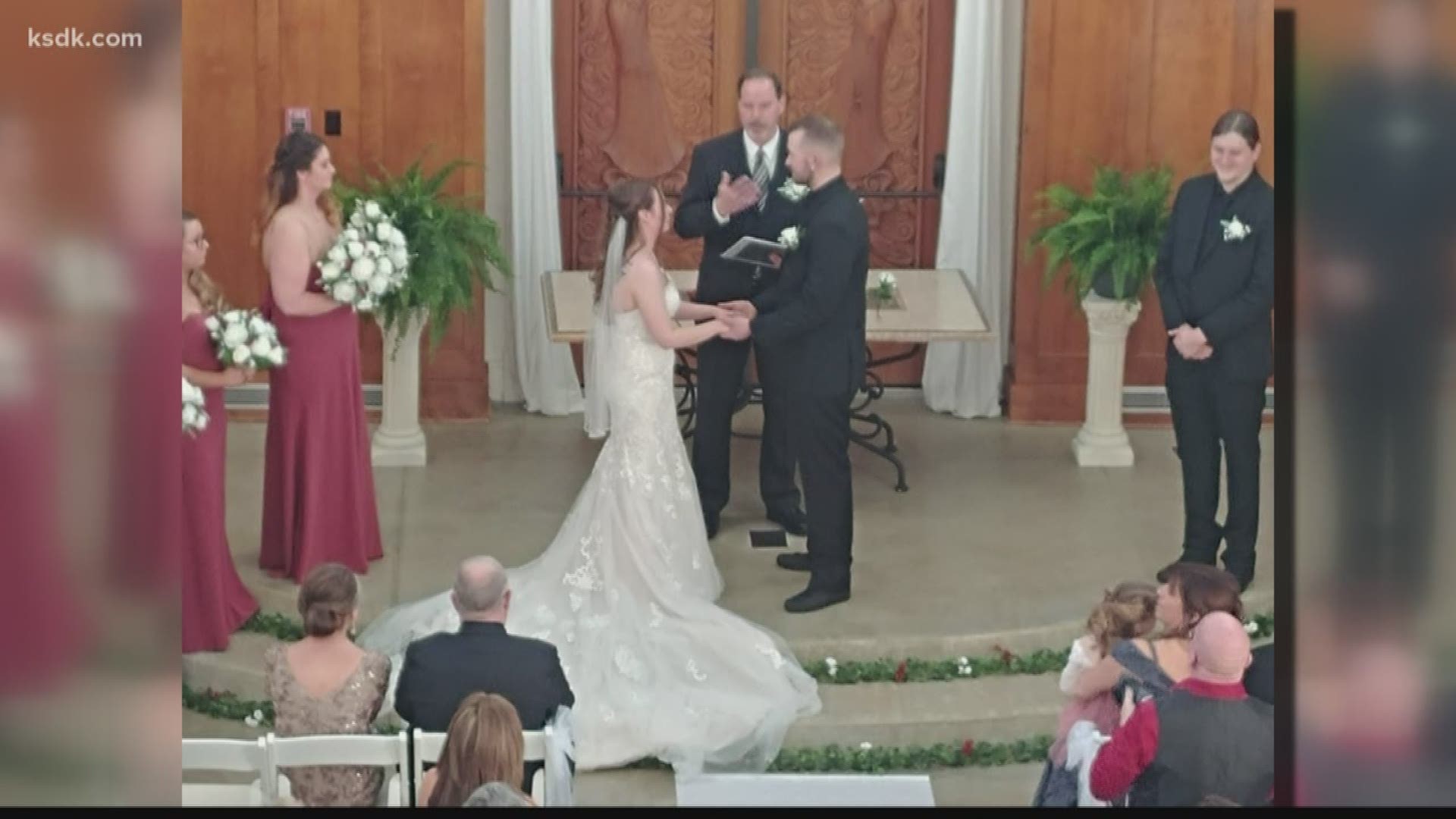 ST. PETERS, Mo. — A St. Peters couple said their first day as husband and wife was ruined just hours after tying the knot. The newlyweds said a thief stole cash, checks and gift cards from their wedding.

"It just feels unfair in a way. It really does," Erin Walick said.

Erin and David Walick said their wedding had the makings of a perfect ceremony.

"It was such a good time — singing, dancing — I mean it was the night of our life," she said.

However, just hours after it was over that special day turned into heartbreak.

"I feel personally attacked even if I don't know who this person is," she said.

In March, the Walicks celebrated their wedding reception at the Heart of St. Charles. Like many couples, the Walicks included a gift table with a box for people to place cards and money.

"Everyone loaded up presents, got to the house, they were all taken here," Erin said.

However, when they got home, the newlyweds noticed that their box was missing.

The couple searched for hours around the Heart of St. Charles and then up and down I-70 looking for the box, but they had no luck.

"Newlyweds are supposed to be fun and we're looking for a gift card box," Erin said.

"We just didn't think about someone stealing it and it's just been a giant ordeal the whole time," David added.

The Walicks told 5 On Your Side it's not just about the money they lost, but also the countless memories.

"All those cards that people wrote their personal thoughts in we'll never see them," David said.

They hope that whoever did this is brought to justice so they can go back to enjoying life as newlyweds.

"We would like whoever is responsible to be held accountable for what they did at this time it's not even about the money. It's about the principle," Erin said.

The Walicks said the surveillance cameras at the venue didn't show the theft.

The couple filed a police report for the missing box and St. Charles police are looking into the matter.

A GoFundMe page has been set up to help the couple recoup some of their lost gifts.