After about eight hours, the SWAT team was able to go into the home and take the man into custody 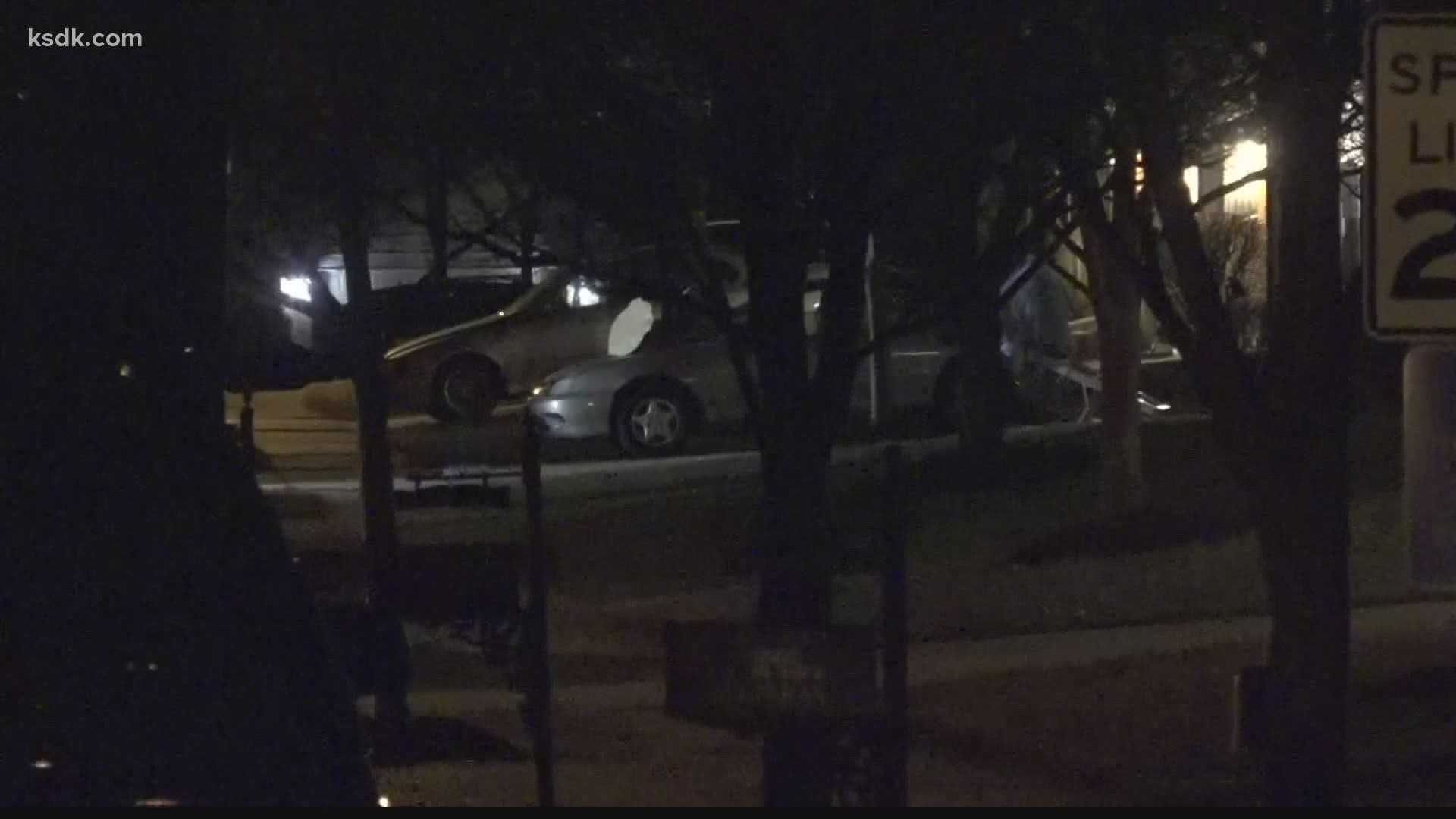 O'FALLON, Mo. — Officers had arrows shot at them and household objects thrown at them during an hours-long standoff with a suspect in St. Charles County.

The O’Fallon Police Department first responded at 8:25 p.m. Monday to a home in the 600 block of Hawk Run Drive. A woman said her son was out of control and making homicidal threats. Family members were able to get out of the home while calling for help, police said, leaving the man alone inside the house.

While first trying to negotiate with the man, police said he threatened officers with “edged weapons” and started throwing what they called “dangerous instruments” at the officers. One officer was hit in the leg by one of the items. He was not seriously injured and didn’t require any medical attention.

An officer tried to subdue the man by deploying his taser, but the man went back into the house and barricaded himself inside.

“The subject continued to open and close the doors of the home, throwing items towards officers as they maintained a safe perimeter,” O’Fallon police said in a news release Tuesday afternoon.

Crisis negotiators arrived at the house and began talking with the man. At that point, the situation escalated.

Police said the man grabbed a bow and started shooting arrows at officers stationed in the front and back of the home. At that point, while concerned for the safety of the officers on scene, police deployed tear gas inside.

The man then went into the basement, police said, while officers continued trying to negotiate with him. When the St. Charles County SWAT team arrived, agents went into the home and found the man in the basement. He was taken into custody without further incident early Tuesday, O’Fallon police said. The situation lasted about eight hours.

Medical staff deemed him fit for confinement. He’s in custody at the O’Fallon Police Department, and charges are pending with the St. Charles County Prosecuting Attorney’s Office.