The suspect was involved in a robbery at an auto parts store prior to the shooting, police said 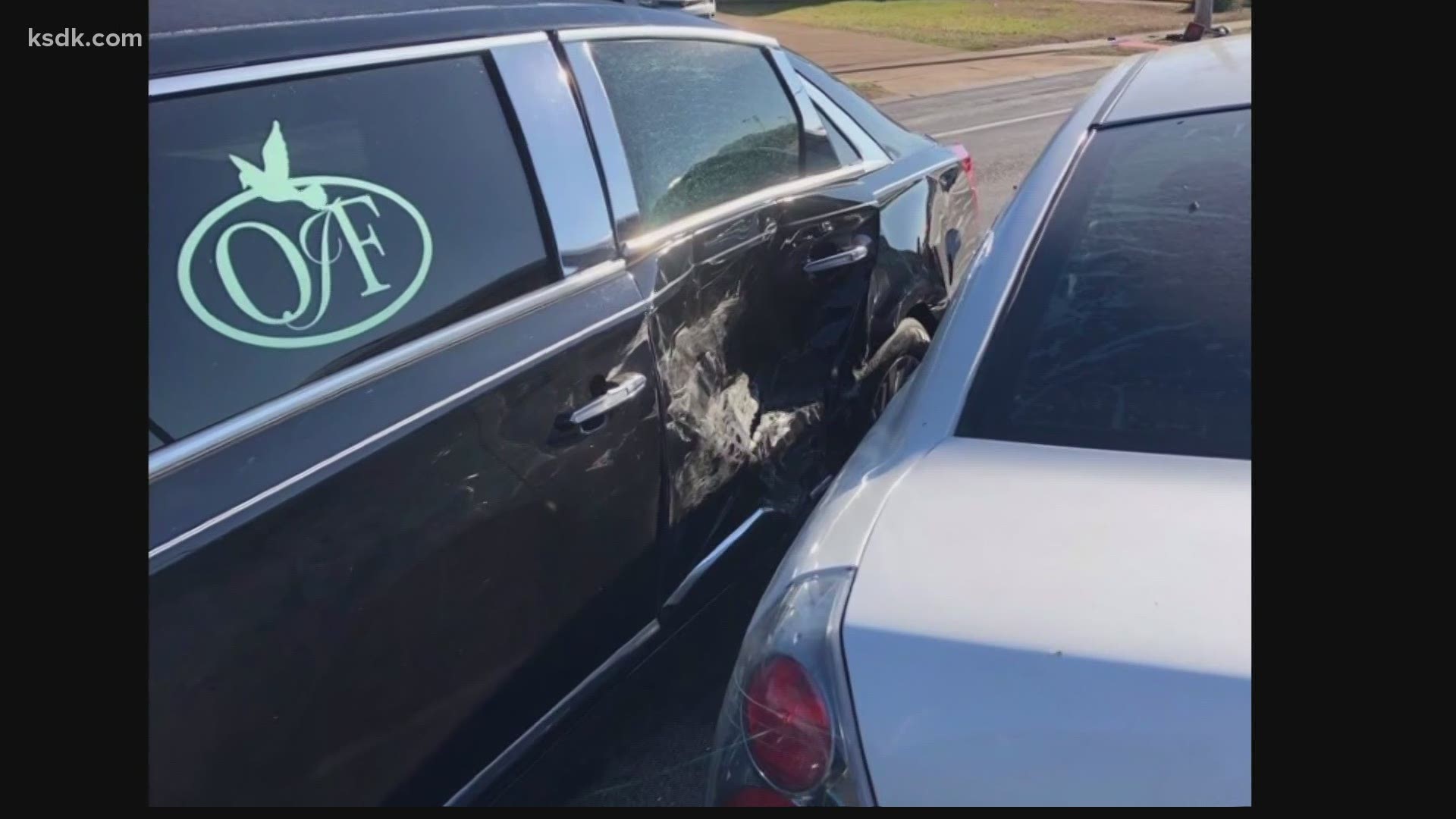 ST. LOUIS COUNTY, Mo. — The St. Louis County Police Department is investigating after a suspect was shot by a police officer Saturday morning.

At around 9:45 a.m., St. Louis County police responded to O'Reilly Auto Parts on Jennings Station Road for a report of a robbery.

Police said two suspects went into the business with guns and threatened employees. One of the suspects hit an employee in the head with his gun. The employee was taken to the hospital with an injury that is not expected to be life-threatening.

The suspects took cash and fled the area in a Nissan Altima. While traveling on Jennings Station Road the suspects crossed a concrete median and hit a car in a funeral procession.

Following the crash, police took one suspect into custody without incident.

The second suspect attempted to run away from police and that's when an officer fired shots, hitting the suspect in the lower body. That suspect was taken to a hospital for treatment and is expected to survive.

Police say the man was armed with a long gun, which was recovered after the shooting.

Police said the Nissan Altima was reported stolen at the end of October.

The police officer who shot the suspect is 36 years old and has 9 years of experience.

The director of the funeral home said she hasn't experienced something like this in her career.

“We’ve been in the usual accidents during my 13 years In business, but nothing like a crime scene, “ said Funeral Home Director Ozella Foster.

Foster owns the limousine St. Louis County Police say two armed robbers crashed into during their attempt to get away from police.

“My driver just called me and said somebody hit the car. I’m like wow, so I go berserk. I got in my car and headed out to the scene. When I got to the scene, my first thought was the people in the car. I was worried about my 62-year-old driver and the family of five that was on their way to their mother’s funeral service,” said Foster.

Foster was so relieved to see that her driver and the family were all OK.

“My driver went to the hospital just to be checked out. I just thank God that he and the family are all alive, talking, and walking. That was the best blessing! I think if that median those guys hit, hadn’t been there, the people in my vehicle could have lost their lives. I can replace my car, but I cannot place those lives,” added Ozella Foster.