The unofficial start to summer was marked with violence, shootings and murders: 19 people were shot and four people were killed 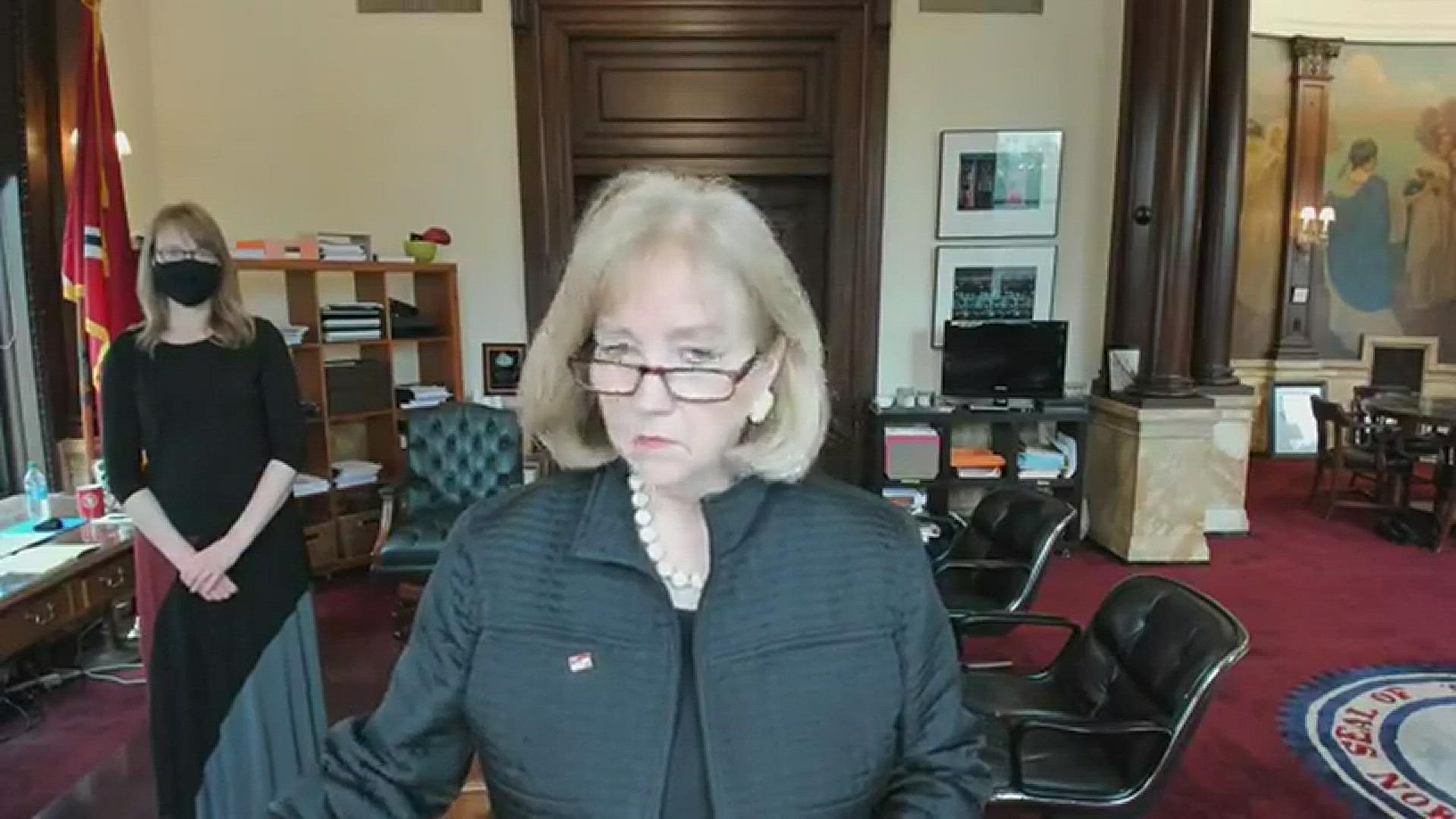 ST. LOUIS — Before talking about the latest on the COVID-19 situation in the city during her regularly scheduled Facebook live briefing, St. Louis Mayor Lyda Krewson addressed another pressing concern.

“I want to talk for a minute about the violence that occurred in our city over this past weekend,” she began.

The Memorial Day weekend, often considered the unofficial start to summer, was marked with violence, shootings and murders in St. Louis. From Friday night through Monday, 19 people were shot and four people were killed.

“That is just outrageous, horrendous,” Mayor Krewson said. “Several of them were under 18 years old.”

Four victims of the shootings were children ranging in age from 14 to 16 years old. A 15-year-old boy died from his injuries.

The police department is working to track down leads in the cases, but the mayor pleaded with the public to come forward if they have information to offer.

“We know that the violence in our city is related to too many guns, it’s related to personal disputes most of the time, often disputes about guns — not always, but often,” she said, adding that this level of violence often leads to retaliation.

“It is important as much as possible that we’re able to make arrests in these cases because we want to avoid additional retaliation and additional violence in our city,” Krewson said.

One of the ways the city has been planning to reduce crimes and shootings is through the Cure Violence program. The mayor described the program as using “interrupters” who go into hyperlocal parts of the city and try to work with the residents to interrupt the cycle of violence.

The city has named three areas to begin the program: Wells-Goodfellow, Walnut Park and Dutchtown.

Wells-Goodfellow is the first to get going. A team has been hired and training is underway. The “interrupters” are expected to hit the streets either next week or the week after that.

“That’s the first real kickoff, if you will, of Cure Violence,” Krewson said.

Proposals for the other two sites are being considered now by a committee. The city is hoping to have more information to release on those neighborhoods over the next several weeks.