Police have another high-tech tool to fight crime in St. Louis

When it sounds like shots are fired, employees working from ShotSpotter headquarters in California evaluate the sound. If it's indeed gunfire and not fireworks, a car backfiring or another loud noise, they let St. Louis police know. 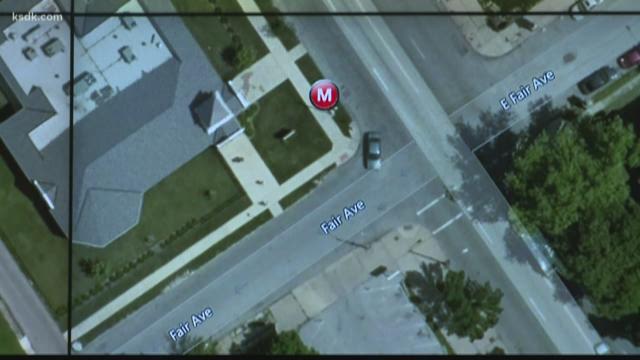 ST. LOUIS, – The ShotSpotter system shows police when and where someone fired a gun. The St. Louis Metropolitan Police Department started using this technology in 2008. Now, police use it every day.

"We can go ahead and play it for you," said Sgt. Ann Long, a supervisor within the department's Real Time Crime Center.

Seven shots played out on an audio recording from November 28 at 10:35 PM. A corresponding map showed the gunfire came from E. Fair Ave. and W. Florissant Ave.

Here's how it works.

In each zone, there are sensors. When it sounds like shots are fired, employees working from ShotSpotter headquarters in California evaluate the sound. If it's indeed gunfire and not fireworks, a car backfiring or another loud noise, they let St. Louis police know.

"It puts us about 10 feet within those shell casings," Long said.

It also includes whether multiple weapons were used.

"If we hear that it's a high-powered rifle, multiple weapons being fired, we make sure that our officers are aware," Long said. "We do not want them responding to a call blindly."

"We're very lucky to have it in Benton Park West," Hillman

However, she feels there is room for improvement in police response time.

"We trust that they're doing their job but when you sit out there for 30 minutes and you don’t see a police officer and you don’t get a call back, it makes you wonder," she said.

Long said police respond to every shots fired call, whether ShotSpotter detects it or a neighbor calls it in. She said the more information residents provide, the better.

"Sometimes, people just hear shots and they don't have any more information but if you do see a vehicle or a person involved, add as much information as you can to that," she said. "That only helps us respond to see what we're looking for."

The four zones cover 3.5 square miles of the City. Police would like this technology to cover more ground, but said there are financial challenges preventing them from adding more zones in the immediate future.

ShotSpotter charges a one-time activation fee of $10,000. Police said they received grant money to cover that. However, there is also a cost to keep the system going, which is between $65,000 and $90,000 per square mile per year. The police department covers that annual fee, which means taxpayer money is going toward ShotSpotter every year.