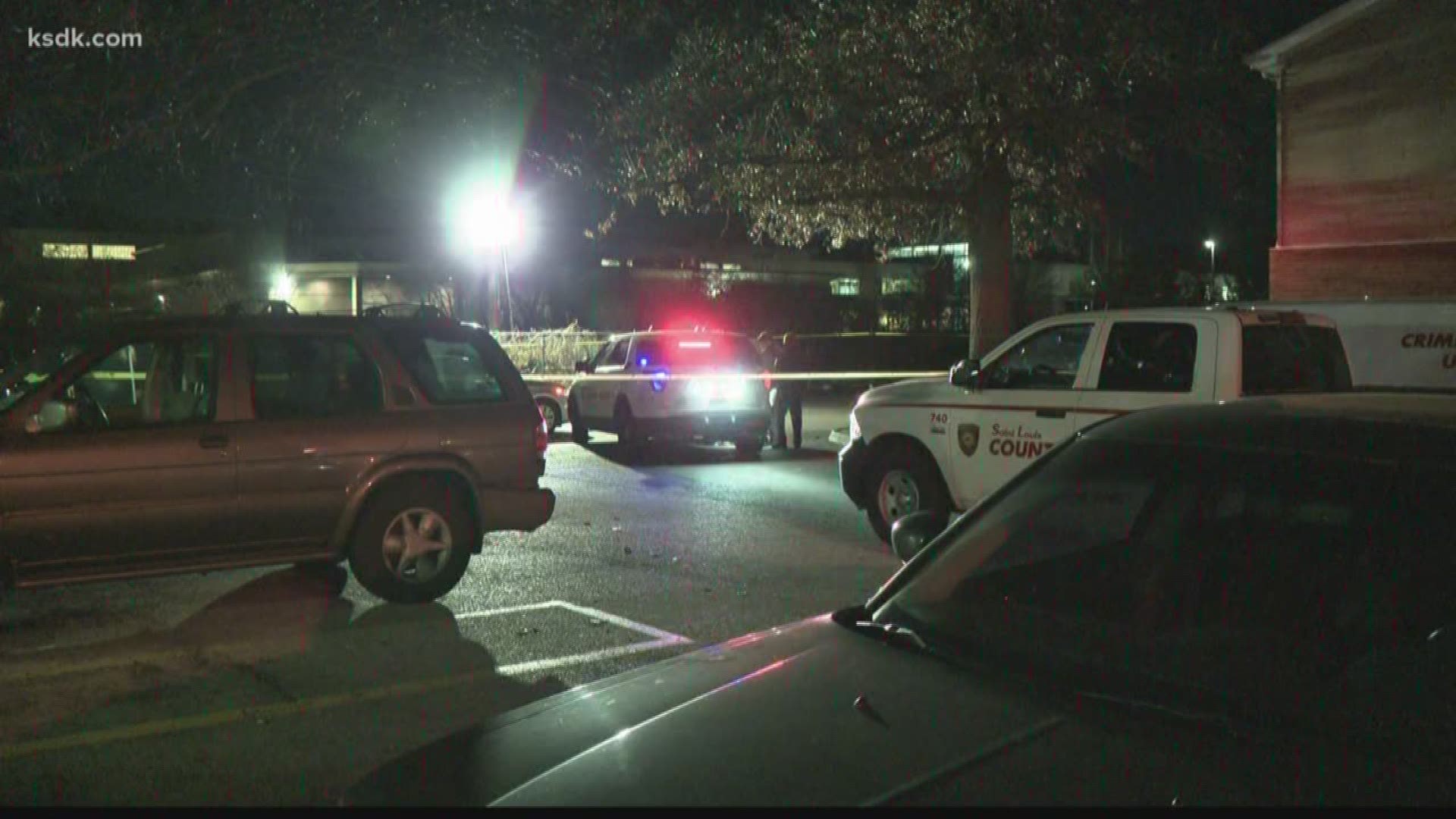 Ben Granda, a spokesman for the St. Louis County Police Department, said investigators were called to the complex on the 9600 block of Ventura Drive for a homicide investigation. Multiple police cars were on the scene and a large portion of the apartment's parking lot was blocked with crime scene tape.

Granda said police found a car crashed into a parked vehicle when they arrived at the complex. Officers found a man suffering from what appeared to be gunshot wounds inside that car. The man, who police believe was in his 20s, was pronounced dead on the scene.

Granda said the investigation was very active as of 7:45.