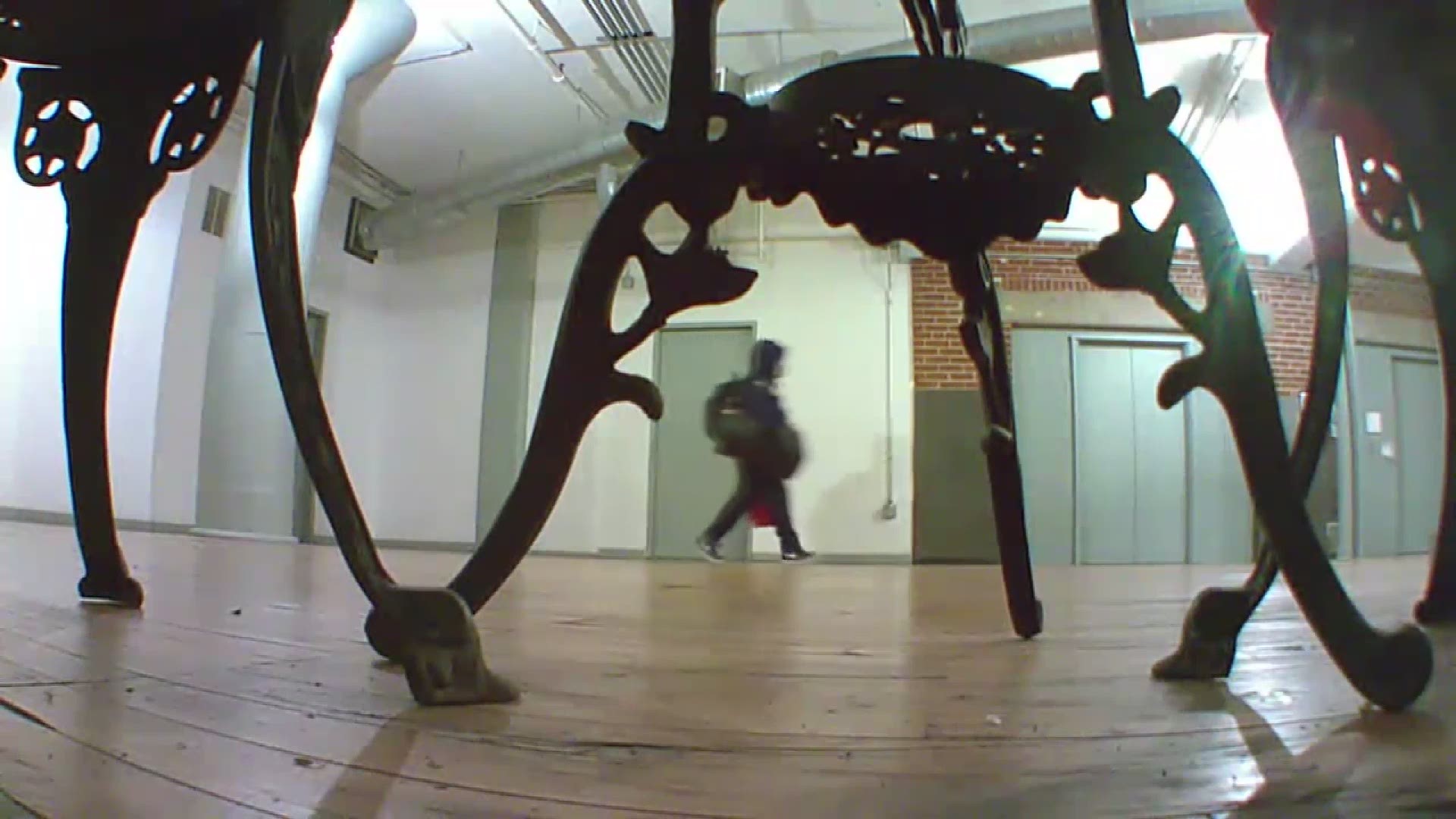 ST. LOUIS — The St. Louis Metropolitan Police Department is looking for a man suspected of breaking into and stealing from storage lockers in St. Louis earlier this year.

Police said a man broke into multiple storage lockers at a facility on the 1000 block of St. Charles Street in downtown St. Louis on Jan. 3. Police said the break-ins happened between 5:30 and 6:15 a.m.

Police said he took several pieces of luggage, a large toolbox with wheels and several other items. Police said the lockers burglarized were on the fourth and seventh floors of the facility.

The department shared video from the seventh floor of the facility that showed a man walking toward and away from burglarized lockers. The man was wearing a gray face mask, black Nike tennis shoes with white soles, black pants, and a dark blue hooded sweatshirt with "Chargers" written in white lettering and a skull cap with "Chargers" across the front. 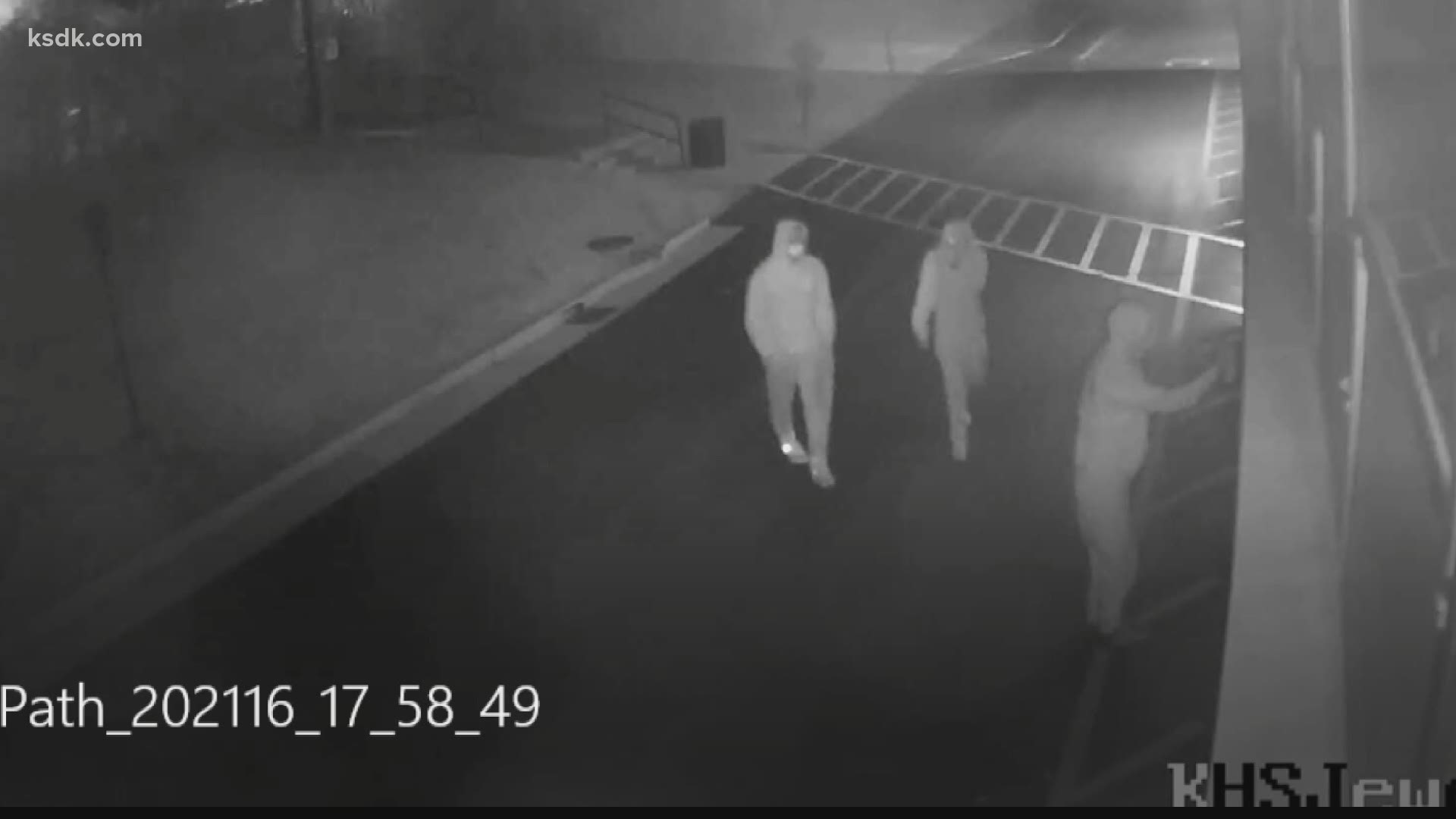