During the theft, the suspects were said to have stolen two unlocked cars, two guns, ammunition and other various expensive items. 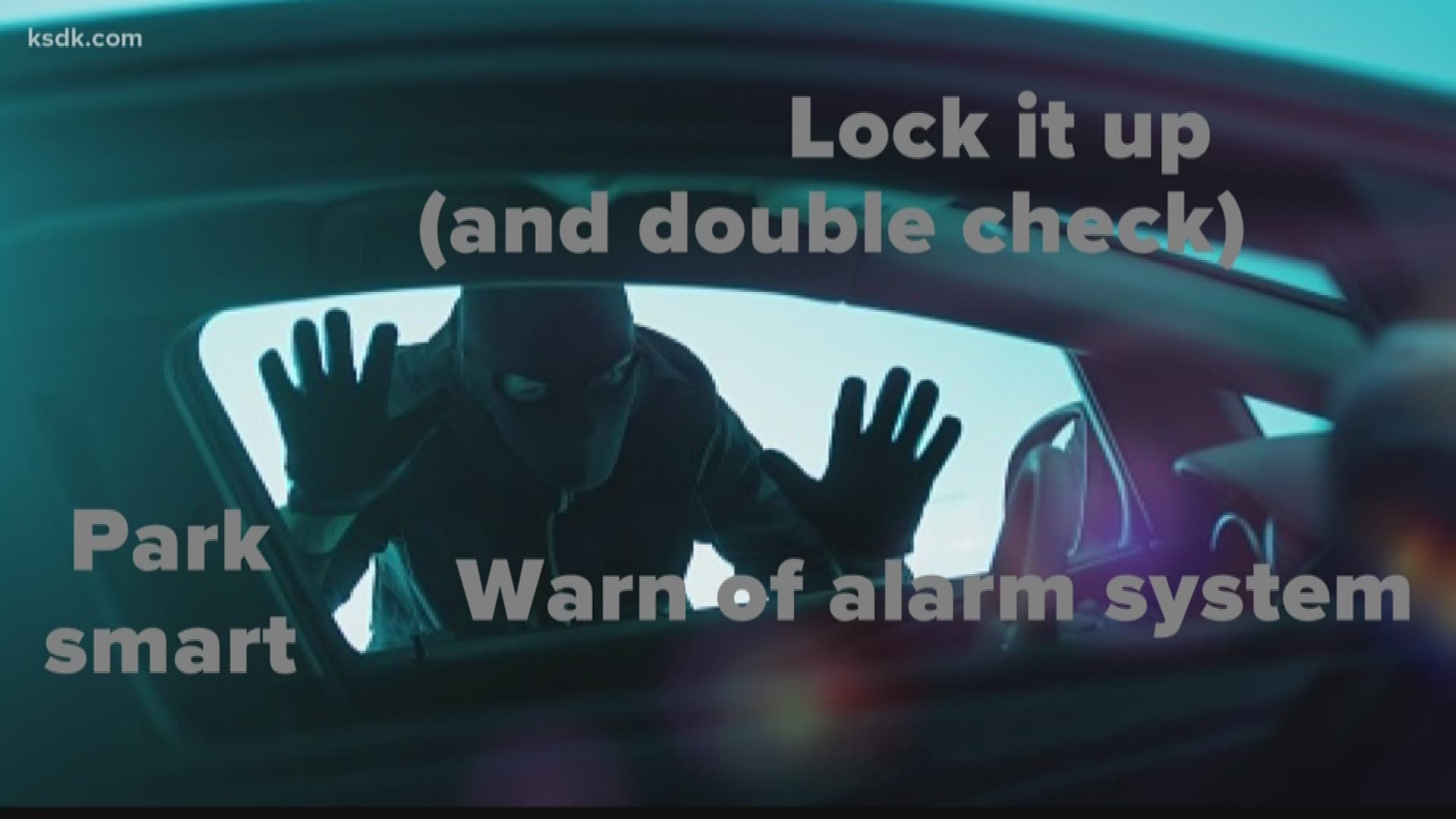 BALLWIN, Mo. — A large number of car break-ins in a west St. Louis County neighborhood prompted a warning to its residents.

In a video posted to Facebook, the Ballwin Police Department reported 'multiple' suspects broke into more than two dozen cars near the Holloway corridor, north of Manchester Road, late Monday night. Surveillance video released by the police department showed two cars driving along the street when a large number of suspects are seen running along the houses.

"With some surveillance video that we've been able to get, we can set that it's a number of individuals that have been coming in and doing these crimes," said Detective Bret Ackermann.

During the theft, the suspects were said to have stolen two unlocked cars, two guns, ammunition and other various expensive items. There were no signs of forced entry in any of the reported thefts, police said.

In all, Ballwin police believe the thefts took only 35 seconds before the suspects left the scene. As a reminder, police urged their residents to keep their cars locked at all times.

"They are very good at what they do. They are in and out of cars within seconds," said Det. Ackermann. "If they see something they want, they are going to take it."

Anyone with information is asked to contact the Ballwin Police Department at (636) 227-9636.