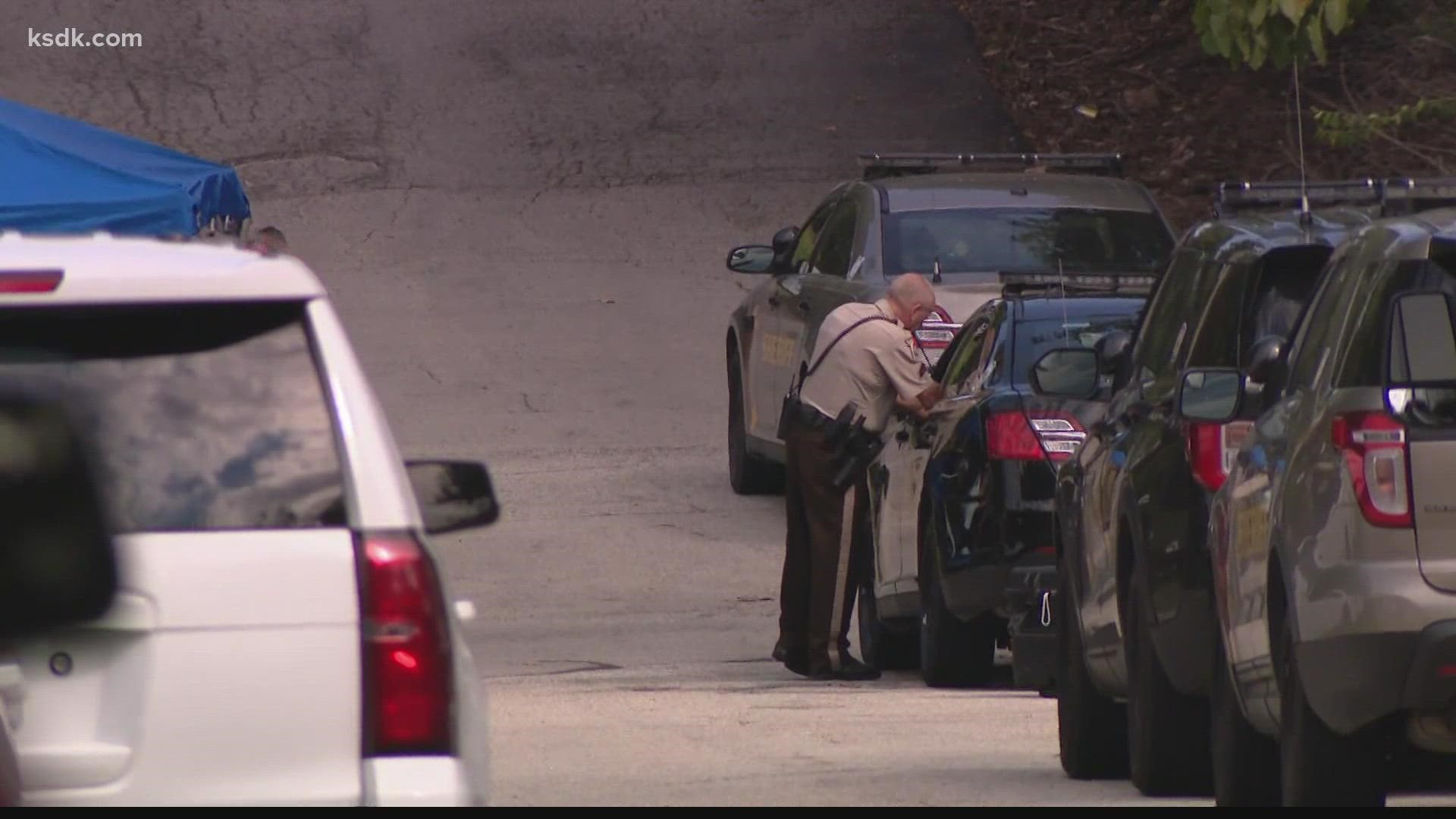 JEFFERSON COUNTY, Mo. — When a police stand-off where one woman was shot came to and end in Jefferson County on Monday, investigators explained that another woman hid inside the house during the entire ordeal.

It started about 3:30 a.m. Monday morning near Arnold with a call for a disturbance at a house on Adayah, located in unincorporated Jefferson County.

Jefferson County Sheriff’s Dept. officials said when deputies first arrived on the scene, they detected shots fired in their direction, so they called in the SWAT team.

Eventually, SWAT team members negotiated the successful release of two women who live there. One of them, a 41-year-old, had been shot. SWAT team members used a robot to monitor the alleged gunman inside the house and took him into custody without incident.

It was then that investigators told members of the media that another woman had been hiding inside the house the entire time.

Grant Bissell is the Jefferson County Sheriff’s Dept. public information officer, and described the situation as it unfolded.

“We had to be slow and methodical about how we went about this,” said Bissell, “In order to not tip our hand that we knew she was in there, since he did not know. We worried about her safety, obviously, because he had a gun inside. Apparently, he had been hitting the walls with a hammer and things like that. There was a good chance she was in danger if he had known she was in there.”

Prior to that, a 79-year-old woman was also released. Hours later they used a robot to take the suspect into custody.

Bissell said, “We had a camera, and it was basically kind of determining when was the right moment to go in. We had a visual on him that they were able to decide – yes, now is the moment. They went in and took him into custody.”

Neighborhood resident Kim Davis said she was relieved when it all came to an end.

“Yes,” she said. “It’s definitely been very hectic and scary.”

Bissell said toward the end of the ordeal, the third woman was hiding in the same bedroom where the gunman was located.

Investigators said the suspected shooter and the woman who was shot had previously been involved in a romantic relationship. Investigators said her injuries are not life threatening. The other two women did not appear to be seriously injured.

Charges are expected to be filed against the suspect soon.