The County Council will vote on a proposal next week that would expand the ShotSpotter program to Spanish Lake. 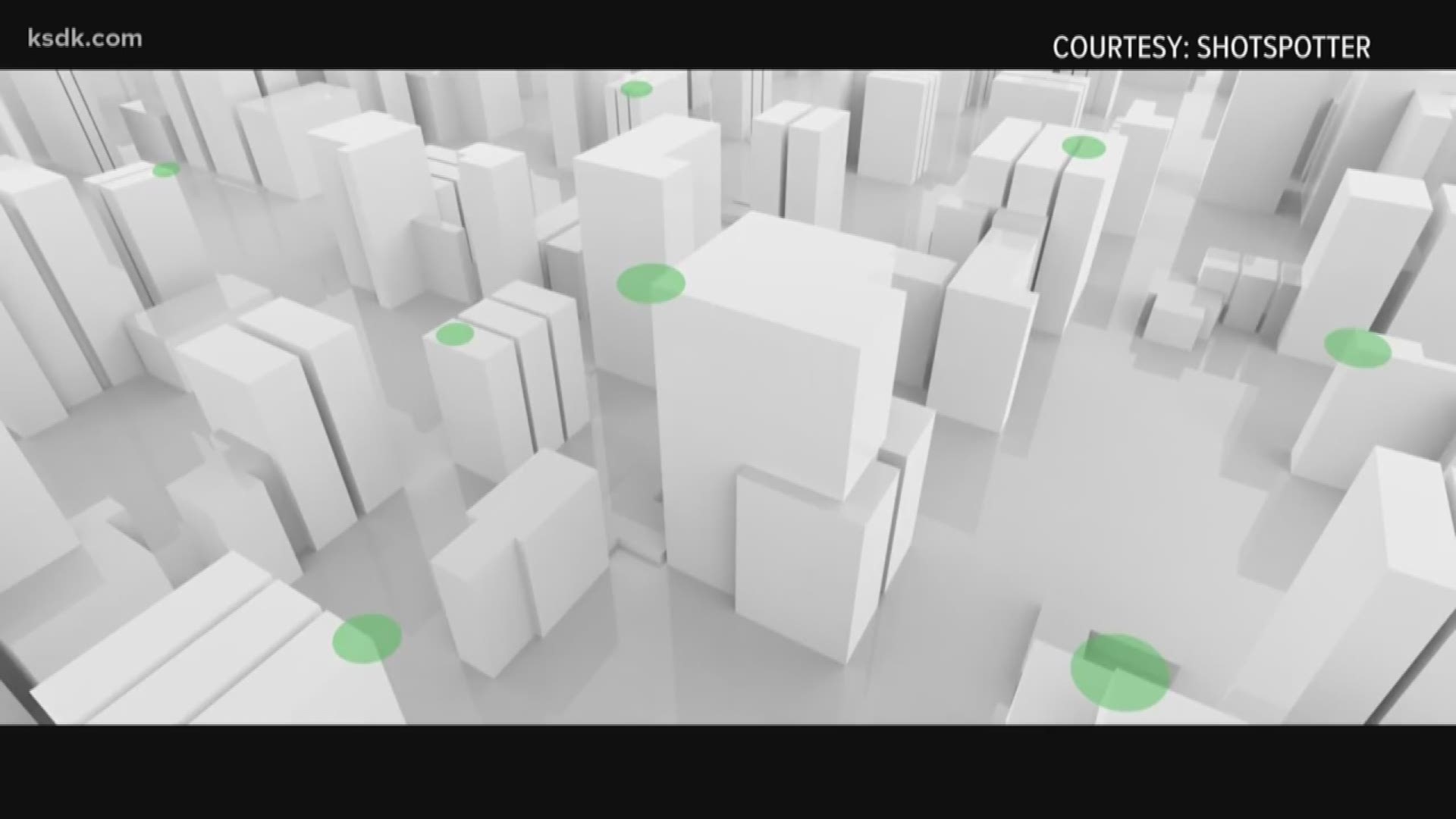 ST. LOUIS COUNTY, Mo. — St. Louis County is considering whether to expand a program that allows police to know exactly where someone fired a gun, even if no one calls 911.

Right now, the technology from the company ShotSpotter is in the Castle Point neighborhood. It’s been there since 2017.

St. Louis County Police provided 5 On Your Side with a spreadsheet that showed nearly a dozen shots fired calls in a week’s time. The locations provided, thanks to ShotSpotter.

“It’s not something that we definitely get called out on every time it happens,” said Officer Tracy Panus, describing what it was like before ShotSpotter.

The company put audio sensors around the area. They pinpoint where sounds come from based on how far it is from these triggers. Experts from ShotSpotter then listen to make sure it's gunfire and not say a firework. If they think it's a gun, they alert St. Louis County Police.

All of this happens within a minute, according to Panus.

"And we can get our officers out much quicker than if we wait for citizens to call in,” she said.

People around Castle Point have noticed. One man said he witnessed a shooting and then police responded within minutes. He said it was faster than before.

Panus said the technology can only help.

"Hopefully render some aid if we do have a victim at the scene or look for suspects if something did just happen," she said.

The County Council will vote on a proposal next week that would expand the ShotSpotter program to Spanish Lake.

Britteny Oliver lives in Spanish Lake with her five kids. She said she is in favor of the technology coming to her area.

“Bullets don’t have a name on it so at any time you can become a victim,” she said.

She says she's called in gunfire to police before.

“The last thing I want [my children] to do is be a part of violence or even be victimized by violence,” she said.

She said she believes ShotSpotter could help crack down on crime and help police arrest people who are causing trouble.

However, it will not be cheap for ShotSpotter technology to get installed in Spanish Lake. It would be about a half million dollars.

The money would come from the Proposition P referendum, which county voters approved last year to better fund law enforcement.

A final vote will happen next week.