"Human trafficking is a scourge on our society – a dark underworld that traps victims and reaches to all corners of the globe, including right here in Missouri" 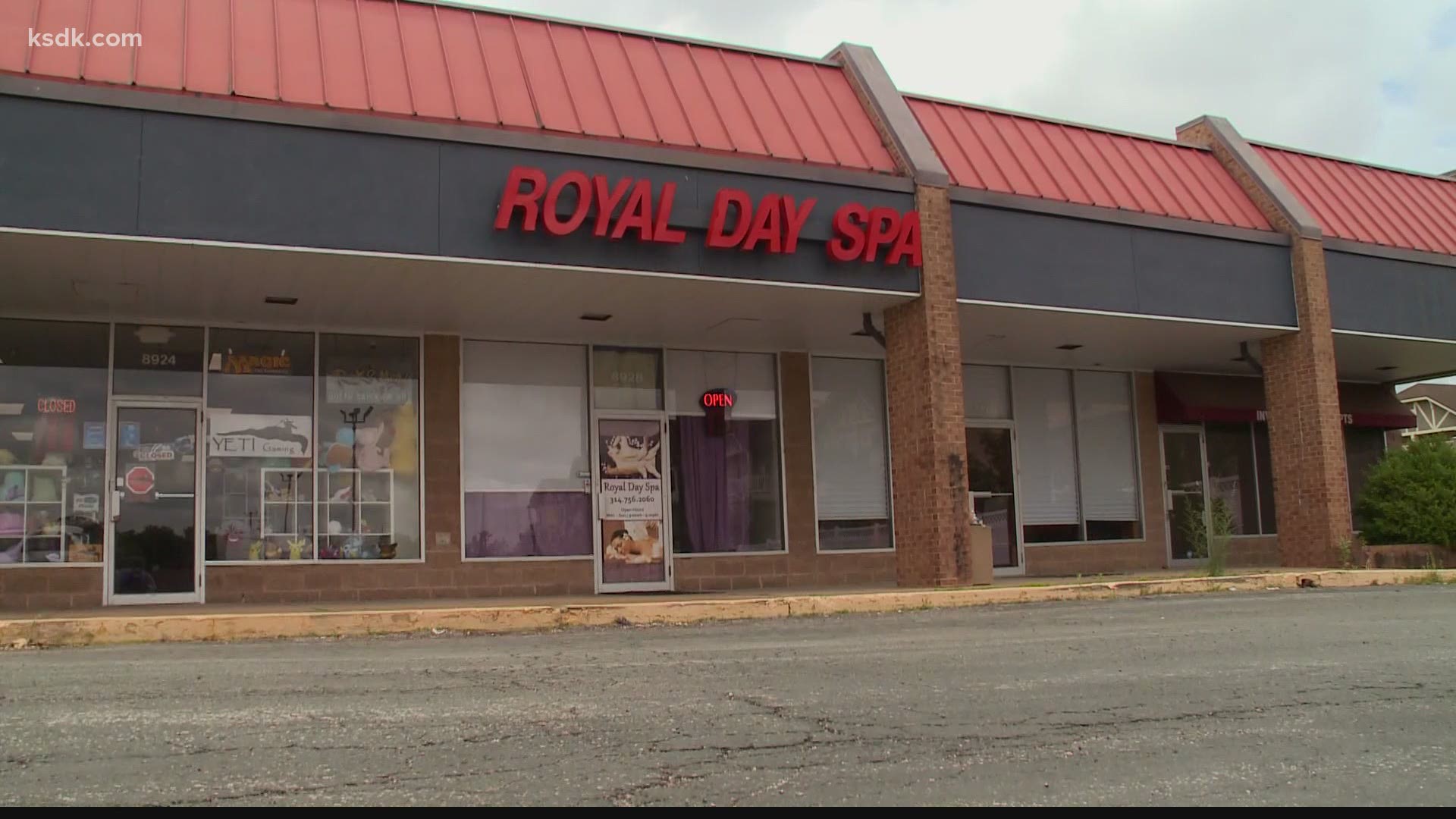 The lawsuit states Royal Day Spa, which is located along Watson Road in Crestwood, has its front windows covered and that it’s open late, among other signs of an illicit massage business.

Following several traffic stops made by the Crestwood Police Department, three “male individuals” – as described by Schmitt's office – made reports to police officers about their experiences at Royal Day Spa. The individuals said their visit to the spa involved exchanging money for sexual favors. The men said they paid a female masseuse $60 plus a tip ranging from $20-$40.

The suit alleges two counts of public nuisance and is seeking an injunction to shut the spa down immediately.

Schmitt told 5 On Your Side the female employees are often the ones who become victims of human trafficking. Often, the illegal activities they are being asked to do are simply portrayed as part of the job description.

“It’s a dark underworld," Schmitt said. "Typically, women come from Asian countries. They come here, a lot of promises are made, they find themselves in overwhelming debt they can never get out from under, family members back home are threatened.”

Katie Dalton, executive director of the Crime Victim Advocacy Center, said, forced labor also is at play in cases like this.

“A phrase people use is 'modern-day slavery,'" Dalton said. "And so, some of those pieces play into these massage parlors, like this. Employees just don’t know what the laws are. They might be paying them barely anything, but the workers think that’s their payment, and they have to perform these tasks, because that’s what the job entails.”

Schmitt was asked why he was pursuing civil action before criminal charges.

“We want to shut these places down,” said the Missouri attorney general. “As they continue to operate, it puts people at risk. We will continue to work in the ongoing investigation with local law enforcement and ultimately with local prosecutors for the criminal prosecution, where they have jurisdiction.”

The lawsuit is the fifth filed by Schmitt as part of his office’s Hope Initiative to combat human trafficking in illicit massage businesses, according to a news release from Schmitt’s office.

Schmitt previously filed civil suits against four other businesses in Cole, Laclede, Clay and Jackson counties as part of the Hope Initiative. The initiative was launched by Schmitt in October 2020 to crack down on illicit massage business operating in Missouri.

Royal Day Spa is also featured on certain websites where users can post their experiences at massage businesses, including graphic descriptions of sexual favors or activity that took place at that business.

5 On Your Side telephoned Royal Day Spa to get the owner's reaction to these allegations, and an unidentified woman who answered the phone said this is not right, these accusations are not accurate, and they plan to hire an attorney and fight this.