Bar in The Grove closed after 3 injured during shooting

Officers responded to Taha'a Twisted Tiki, which is in the 4100 block of Manchester Avenue, around 10:15 p.m. 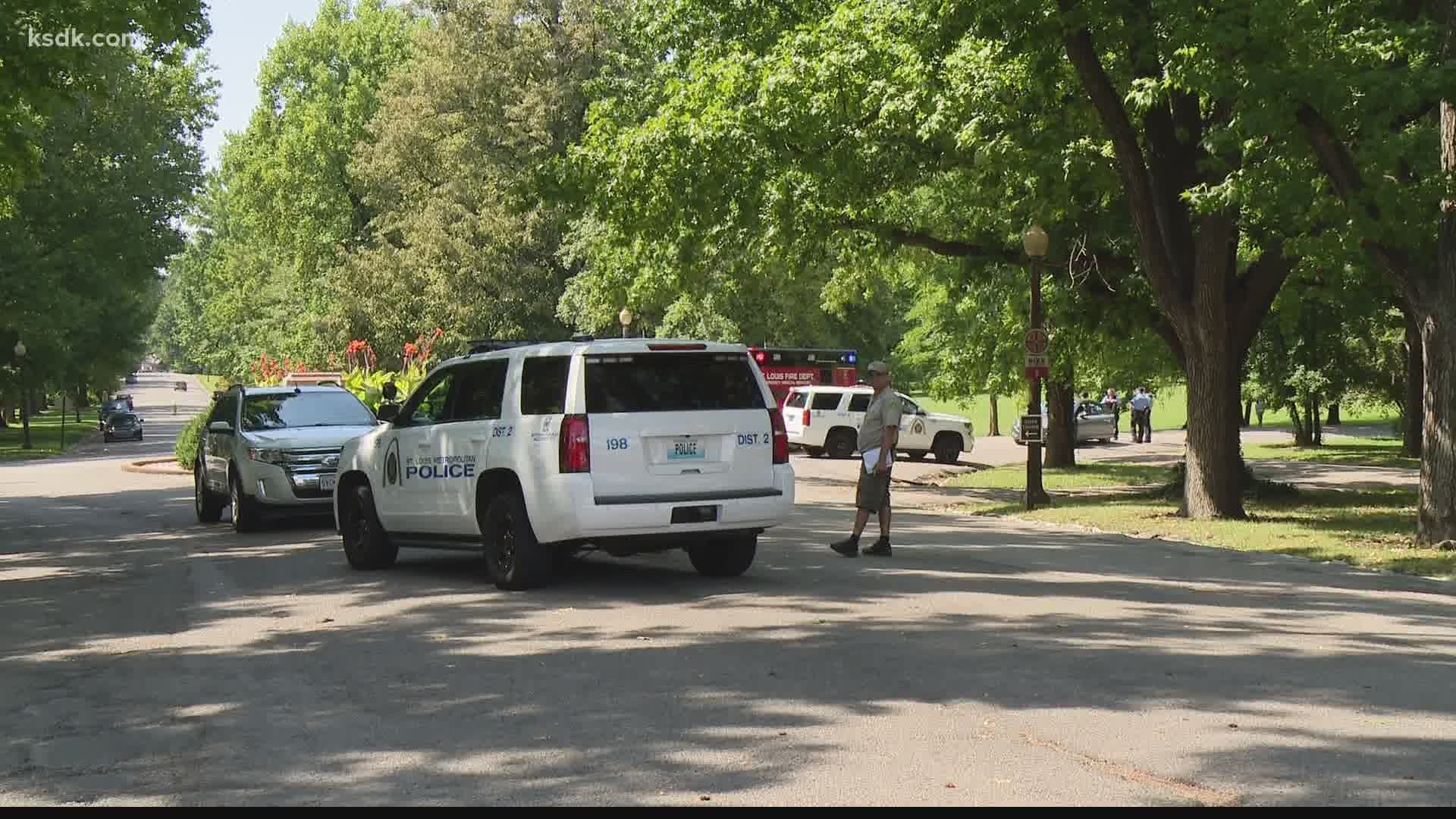 ST. LOUIS — Police are investigating a triple shooting at a bar in The Grove.

Officers responded to Taha'a Twisted Tiki, which is in the 4100 block of Manchester Avenue, around 10:15 p.m.

Three people were injured during a shooting, police said. All victims were conscious and breathing when officers arrived. Their conditions have not been made available.

According to a post from Taha'a Twisted Tiki, the shooting happened outside the bar.

"The violence in this city is out of control. According to witnesses, tonight two men got into a confrontation on Manchester Ave. One man threatened to shoot the other. The man fled and ran to our place for safety. The other man chased him and shot him through our fence. He was shot in the back and may not walk again," Taha'a Twisted Tiki posted on Facebook. "This senseless act of violence has forever changed at least one man’s life and traumatized our staff and guests. This has to stop."

A suspect remains at large.

On Sunday, the bar posted on social media that it would be closed.

"We will be closed til Tuesday September 1. Giving our team a couple of days for self-care and rest. Please stay safe everyone," Taha'a Twisted Tiki posted on Facebook.

5 On Your Side spoke to general manager Ben Thacker.

He said it was a busy Saturday night until a man came running from down the street and entered their patio, trying to escape another man who was trying to rob him. The suspect then opened fire, striking the man and two patrons.

"It was great crowd that we had going on and it was probably one of the busier Saturdays they had. I've never seen this happen down here before, we don’t even have any bar fights here or anything like that."

He said that staff sprung into action to help the three people shot when this all happened.

"They made sure everyone was still awake and able to talk. That’s probably the first time I had a staff that took a step forward instead of three steps back," he said.

There were two staff members in the extended patio and two behind the bar. In the chaos, he told them to call 911.

“Everybody kind of laid low, made sure the shooter was gone, and then we got everybody out of there,” he said. “One of the patrons who was shot in the back, I had my hand over his wound and was making sure he was OK.”

This comes as there have been several shootings across the City of St. Louis on Saturday - including one where two police officers were shot.