Man struck by stray gunfire while trying to board Metro Bus in St. Louis Wednesday morning 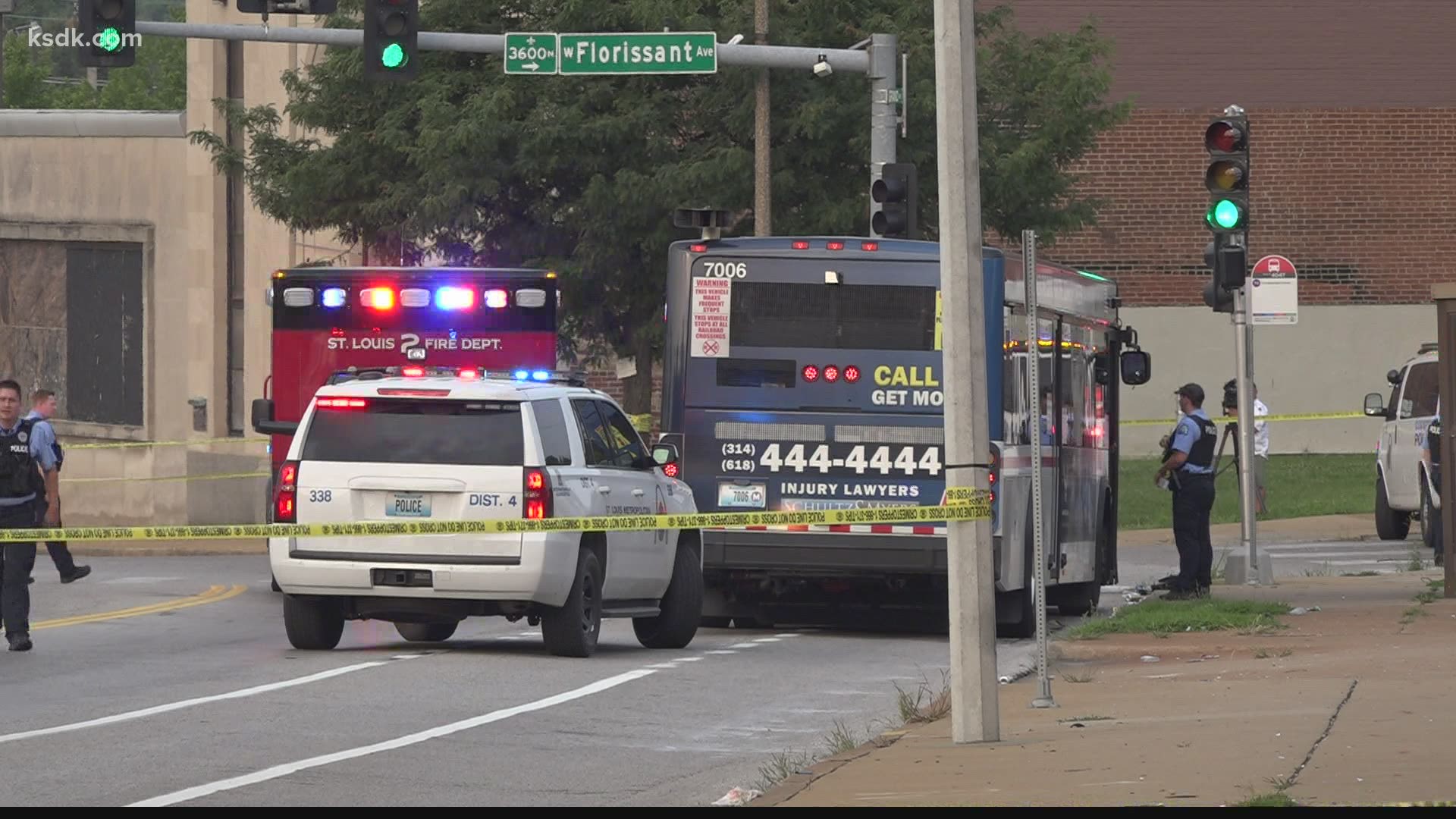 At around 7:15 a.m., St. Louis police were called to West Florissant Avenue and North Grand Boulevard for a report of a shooting. When officers arrived, they found a man suffering from a gunshot wound to his torso. Police said the shooting originally occurred at North Grand and Emily Street.

The victim was conscious and breathing at the scene and was taken to an area hospital for treatment. Police have not given an update on his condition.

A witness told 5 On Your Side he woke up to the sound of more than 30 gunshots. At the scene, our photographer spotted a MetroBus in the area that police were investigating. Police said the victim was about to board the bus when someone inside a blue sedan that was chasing a pickup truck started firing shots. The victim was struck by one of the shots and injured.