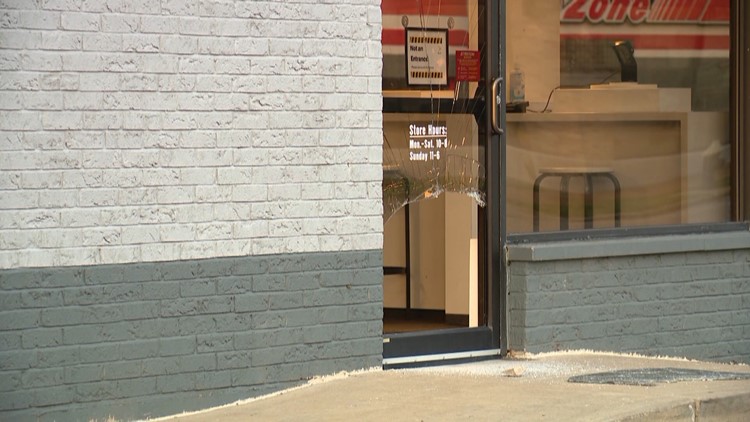 Smash and grab at Sprint store in south St. Louis

ST. LOUIS — Two thieves made off with phones and other electronic devices after breaking into a Sprint Wireless store in Tower Grove South.

Burglars smashed the bottom part of the glass front door to get into the store. The owner told 5 On Your Side the thieves stole several electronic devices but didn’t know a cash value for the items taken.

Police said two men are wanted for the burglary. They were wearing dark-colored hoodies and gloves. Each man had a mask covering his face.

The owner also said there have been thefts at other Sprints stores in Belleville and Fenton.

St. Louis police have not released any further information at this time.