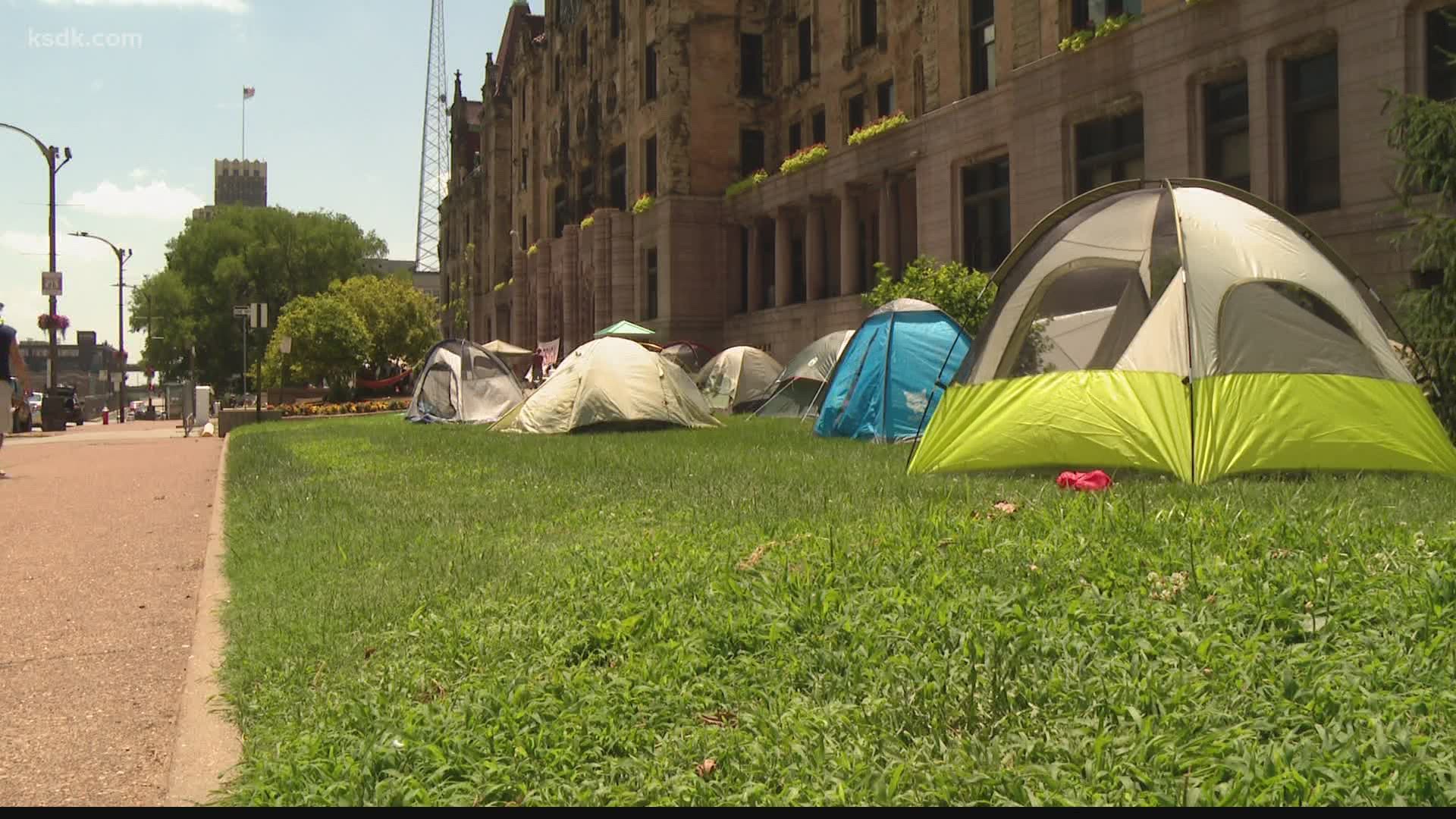 ST. LOUIS — Two city employees were struck in their heads, one with a rifle, after they tried to tow cars illegally parked in front of St. Louis City Hall early Thursday to make way for street cleaning crews, according to St. Louis police.

Police said the employees, both 47-year-old men, were trying to tow vehicles parked in a zone at 13th and Chestnut at about 3:18 a.m. where parking is banned from 3-6 a.m. for street cleaning. As tow truck drivers arrived to clear the cars for street cleaners, protesters camped outside city hall climbed onto the tow trucks and laid down in the street in front of them, according to a police summary.

Public Safety Director Jimmie Edwards issued a statement Thursday saying he had several "amicable" conversations with various protest leaders to ensure safety of protesters, the public and police. He characterized most protests in the city since June 1 as nonviolent and without injury or "little property damage."

"However, at about 3:15 a.m. this morning several protest members which are a part of the protest group currently encamped at City Hall struck a City of St. Louis employee twice in the face with an assault rifle and another employee was assaulted by being punched in the back of the head. These people are not peaceful or nonviolent and will be arrested and held accountable for their criminal behaviors. It is important that citizens as well as elected officials denounce criminal behaviors disguised as lawful protests.”

One of the city employees who told protesters to get off the truck was struck in the back of his head with a rifle. The man then pointed the rifle at the employee, according to police.

A second city employee then tried to intervene and a second person struck him in the back of his head, police said.

Both of the attackers, along with protesters who had been camped in front of city hall, then ran south toward the building, according to a source.

Some of the incident was captured on a cellphone, and police found video footage of protesters matching the description of the suspected attackers, according to a source. 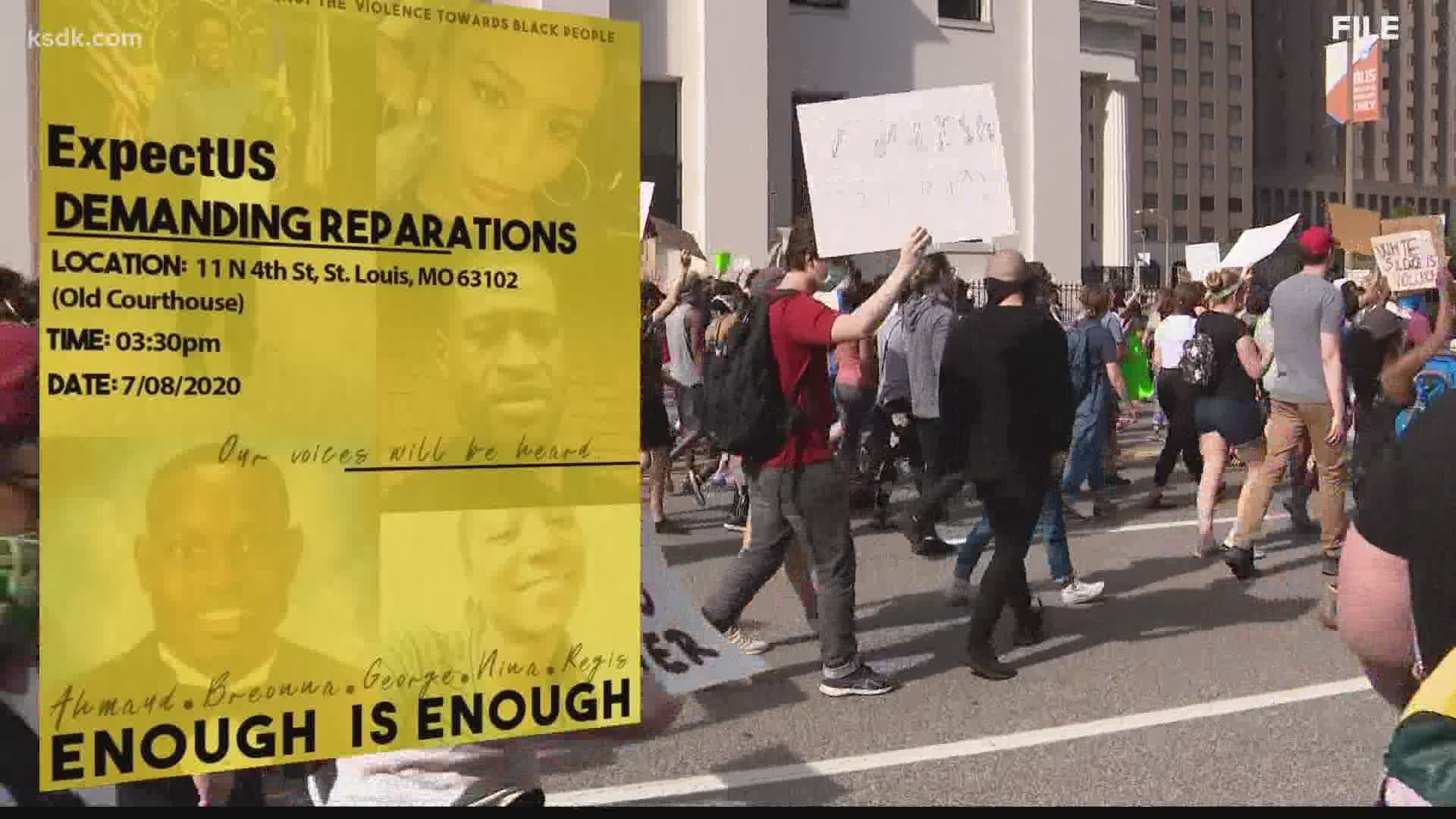