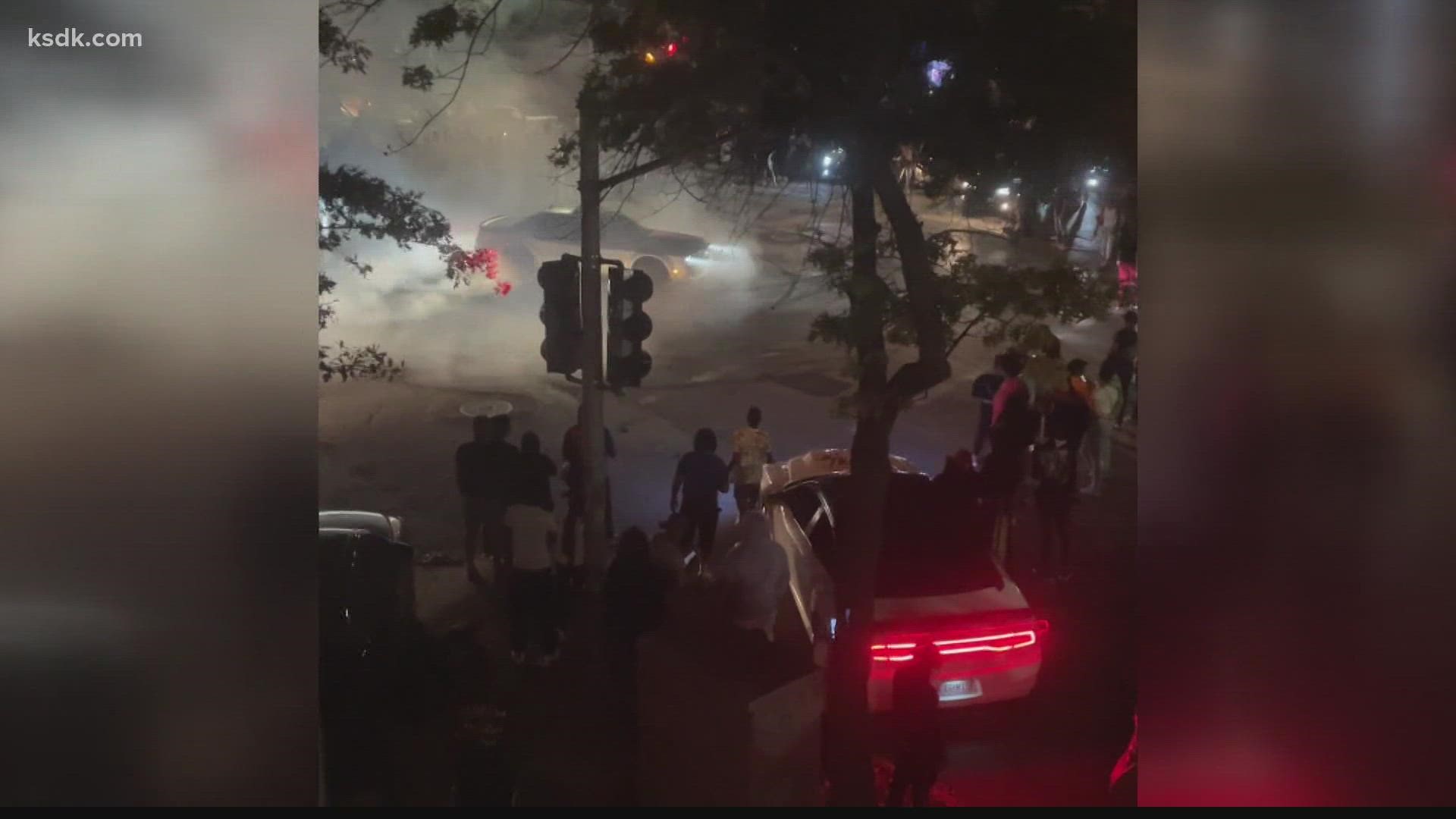 ST. LOUIS — St. Louis city leaders are answering questions after hundreds of cruisers and street racers took to the streets over the weekend.

Jerry Stamson shot cell phone video of the large crowd gathered at the Jefferson and Shenandoah intersection in South City on Saturday night.

"It was pretty much a block party. They were doing donuts for 20-30 seconds at a time. They would stop. People would cheer," Stamson said.

Stamson's neighborhood was one of several reported to have racers disrupting traffic.

"It was backed up for at least a block, block and a half. Looked like a parking lot," Stamson said.

"Our SWAT officers and district officers disrupted approximately 400-500 cruisers performing burnouts at Grand and Natural Bridge, and from there the large groups moved through neighborhoods throughout the City disrupting traffic," Isom said.

RELATED: Residents react after hundreds block off streets while racing across St. Louis

The event brought drivers from all over the region to the City.

Stamson said he called the police three times and had trouble getting through.

"At least about an hour and a half, two hours not one police officer showed up and I know they're busy, but to shut down a major intersection like this on Jefferson, that's, and given kind of the crowd and what was going on like it's kind of important," Stamson said.

Isom said it greatly taxed their responding officers all night, diverting resources from other crises to traffic control.

They have an enforcement strategy to place officers in certain parts of the City, but they need the public to do their part.

"We implore the community to be more responsible and to obey the traffic laws. We will be enforcing it. We will be doing other things, but we need the public's help in this as well," Isom said.

Isom says this was the first time they've seen a social media call to gather for street racing this year.

They're still investigating how the event was organized.

They issued about 20 summonses on Saturday night and a couple of arrests associated.