The raise will put St. Louis County in line with St. Charles County, but both counties are about $1 per hour behind St. Clair County in Illinois. 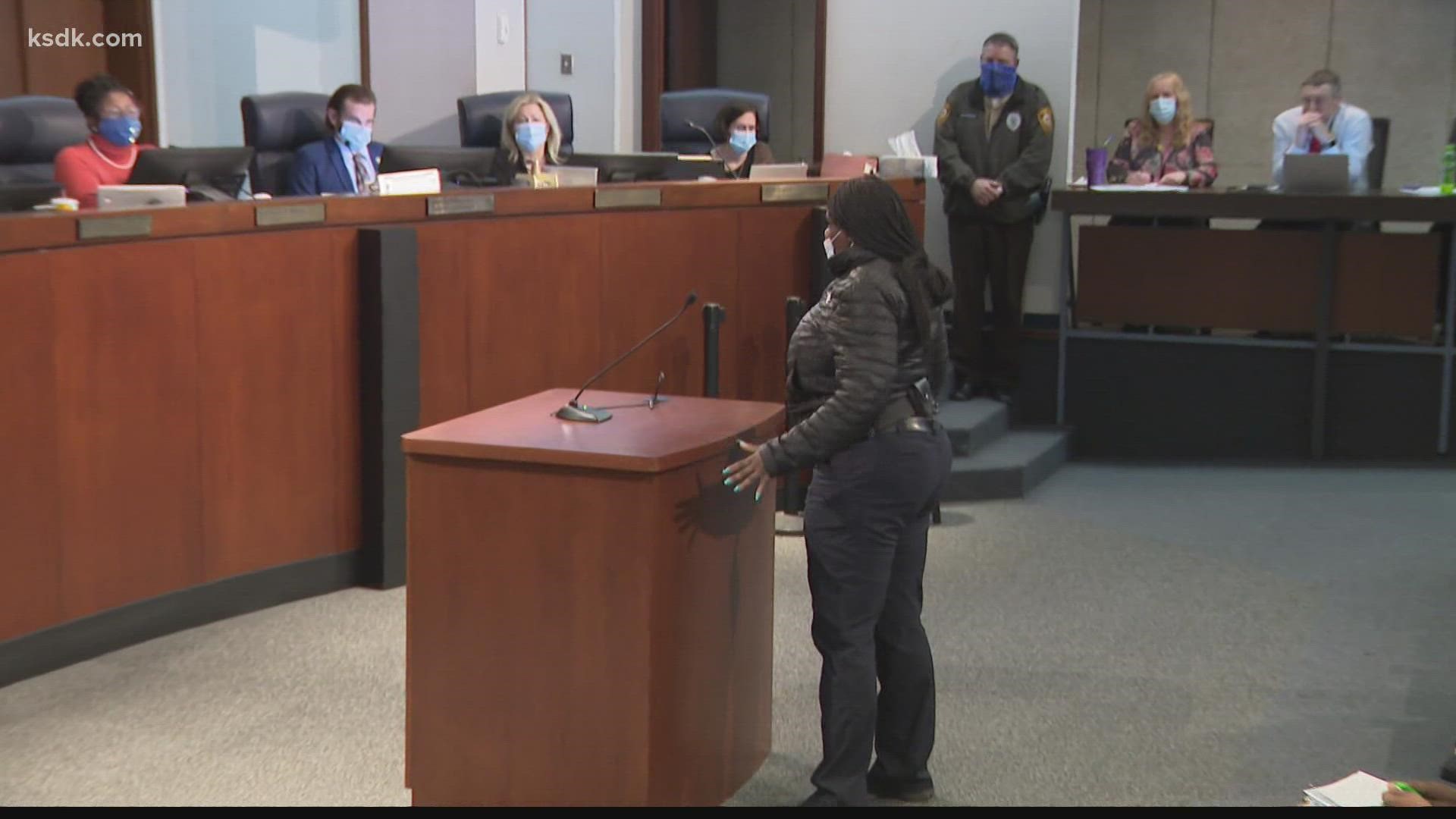 ST. LOUIS COUNTY, Mo. — Correctional officers in St. Louis County will be getting a $3 an hour raise early next month as the county continues to struggle with staffing.

“Thank you to the council for prioritizing pay raises for our Justice Center employees and to Acting Director Scott Anders for his leadership," County Executive Page said. "These are raises I asked for in April. This compensation will help with retention and recruitment and help keep our corrections officers safe.”

The raise will put St. Louis County in line with St. Charles County, but both counties are about $1 per hour behind St. Clair County, Illinois.

The county's spokesperson said to be comfortable, they would like to have 170 correctional officers. Right now, they are able to cover shifts with OT and supervisors filling in.

"Because of the understaffing, there’s not enough people to respond to these situations when they are occurring as quickly as they should be," said civil rights attorney Elad Gross.

Gross is representing Chrissy Nieto, a correctional officers attacked by an inmate and left hospitalized.

Weeks before this incident, another female officer, Pristina Hanning, was assaulted by an inmate and suffered severe injuries.

He claims there were over 70 inmates in her unit. Gross is representing Hanning, as well.