It started with a carjacking in north St. Louis 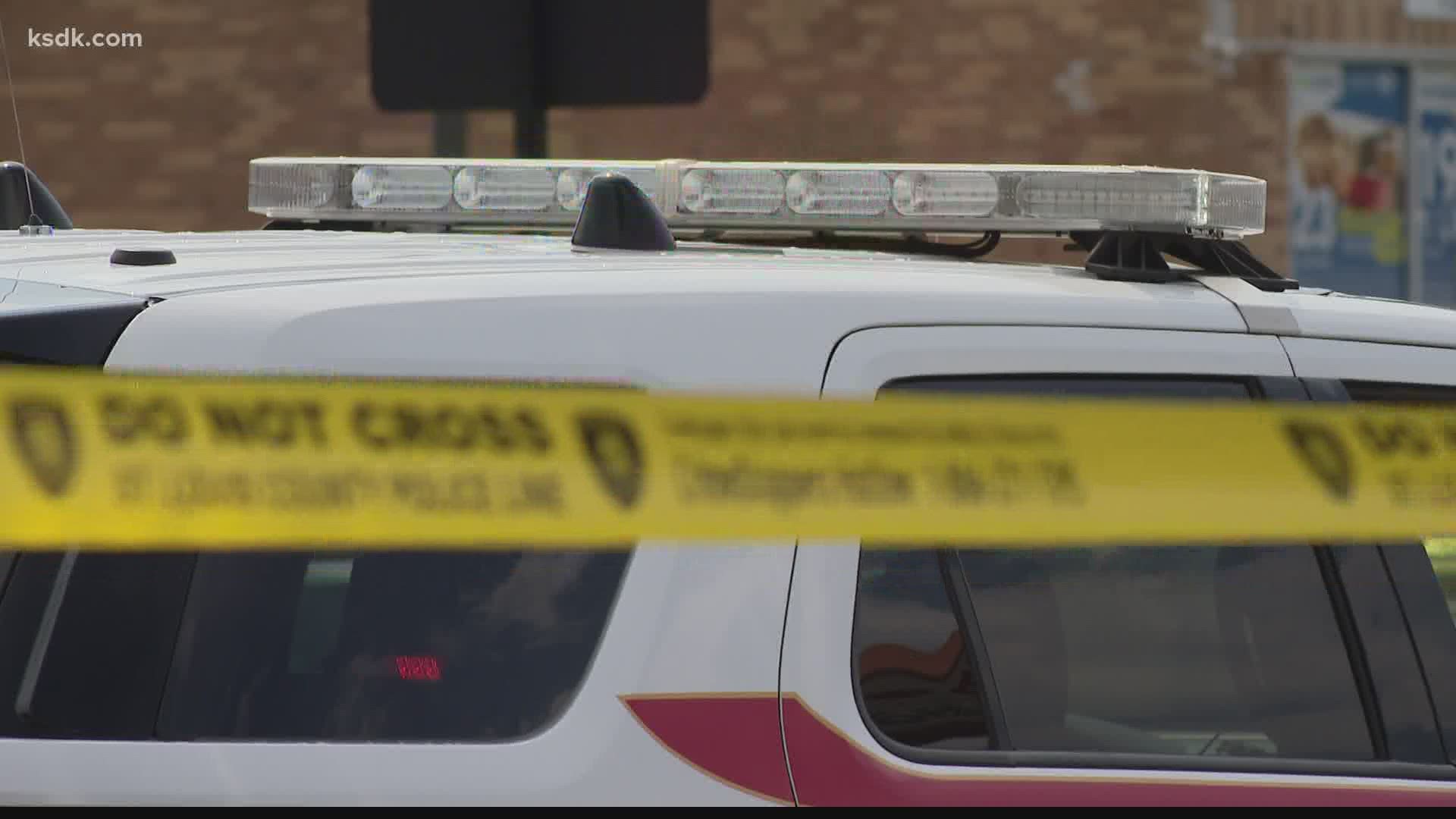 ST. LOUIS COUNTY, Mo. — A St. Louis County police officer hit a carjacking suspect with an unmarked police car while the suspect was trying to get away after a chase.

It started just after noon on Wednesday in the 500 block of Clara in St. Louis.

The carjacking victim, who is 25 years old, told police he was walking to his home when three men approached him and asked to use his phone, according to a preliminary report from St. Louis police. One of the men showed a firearm and demanded the victim's keys.

“We must have just missed it. I don’t see how we missed it, but we were here,” said Karleen Logan, who works as a nanny for a couple who lives in the victim’s neighborhood.

“It’s a wonderful neighborhood. I’ve never felt nervous, scared. You know I walk with the kids every day,” said Logan.

The victim gave up the keys and the men took off in his Mazda. He was not injured.

The suspects — whom police said are 19, 17 and 16 — led officers on a chase through the city and county. When the chase entered the county, detectives in an unmarked police vehicle activated the police lights on their car and attempted to pull the suspects over.

Police said one of the suspects pointed his gun out of the car and fired a shot toward the police vehicle. A detective returned fire at the suspects. No one was struck by the gunfire.

The chase ended in the 7200 block of Natural Bridge Road in north St. Louis County when the suspects fled the wrong way down the drive thru of a Lee's Chicken and struck a pole.

"The driver of that suspect vehicle was trying to get out after his vehicle became disable from striking that concrete pole," St. Louis County Police Sgt. Ben Granda told reporters on scene. "The police vehicle then comes around the corner also and strikes that individual."

Police recovered a gun on scene.

Karleen Logan and other neighbors are relieved the victim survived the frightening ordeal.

“I just feel sorry for him. It’s just so said,” said Logan.

Initially, police said they believed someone had been shot, but that was not the case.

The 19-year-old suspect was the one hit by the police car. A press release from the St. Louis County Police Department said he was taken to the hospital in serious condition.

The detective that returned fire is a 35-year-old with 11 years of law enforcement experience.

County police said the stolen car struck another car during the chase near the intersection of Highway 70 and Union Boulevard, but the car that was struck did not stay on the scene. Police are asking for the driver of that car or anyone who saw the crash to call them at 636-529-8210.