Three men were told they couldn’t be inside without masks. They didn't comply and left. Moments later, they went back in and assaulted the guard. 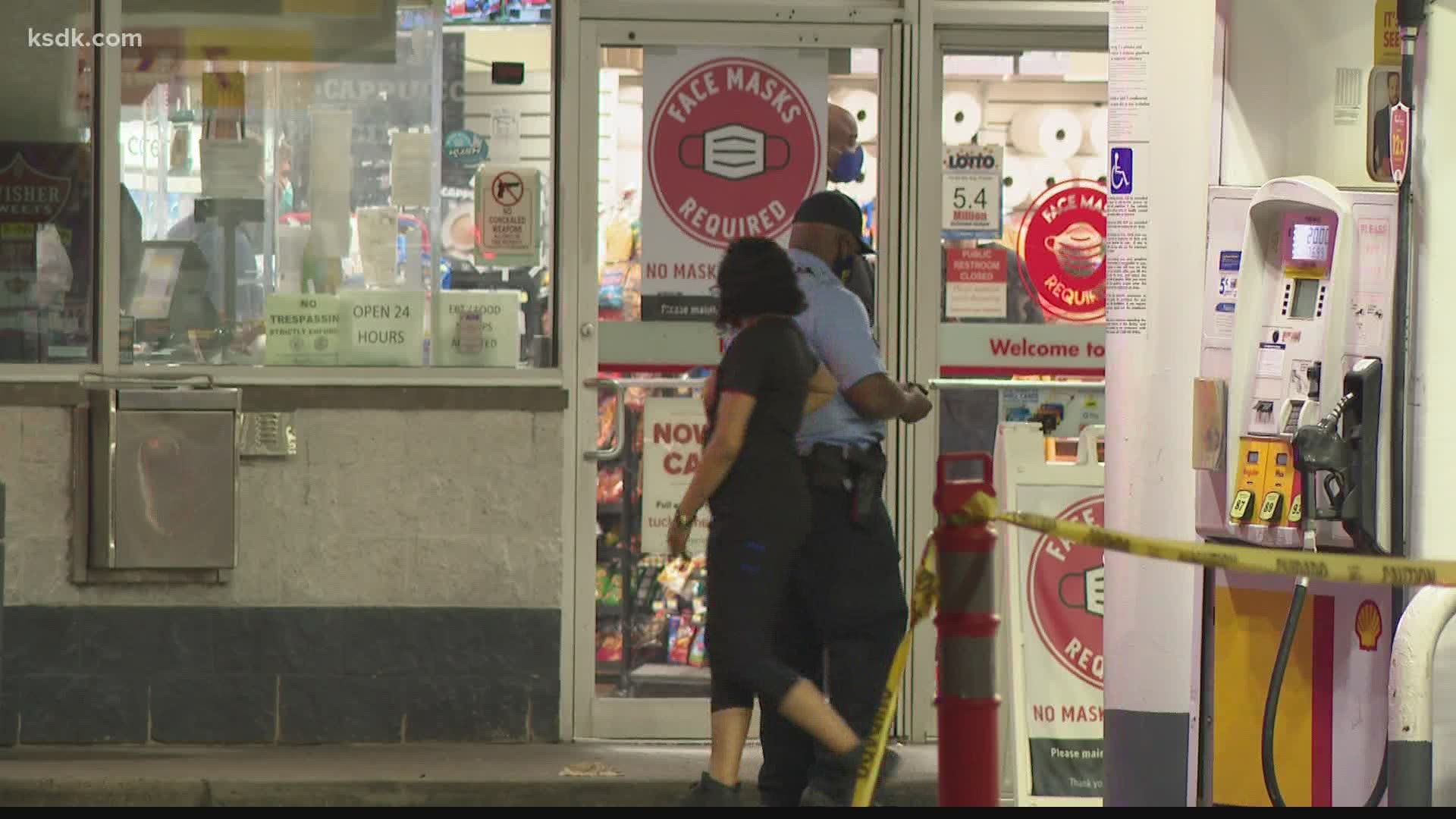 At around 2:30 a.m., St. Louis police were called to the Shell Gas Station on Tucker Boulevard for a shooting. When officers arrived, they found the 47-year-old security guard suffering from contusions to his hand.

The security guard told officers three men entered the gas station and were told they couldn’t be inside without wearing masks. The suspects didn’t comply and exited the station.

The suspects then went back into the store and began taunting the security guard, police said. When the guard told them to leave, they surrounded him and began punching him in the face and head. One of the suspects grabbed the guard’s baton and hit him with it several times.

As the three suspects continued attacking the guard and taking items out of his belt, he pulled out his gun and fired at the suspects and they ran away from the area. The guard told officers one of the suspects was shot.

While investigating the incident, police were informed that one of the suspects, a 27-year-old man, was dropped off at a hospital suffering from a gunshot wound to his abdomen. He remains in the hospital in critical condition.