Malik Ross confessed to the shooting that left Xavier Usanga dead. The following day, he said he participated in an embezzlement scheme to fund a plan to flee 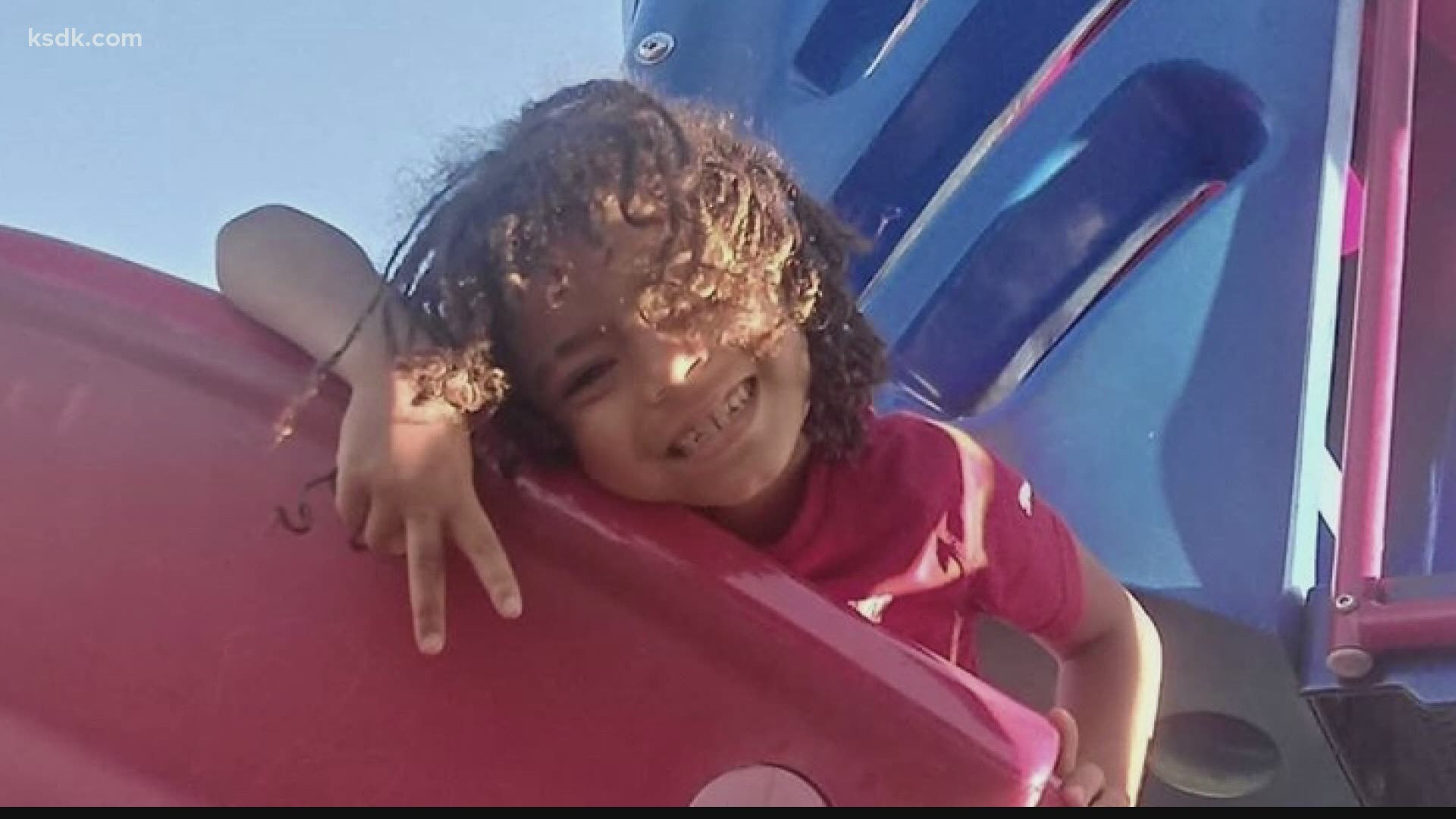 ST. LOUIS — St. Louis Circuit Attorney Kim Gardner has said her office didn’t have enough evidence to charge Malik Ross with the 2019 murder of 7-year-old Xavier Usanga — but a federal judge heard all the evidence he needed Tuesday to sentence him to 10 years in a federal penitentiary for doing so.

St. Louis detectives testified for several hours during Malik’s sentencing hearing Tuesday at the federal courthouse, saying they were able to prove Ross and his aunt conspired together to embezzle $50,000 in cash from a Garda World Logistics Inc. truck the day after the child was killed.

The business contracted with Midwest Regional Bank to transport its federally-insured deposits. That’s why federal prosecutors were able to charge Ross with embezzlement — a federal crime.

Assistant U.S. Attorney Allison Behrens argued Tuesday Ross stole the money because he was planning to escape to Nashville knowing the heat was on to find the child’s killer, and he told his aunt he fired the shot that killed Xavier Usanga.

Ross’s public defender, Beverly Beimdiek, asked U.S. Magistrate Rodney Sippel to only sentence Ross for the crime he was charged with, and not a crime Gardner’s office didn’t have enough evidence to issue.

After hearing hours of testimony from St. Louis detectives, audio of the shots that were fired that day, and other evidence, Sippel said he believed Ross’s actions that day fell somewhere between involuntary manslaughter or second-degree murder.

“These events didn’t happen in a vacuum, they are inextricably intertwined,” Sippel said.

He noted sentencing guidelines for involuntary manslaughter charges are 27 to 33 months and 235 to 293 months for a second-degree murder charge.

“I believe a sentence in between those guidelines are appropriate,” he said.

“This sentence is substantively unreasonable,” she said.

Gardner's office issued a statement, which read: "Murder has no statute of limitation and this case is still being investigated by the Circuit Attorney's Office."

Usanga's parents were not in the courtroom Tuesday, but his mother spoke with 5 On Your Side's Robert Townsend Tuesday night. Dawn Usanga, Xavier's mother said Gardner's office didn't go far enough in this case.

“His conduct that day was reckless along with his attempt to evade responsibility, so the recommended guideline between eight and 14 months doesn’t reflect the seriousness of the crime,” Sippel said.

Xavier Usanga's mother was glad to see the judge consider her son's death in this case.

“When people choose to pick up a gun, carry a gun and decide to shoot it, they need to be responsible for what happens when that bullet comes out. Thank God the judge took into consideration the situation regarding my son’s murder. We’re thankful for that,” said Dawn Usanga.

Ross admitted that on Aug. 13, 2019, while his coworker was inside a building in Soulard conducting Garda business, he drove a Garda armored car from that location to a spot along South Broadway in St. Louis.

There, he removed a bag from the truck containing $50,000 and left it in the middle of the street. His aunt got the bag from the street and left the area with the money, according to federal prosecutors.

The $50,000 belonged to Midwest Regional Bank, which was insured by the Federal Deposit Insurance Corporation.

Ross also told his aunt he fired the shot that killed 7-year-old Xavier Usanga on Aug. 12, 2019 — the day before the theft — according to court documents.

His public defender said Ross had a low IQ, had no prior convictions, was receiving disability benefits and noted homicide detectives described his personality as paranoid.

“It doesn’t make sense that he would fire with no provocation,” Beimdiek said.

On the day of the shooting, she said Ross was walking near the 3500 block of N. 14th Street wearing a bullet-resistant vest when he saw two young men walk off a porch not far from him. She said he fired at them in self-defense and argued the state’s Castle Doctrine allows someone to fire in self-defense “even if they are not shot at, but if a weapon is produced, he can use lethal force.”

“He regrets what he did, he accepts responsibility for stealing the money,” Beimdiek said. “We don’t know what gun killed that little boy. It’s a tragic thing, and he’s expressed his condolences to the family and said, ‘I’m not a killer. I don’t go around shooting people.’”

She called the government’s theory about how Ross was upset about a lottery ticket “a stretch.”

Federal prosecutors said Ross told others he knew wearing the vest was controversial and had said, “people would kill for this vest.”

On the day in question, prosecutors say the two teens made a comment to Ross about the vest, asking if it was real or if it worked before he opened fire on them.

Sippel disagreed with Beimdiek’s interpretation of the state’s Castle Doctrine, saying, “Words alone do not justify the use of a weapon.”

Audio evidence captured the sound of the 14 shots Ross fired that day. He fired six shots at the two teens not far from Usanga’s house. Then fired another eight shots in the direction of the child’s house from another location nearby, believing that’s where his targets had taken cover.

He also struck both of the teens. One of them told police he fired a shot from his own gun into the air to draw attention to his location because he feared he would bleed to death in his hiding spot.

Usanga's parents were not in the courtroom Tuesday, but his mother spoke with 5 On Your Side's Robert Townsend Tuesday night.

“My son was happy and always smiling and playful," Dawn Usanga said. "He was just about to go to second grade when he was killed. It’s just something that was totally unexpected and he was starting to get into getting out with his sisters in the neighborhood.”

During the interrogation, federal prosecutors noted St. Louis investigators gave Ross several chances to “help himself,” including asking him if he was afraid because the teens he was shooting at pointed a weapon at him.

“Instead, he insisted they shot at him,” Behrens said, noting the only ballistic evidence police found at the scene came from Ross’s gun along with the single casing from one of the victim’s guns at the location where he was hiding.

Behrens paused to compose herself after she put a picture of Usanga on TV screens inside the courtroom.

“The state chose not to charge Ross in this case,” she said. “And I have no comment on that simply because I don’t know what evidence they had or didn’t have.”

She continued, “The shooting was the motive for the theft that happened 12 hours later. What the Circuit Attorney’s Office decides to do has no bearing on this court, and I know Malik Ross shot that 7-year-old boy and the next day, he tired to leave town.

“Those facts are undisputed.”

She added Xavier would have turned 9 years old this year.

The booking photo used in this story is from the St. Louis Metropolitan Police Department from its investigation into Xavier's death.