Police say the girls robbed other teenagers at gunpoint during a party at the St. Louis Union Station Hotel Sunday

Police first spotted the car at about 9 a.m. near Lindell Boulevard and Boyle Avenue. The driver refused to stop and fled from police, police said.

It then struck a concrete bollard at the corner of 20th and Olive Street -- about a block from police headquarters -- and caught fire. Pursuing officers rescued two teenaged girls from the car, arrested them and extinguished the fire, police said.

There were no apparent injuries, but EMS was called to the scene, police said.

Police said they believe the girls are two of three girls who robbed two other teenaged girls at gunpoint during a party at the St. Louis Union Station Hotel just after midnight Sunday.

The victims, ages 17 and 16, told police three girls, between the ages of 16 to 18, came into a party at the hotel dressed in all black.

One of the girls stole the keys to a 2014 Hyundai Accent from one of the victims and struck her in the back of the head with a gun. A second girl struck the second victim in the head multiple times with a gun while stealing her purse.

The second victim was taken to a hospital where here vitals were stable. 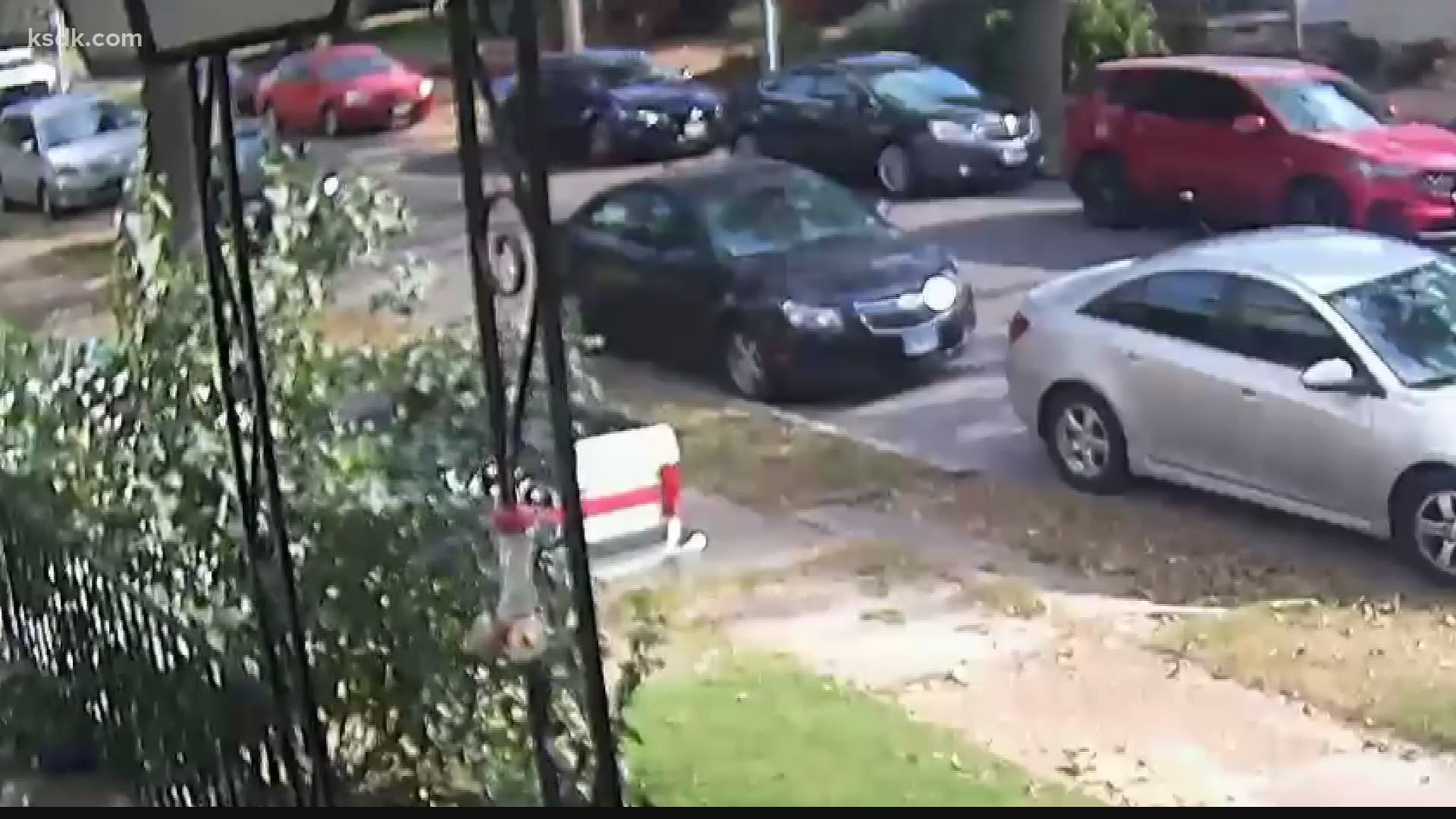