How to weigh in on a study that breaks down equity in St. Louis police interactions with residents 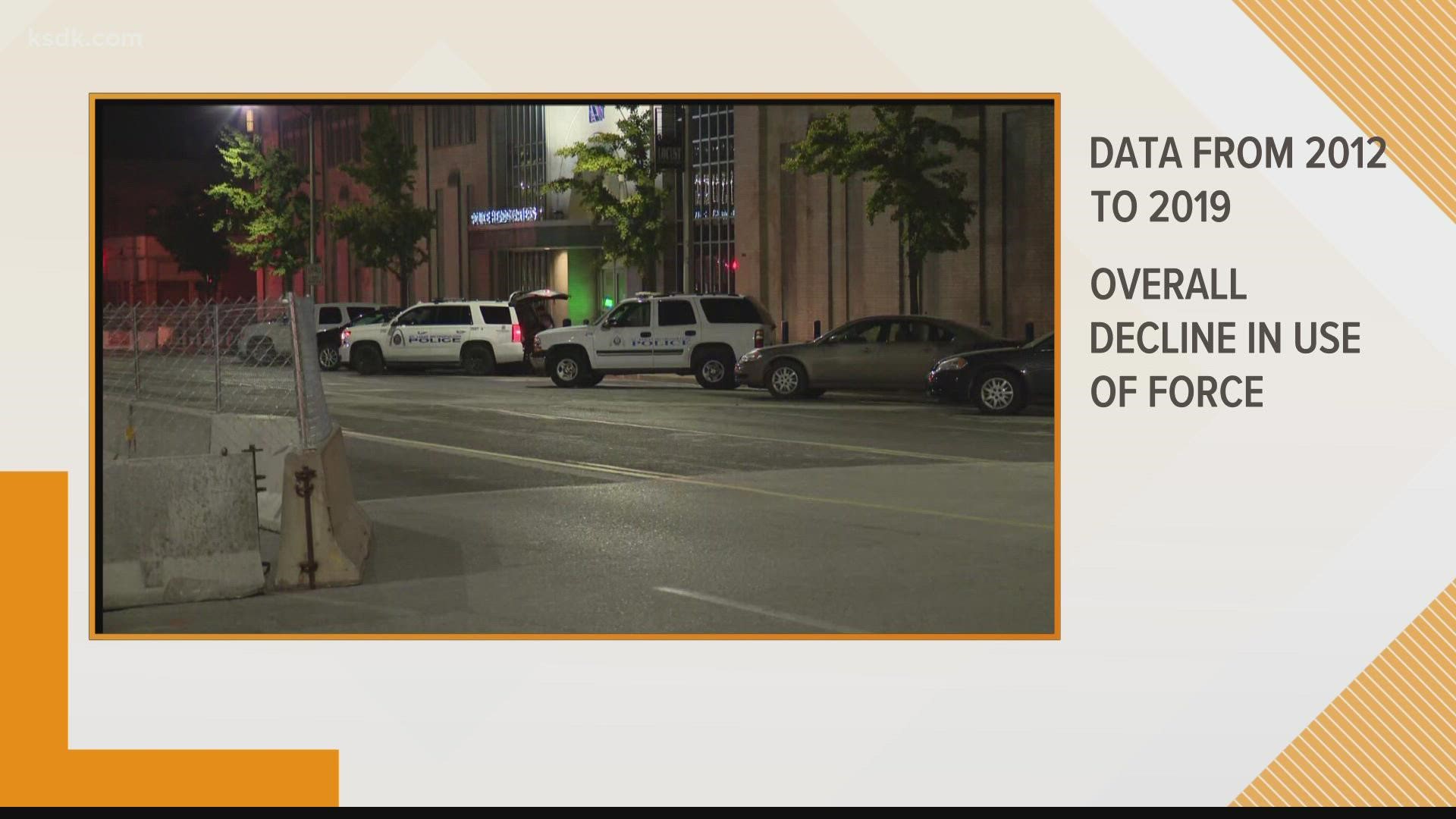 ST. LOUIS — A deep dive into a multi-year analysis of the St. Louis police department's policing practices will be discussed Thursday at virtual town hall. The police department, Mayor Tishaura Jones and other city leaders encourage community members to participate in the discussion. Those interested in attending can RSVP online.

Last Thursday, a seven-year look into St. Louis police department statistics showed “use of force” incidents have decreased, but Black residents were disproportionately subjected to force and other police interactions in the city.

That’s one of several key findings in the analysis released by the Center for Policing Equity (CPE) and the St. Louis Metropolitan Police Department. The report dove into policing practices and behaviors as the center works to compile a national database of statistics, which in the future can help develop data-driven reforms in public safety.

CPE collected data from the police department on use of force, vehicle stops and pedestrian stops from 2012-2019. The goal was to see whether people of color experience “frequent or burdensome police contact at a greater rate than other groups,” the center wrote in a news release.

CPE listed the following key findings in their seven-year analysis:

CPE has been working on public safety plans with the St. Louis police department since 2016. Thursday’s report offered a look at how far the department has come and which areas it still needs to improve.

“As accountability has been one of the pillars of my administration, I believe we have made great strides in the past four years in ensuring our Department serves our community in a fair and equitable manner,” said Chief John Hayden. “It is understandable that this kind of research can bring about scrutiny and question policing practices. However, we embrace the challenge to do better and consider all suggestions from professionals, community stakeholders, and citizens."

“These are important conversations for St. Louis to have, and I look forward to continued partnership with CPE and leaders in our city to engage with this important and insightful data,'' said Mayor Jones. “From 9-1-1 data to our police policies and practices, it is our job to learn from the past to shape a better, safer, and more equitable future.”

The full report is available on the City of St. Louis website.