Illegal dumping carries a mandatory 3-day jail sentence and up to a $500 fine, prosecutors say 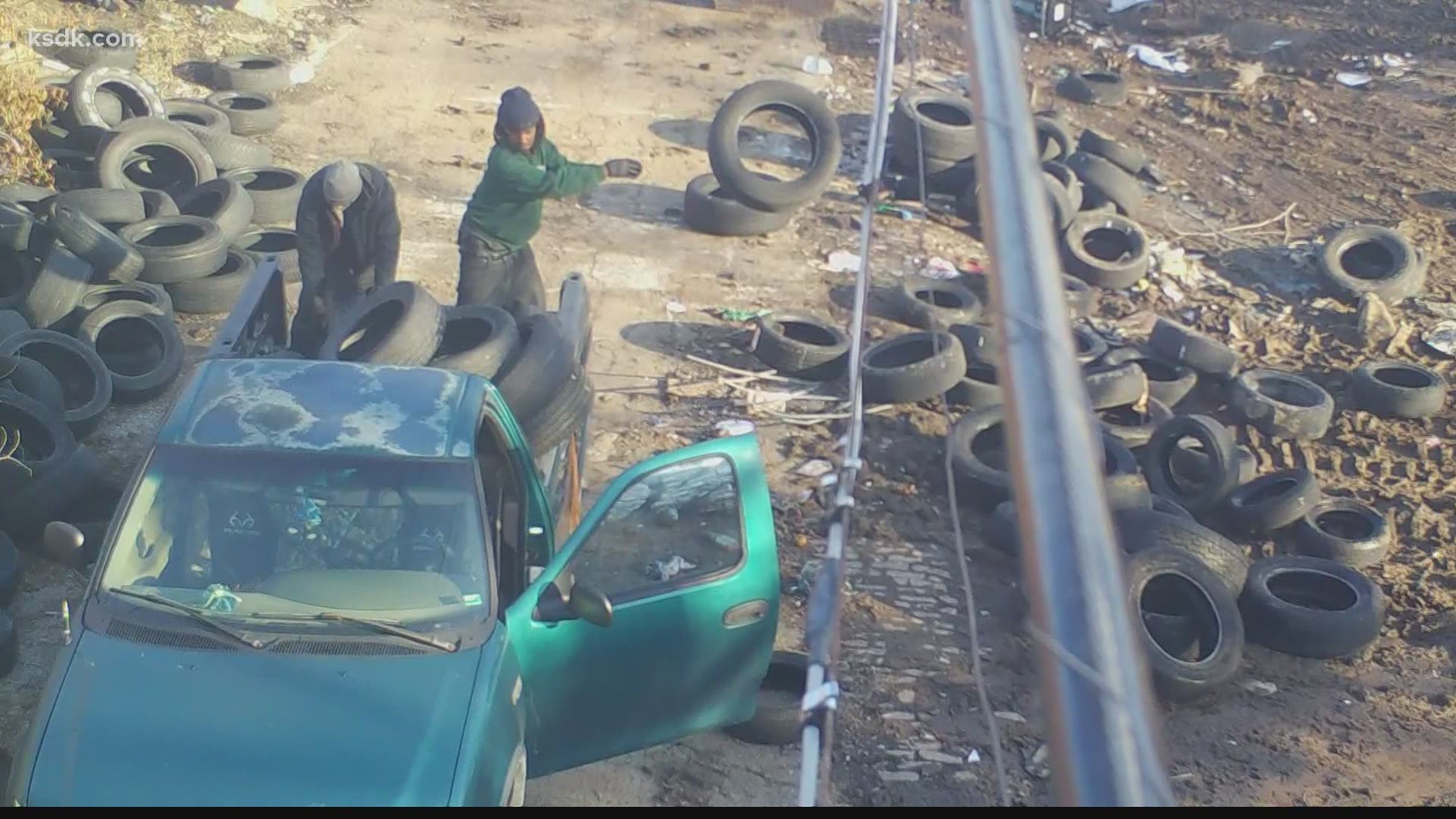 ST. LOUIS — Two men are facing charges in connection with illegal dumping in The Ville neighborhood of St. Louis. The St. Louis Police Environmental Investigative Unit, otherwise known as the “Trash Task Force,” is cracking down.

Jonathan Fisher and Mark Santanello are charged with 26 counts of dumping debris or unlawful disposal of tires.

Neighbors said the dumping takes away from the quality of life they work hard to maintain in their homes.

Nora Mays lives in a home near Dr. Martin Luther King and Cora. Trash dumpsters are visible in the alley behind her house, and Mays said that alley is where illegal dumping takes place.

“I’ve chased people down the alleys with my phone trying to take pictures, but they’ll just keep going to another alley, or wait until I’m not out," she said "Then they’ll come back and dump it again.”

Investigators said they have security photos depicting the illegal dumping of tires over a six-day period in February in an alley in the 4500 block of Maffitt.

St. Louis Mayor Lyda Krewson said it is important to hold people accountable for illegal dumping. And thousands of dollars in reward money have been given to people who have reported dumping in their alley.

“Trash and dumping in our alleys is a quality of life issue," she said "It’s not the biggest issue facing our city, but it is one of the issues, because as you know - trash begets more trash.”

“This year we’ve issued 144 summonses, which is quite a bit more than this time, last year," he said. It’s hard to say how many they are actually doing, but we’ve caught 144 so far.”

Prosecutors said illegal dumping carries a mandatory 3-day jail sentence and up to a $500 fine.

“Those persons that get convicted of illegal dumping get 40 hours of community service picking up litter,” said Rich Sykora, who works in the St. Louis Counselor’s Office.