While Citygarden may be a beautiful setting, Market Street between Eighth and Ninth is turning into a very different scene at night than it is by day 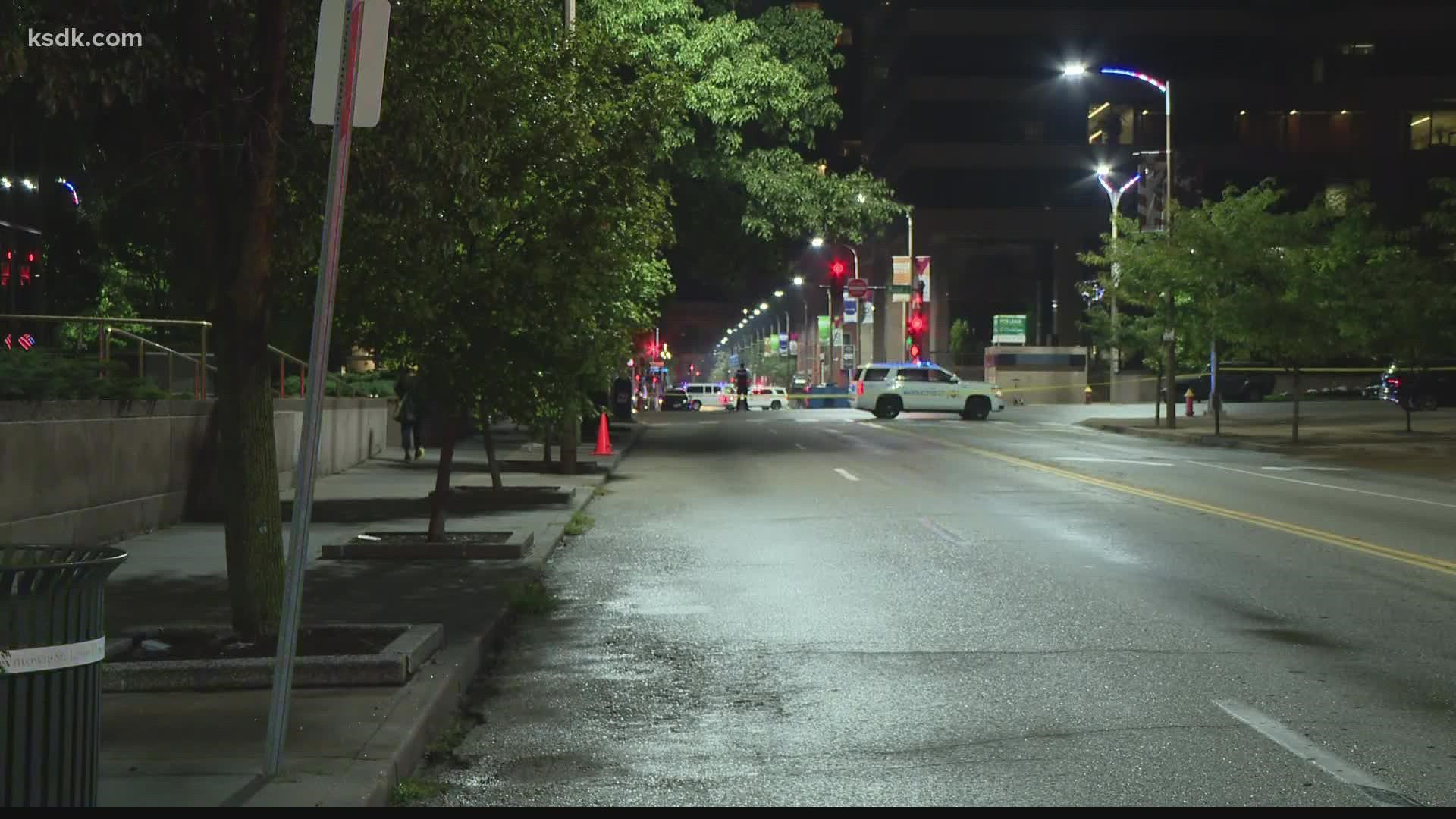 ST. LOUIS — Police are investigating after three people were shot and wounded early Sunday morning in downtown St. Louis. It happened along Market Street near Citygarden, where police say young people have recently been gathering in large groups in the middle of the night.

While Citygarden may be a beautiful setting, Market Street between Eighth and Ninth is turning into a very different scene at night than it is by day. Repair crews at the Peabody Building downtown Sunday morning worked to replace windows that were shot out overnight.

Police said the three people wounded were shot while standing around their vehicles on Market Street.

“We believe some of the shooters were in Citygarden," Lt. Mathew Karnowski said. "We also believe, based upon evidence we have located so far, there were multiple shooters in this incident.”

After several officers responded to the scene, groups of young people remained on location.

“Upon officers’ arrival, the scene was extremely chaotic,” said Karnowski. “As a consequence of that, an officer-in-need-of-aid call was dispatched.”

Police on Sunday said a female was in critical condition and two males were in stable condition.

“Over the past year or so, there’s been a number of violent crimes associated with large crowds downtown," Karnowski said. "The police department is currently working on efforts to mitigate these instances of violence and exploring ways to try and quell these issues.”

“My God, you look at it right now and you couldn’t imagine something like that would happen here," Breakfield said. "It’s crazy.”

Olinka Tomlinson and Patrick Maine were visiting from Chicago.

“We were kind of coming through here last night," Tomlinson added. "But we didn’t have any experiences or anything like that. It’s been pleasant, and the locals were pleasant. So, we were kind of surprised.”

The police report estimates there were 100 people gathered at that location when officers arrived. Police said that due to witnesses not cooperating, they weren't able to get a good picture of what happened. Their investigation continues.