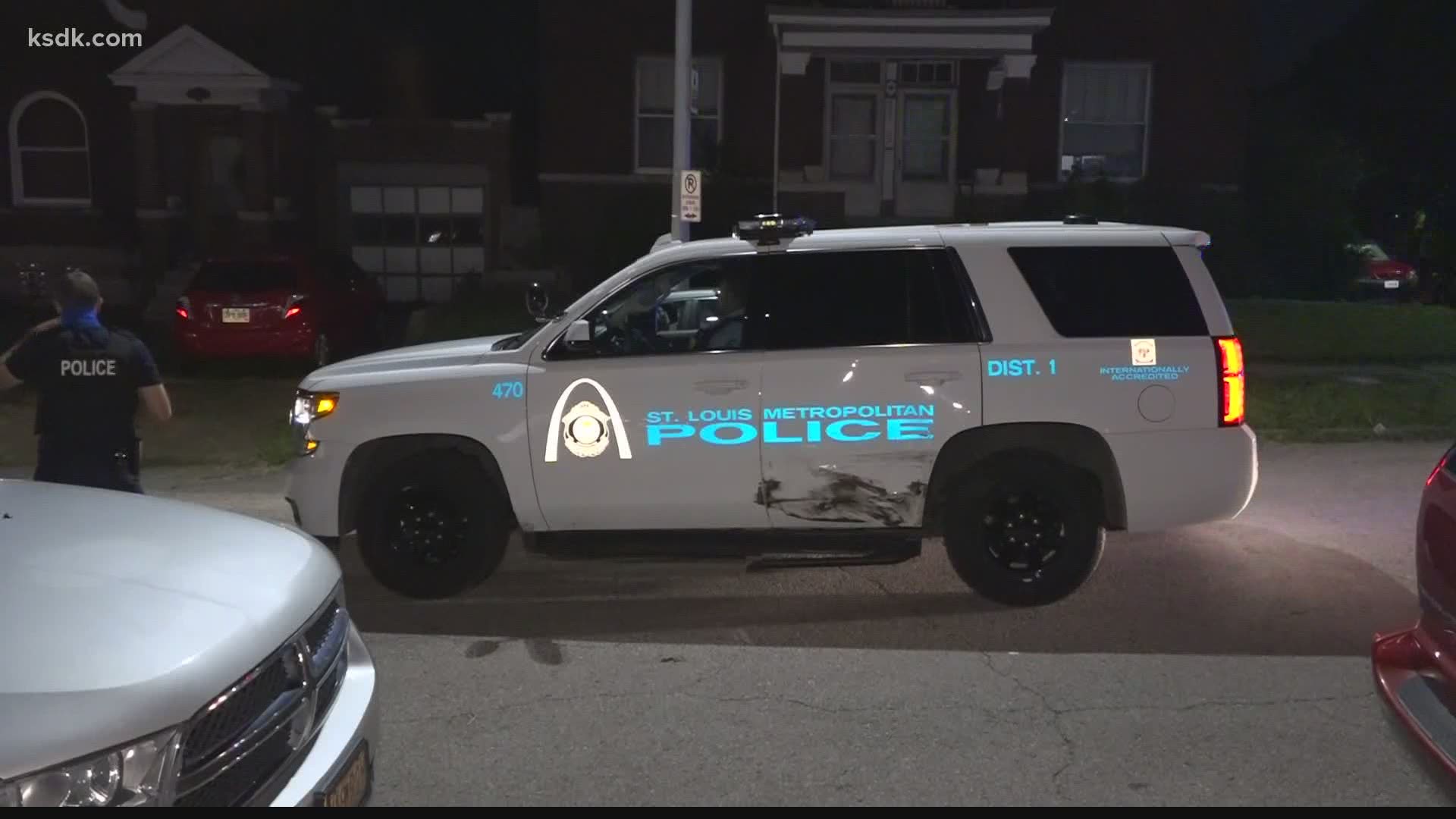 The collision happened at around midnight in the south St. Louis neighborhood of Dutchtown. The call went out for an “officer in need of aid” at Osceola and Tennessee.

Police on the scene told 5 On Your Side the officer happened to be in the area when the driver ran into the police SUV and then hit a parked car. Police said the 17-year-old driver then jumped out of the car and tried to run off. He was taken into custody a short time later.

Another 17-year-old and a 20-year-old stayed inside the vehicle and were also taken into custody.

Police said they recovered three guns and a computer inside the car, which was reported stolen out of Webster Groves.

The officer wasn’t injured. The police SUV had some scrapes on the driver's side near the rear wheel.

Neighbors told 5 On Your Side they heard tires squealing and then a crash, some loud bangs and people arguing.

No other information has been released at this time.