In March, the trials for Christopher Myers and Dustin Boone ended with partial verdicts. They're accused in the beating of Luther Hall during a 2017 protest 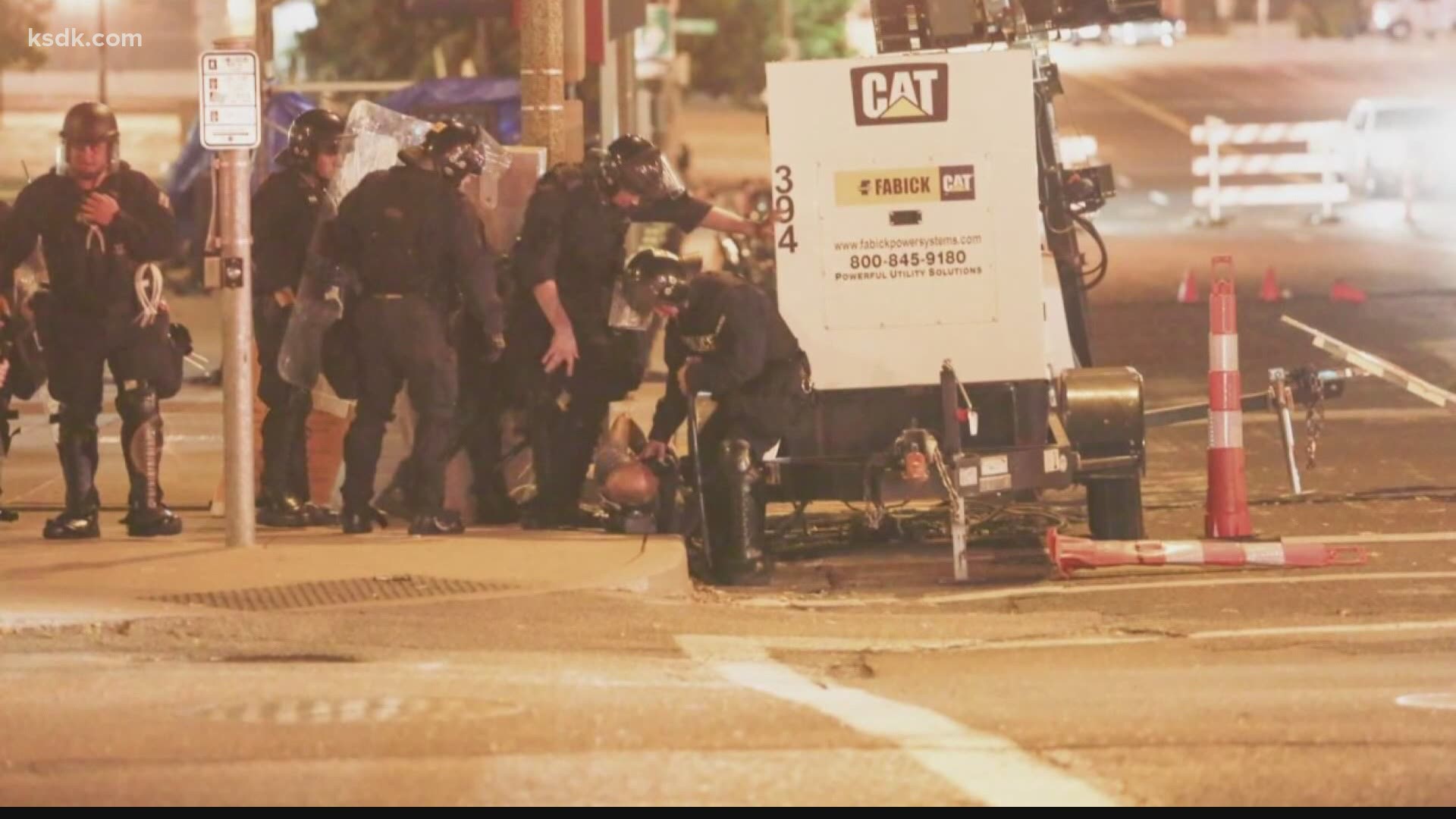 ST. LOUIS — Two former St. Louis Metropolitan Police Department officers accused of assaulting an undercover detective in 2017 are headed back to federal court this week. The retrials for Christopher Myers and Dustin Boone are scheduled to begin Monday.

Back in March, Myers, Boone and officer Steven Korte stood trial for their alleged roles in the assault of Luther Hall. Prosecutors contend Hall was working undercover during a protest in 2017 when he was arrested and beaten by SLMPD officers.

The jury could not come to a unanimous decision on either count against Boone, who was charged with depriving Hall of his civil rights under the color of law and aiding and abetting in the commission of a crime.

Two other former officers, Bailey Colletta and Randy Hays have already pleaded guilty to their roles in Hall's assault. Both are expected to be sentenced later this month.

Hall, who sustained injuries that required surgery, was awarded a $5 million settlement from the city.