Officers responded to a disturbance call on North Broadway just after midnight. While they were on the scene, they saw a muzzle flash from a shotgun fire 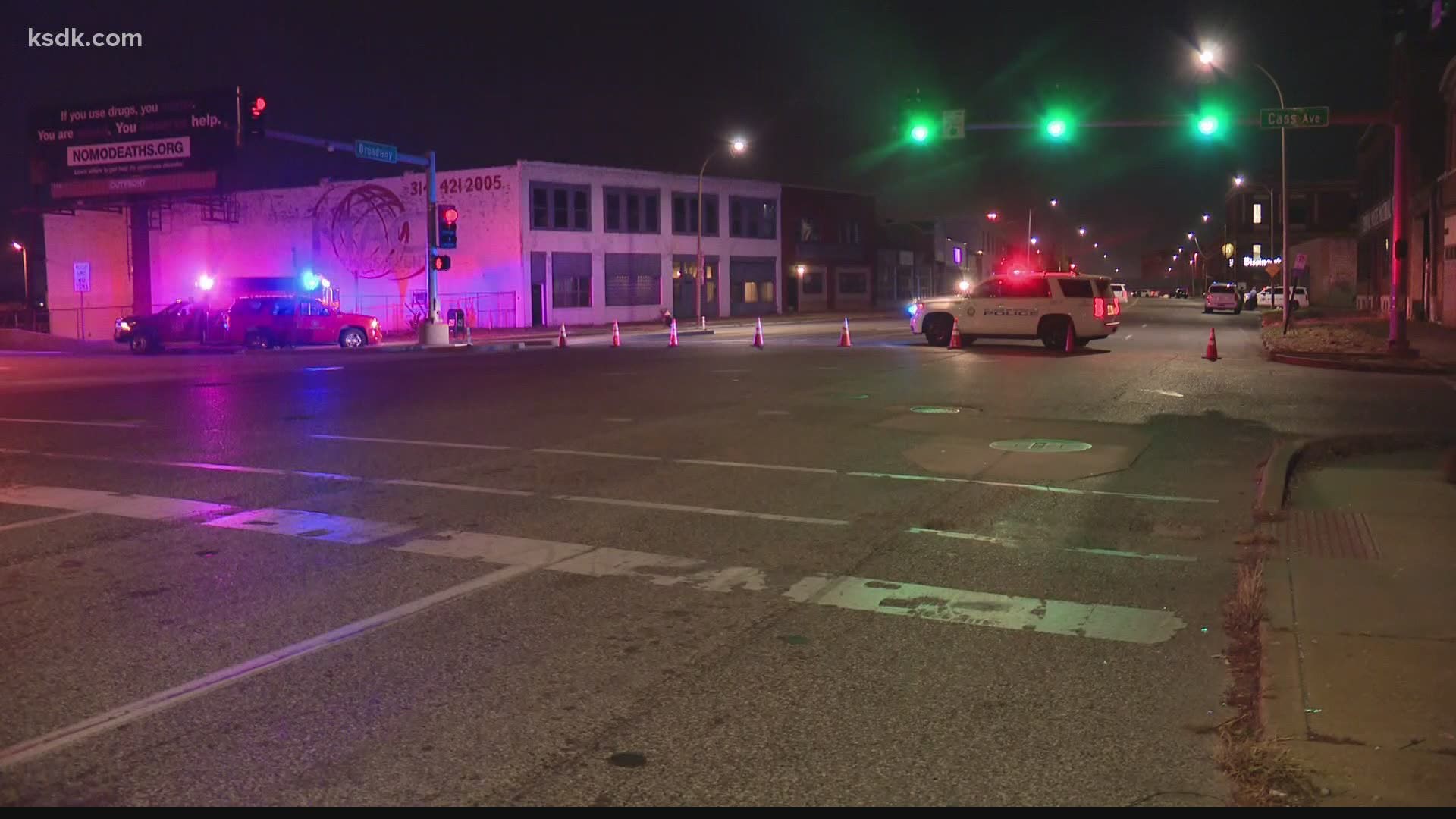 ST. LOUIS — A St. Louis police officer was shot and injured while responding to a call early Thursday morning. Police are still looking for the suspect.

Officers responded to a disturbance call in the 1600 block of North Broadway. While they searched for the person who was causing the disturbance, they saw a muzzle flash from a shotgun fire.

One of the officers was hit in the neck by a projectile, Police Chief John Hayden said. The officer was injured and is expected to recover. Police said the projectile was removed by doctors.

The officer who was shot Thursday has been with the department for just under two years. He is 32 years old. Hayden did not release the officer's name.

Police said they are still searching for the gunman in this case. They have not released further information about the person responsible.

"They were just doing their jobs," Hayden said.

Chief Hayden called the situation especially unsettling because a disturbance call is the most common call they get. And for an officer to be shot before even making contact with a suspect is even more troubling.

“Our officers are under assault. There's no other way to put it,” Chief Hayden said early Thursday outside Barnes-Jewish Hospital where the officer was being treated. "I've been in the department for 34 years. There has never been a time when officers have merely gone on a call, they haven't confronted anybody... and the sentiment is that officers can be shot at."

This officer is the 10th shot in St. Louis since June. Hayden said it’s a disturbing trend for our area and said it’s also becoming a problem nationwide.